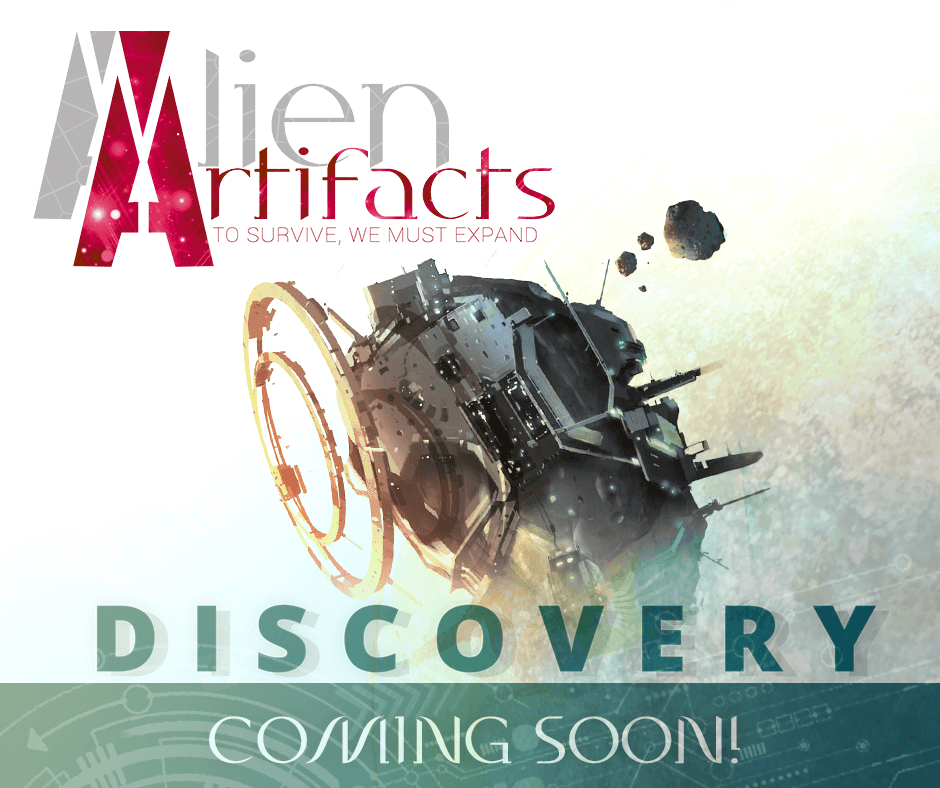 Alien Artifacts is a sci-fi strategy card game released in 2017. It was met with a great reception, both by fans and reviewers alike. And soon Portal Games is going to release the first official expansion for the game – Alien Artifacts: Discovery.

We are very proud to announce, that simultaneously to the expansion we are also in the process of making the second re-print of the base game! What’s more, we are currently printing the French edition of the base game, and the German edition of both base game and the expansion! We are also finalizing the Spain edition, so you can look forward to that in the near future! And for our fans in Brazil, we are planning the Portuguese edition too!

As you can see, Alien Artifacts are a huge worldwide hit, thanks to you, our fans, who play, enjoy and talk about this game! Thank you very much! 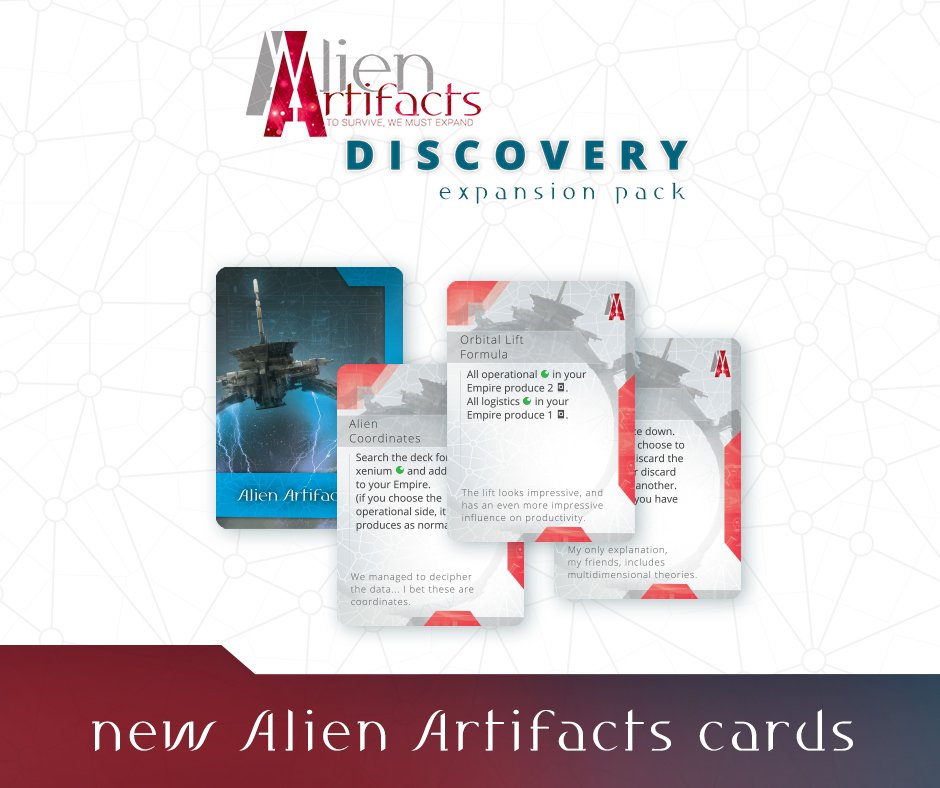 After two weeks of Early Launch the expansion will hit all the channels of distribution on March 21, 2018! 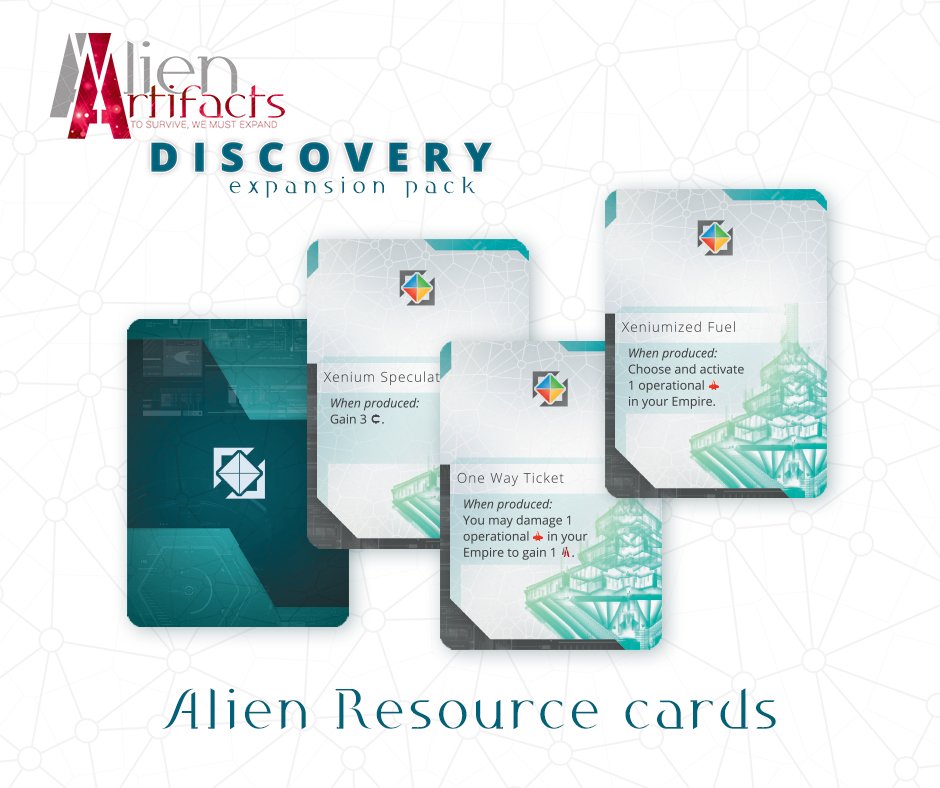 The Discovery expansion for Alien Artifacts moves forward the storyline of the universe and introduces new cards – along with a completely new type of cards, Alien Resources. Get new ships and new technologies and send your research vessels into uncharted space. Explore the galaxy for anything — or anyone — you can exploit.

Discover new Alien Artifacts and use them to expand your interplanetary corporation! Harvest new alien resources to surprise your opponents and win the race for the domination in the galaxy! 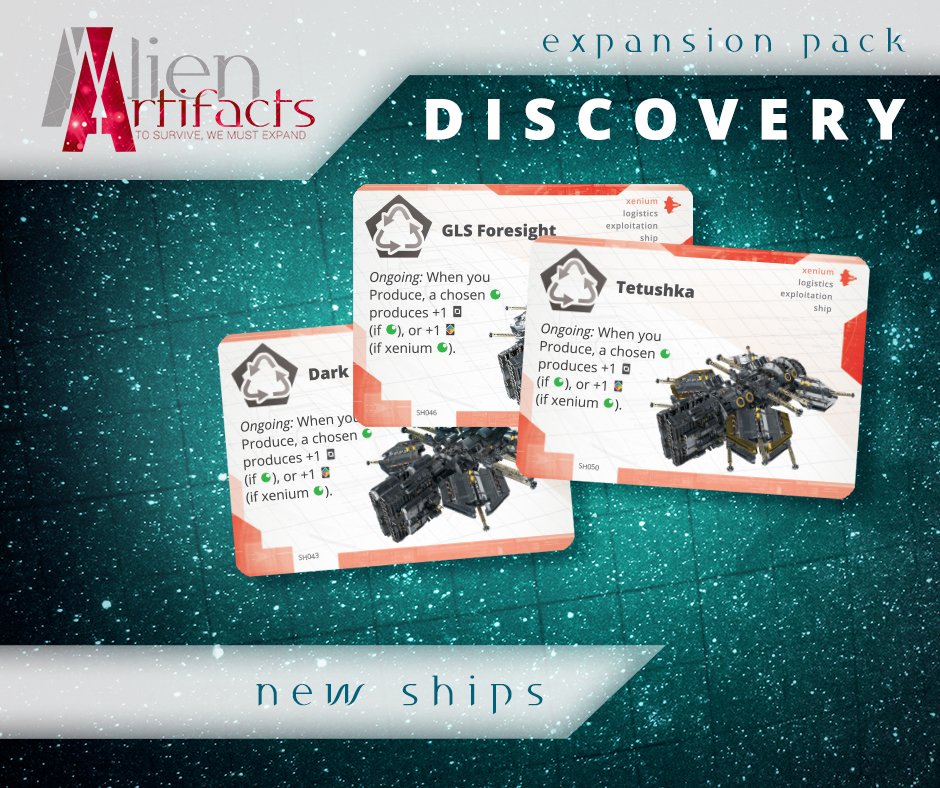 Learn more about the Artifacts’ Universe

Portal Games not only makes games to be enjoyed while playing, but also games that tell stories. Every two weeks (more or less) we release a new chapter of an Alien Artifacts lore series, that will introduce you to the universe of the Alien Artifacts. Witness the various facets of this world, its heroes and the events that take place during the monumental shift in humanity’s history. A shift that was initiated by the discovery of an alien race: its creations, technologies, architecture and philosophy. 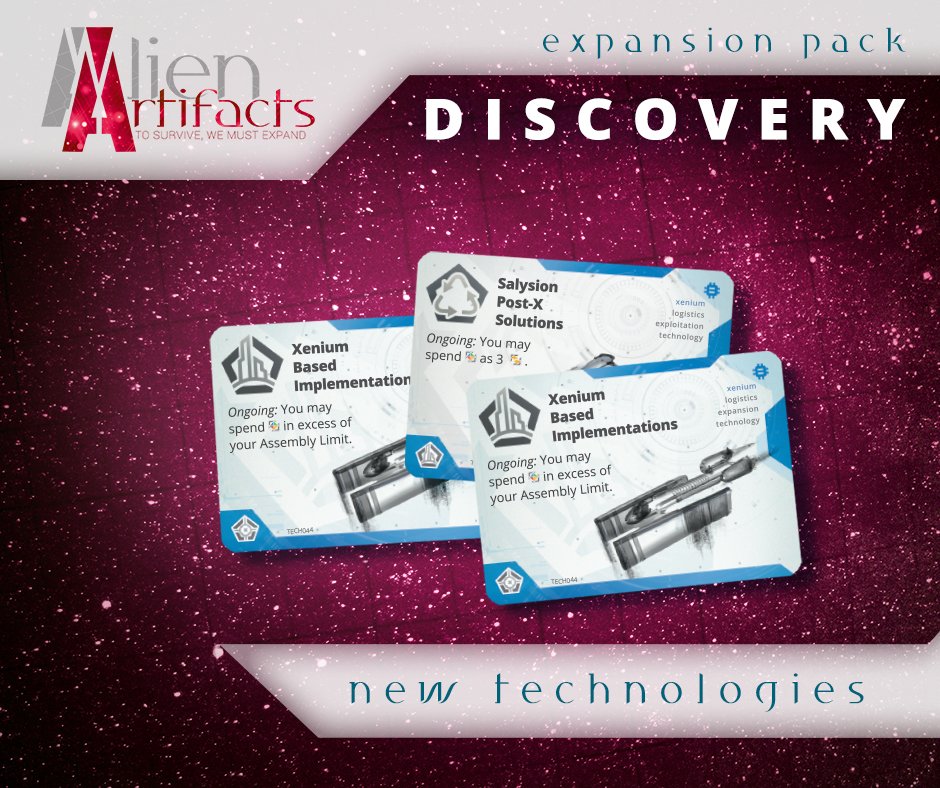 Look up to the skies and see the Discovery!
Jacob from Portal Games