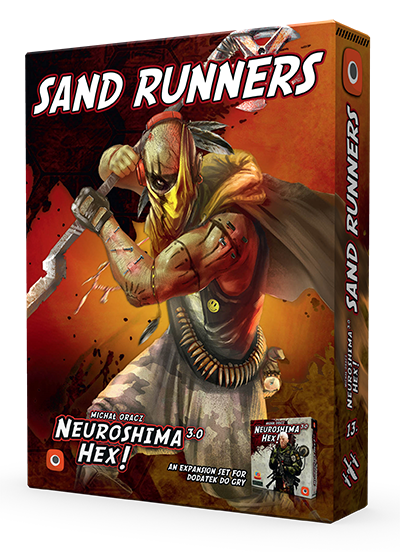 Sand Runners are the remaining forces that were once sent to face Moloch at the very beginning… A bunch of nut-cases who lost their minds during that time. They’re loose cannons with a light approach to their life, but don’t let that fool you, they are persistent. Some may think – well, but that’s all? The very moment people believe that they know everything there is to know about them, the most bizarre things happen… things that are unexplainable… The main advantage of this army is its ability to turn off the fundamental board space during the Battle with the use of Sandstorm. Some Sand Runner Warriors have Features like Modules which helps them support each other during Battles. Additionally, the HQ is double-sided, which allows it to eliminate a single, slower threat before it attacks. Their disadvantage is their low starting initiative, and the fact that an unfortunate change of the HQ side may result in the inability to kill adjacent units during the Battle.