This awesome Imperial Settlers mini-expansion that enhances your gaming experience by adding new rules for players interaction through diplomatic means! There are two separate tiles, with two sides each, that includes: 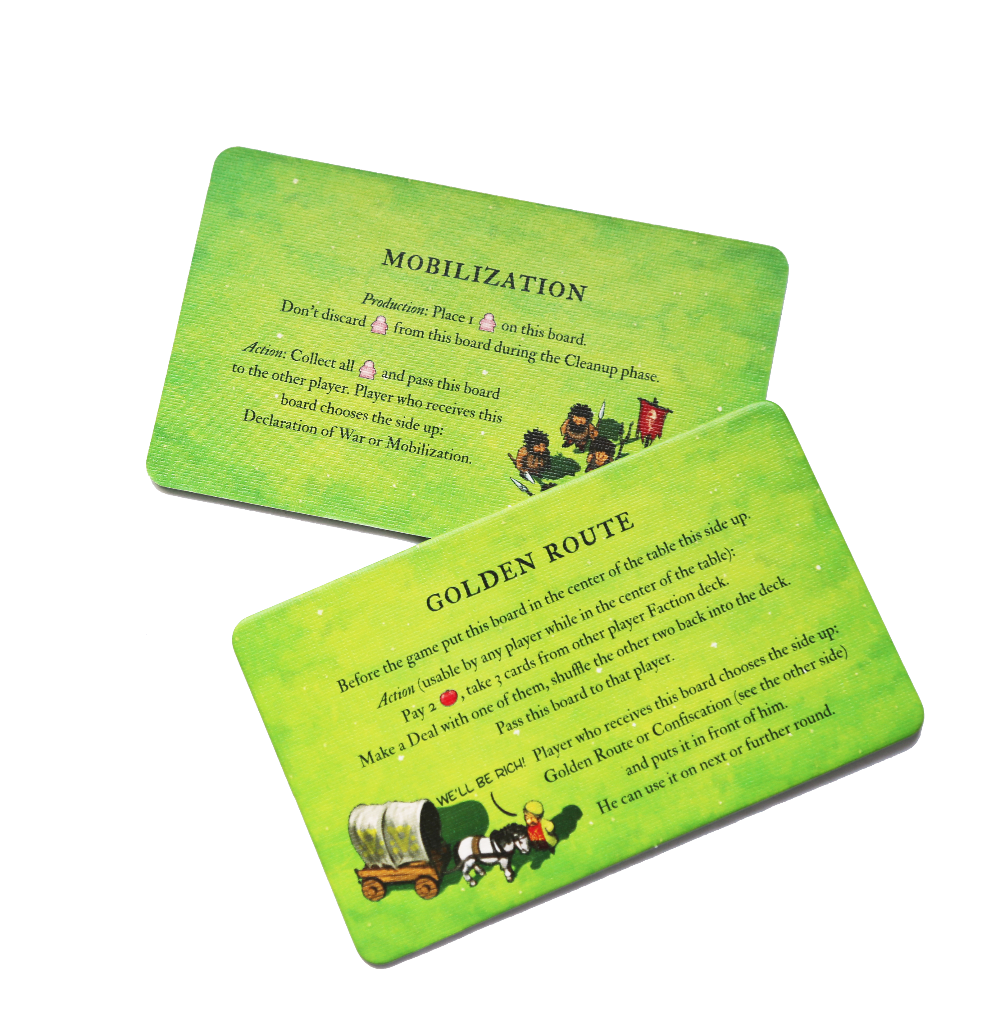