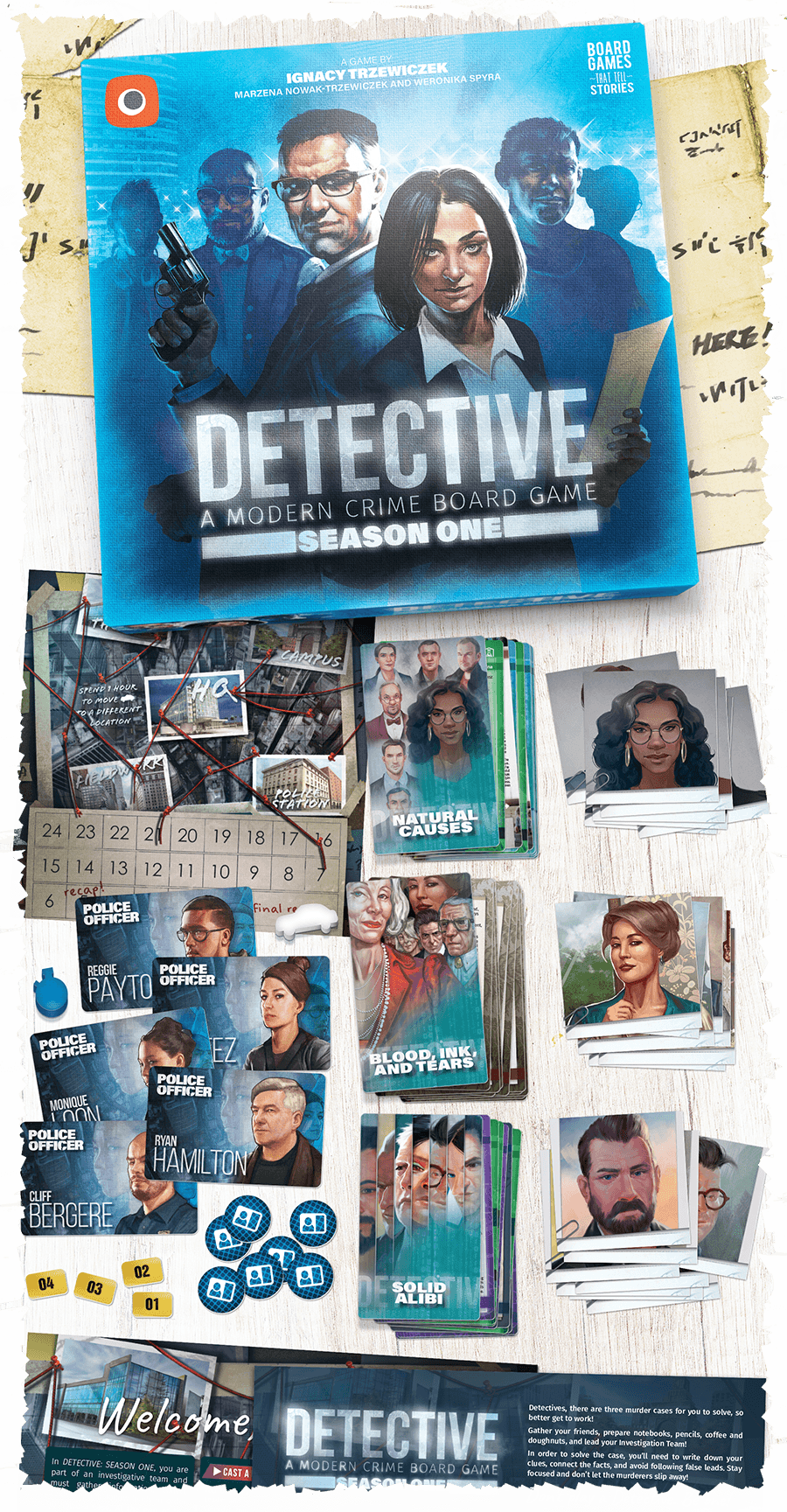 Detectives, we have 3 new cases that require your expertise—gather your friends, prepare your notebooks, pencils, coffee, doughnuts, and get to work! In order to solve the cases, you’ll need to write down your clues, connect the facts, and avoid the pitfalls of false leads. Stay focused, and don’t let the murderers slip away. Don’t play a Detective. Be one!

Detective: Season One is a stand-alone game based on the bestselling and award-winning Detective: A Modern Crime Board Game. It’s a new set of 3 unique cases with varying styles and locations—they’re like no Detective case you’ve solved before. It’s a fully cooperative game for 1-5 players that will transform your game nights into fascinating investigative experiences.

The cases you’ll find include an investigation into the murder of a dactyloscopy specialist, scrutinizing the motives of an English family for the murder of a wealthy patron, and a dark exploration of the mafia underground… Enjoy a new engaging form of gameplay, updated changes to Antares, and a lighter and wittier style full of humor and depth for new and old Detective fans. 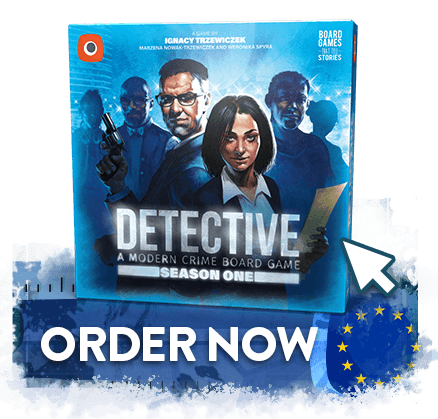 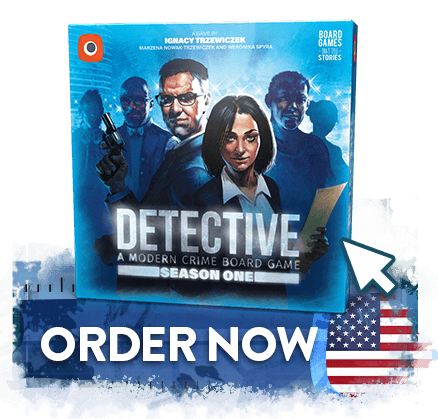 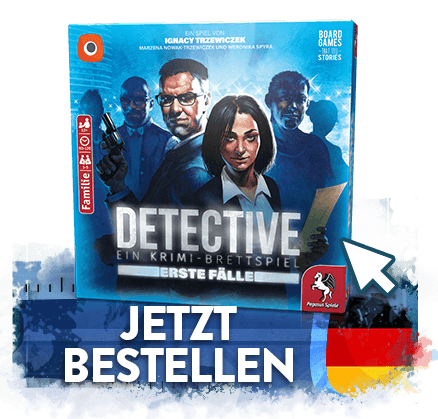 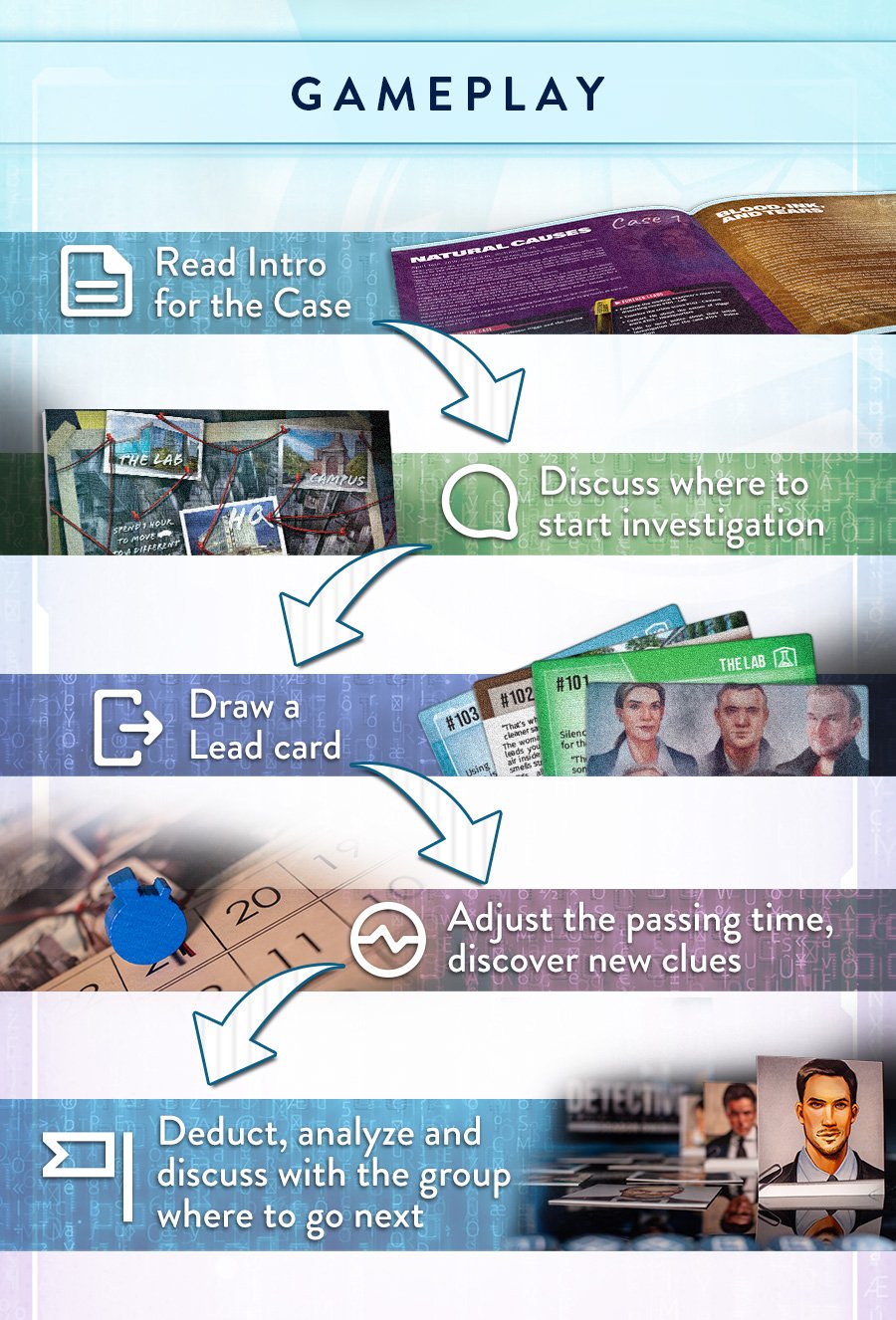 In the box you’ll find 3 stand-alone cases, each comprising a 24 card deck. There are new investigators boards specifying what work they have to do. We’ve also added 24 portraits of suspects that you can pin to your corkboard, connect with red yarn, and uncover a network of criminal connections.

Don’t let the stories end: Season One is fully capable of online play via Zoom, Discord or Skype—true to our dedication that Portal Games are games that tell stories.

Thanks to a separate game board, markers, and tokens, Detective: Season One is a fully stand-alone game that you can play without needing our best-selling Detective: A Modern Crime Board Game. 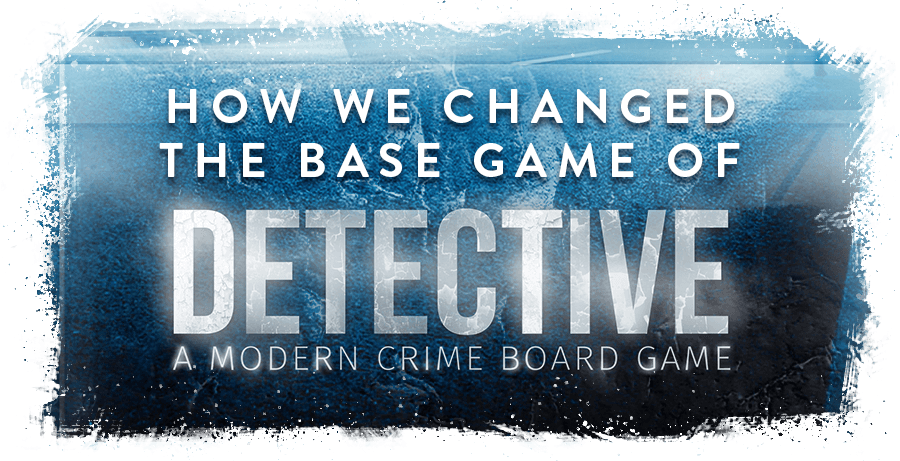 We started working on Detective: A Modern Crime Board Game in early 2016. After two years of development and playtesting, the game was released and became a worldwide phenomenon.

Detective: Season One is being released four years later, and what’s more important, eleven Cases later. Our development team has learned a lot about the system, players’ expectations, has read feedback from all over the world and became much better prepared to design each new Case for the game.

Cases are shorter, and yet as much engaging as the longer ones. The text on the cards is shorter, and yet, provides as much information and clues as in the original game. Over these four years, we have learned more about every part of the game, and we have improved it. Detective: Season One presents one of the best Cases designed for Detective yet. They are sharp, witty, engaging. And we cannot wait for your feedback and keep improving!

You can find the rulebook below. And don’t worry, we cut out any spoilers.