The world you know is here. The memories of a brighter, better world are mere words washing away with time. This harsh environment is all you know, and you’re about to meet its creator: Moloch. Laying dormant for some time, allowing you to build up a small state and piece together an existence, Moloch has returned to remind you of your insignificance. The great machines are here to destroy your progress, but lucky for you, Moloch may have underestimated your ability to persevere. You’ve discovered that hacking these brutal machines may not only provide for your state, but perhaps unlock a vast new potential for the future.

51st State is a card game set in the Neuroshima universe, from Portal Games’ best-selling role-playing game. This new expansion brings Moloch—the harrowing, destructive force of Neuroshima—to the foreground of your playing experience. It is also a special addition to 2020, the Year of Moloch, a celebration of the 10th anniversary of the 51st State.

The Moloch State Pack expansion adds something special to the original mechanics you’re familiar with. New cards add Moloch’s Machines to attack and destroy you, but you’re not alone. This expansion adds a semi cooperative element for extra depth and replayability that allows players of 51st State to enjoy the game further, and keep them coming back for more.

23 double-sided Machine cards (to use with this set)

The Moloch State Pack is a new set of cards you can use during your games of 51st State: Complete Master Set. Set up the base game as usual with the following changes and additions: shuffle all 27 cards of the Moloch set together with the 88 cards of the Base Set to prepare your deck for the game, then shuffle the Machine cards to create the Machine deck. You also choose a difficulty that you face for the game ahead.

This expansion introduces additional phases to the game, here is the expanded phase order:

If you want to have a more cooperative experience while fighting the Machines you may Hack or Destroy the Machines together with the other players. 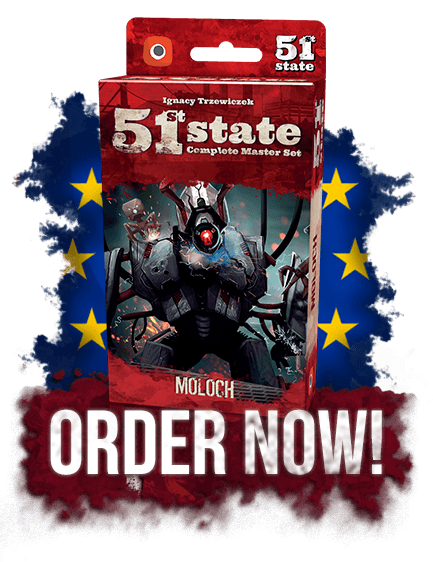 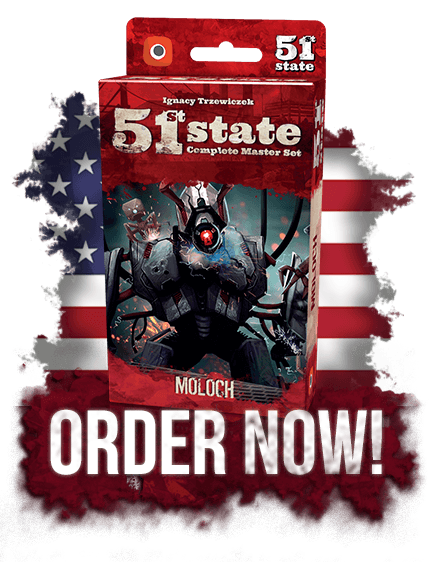 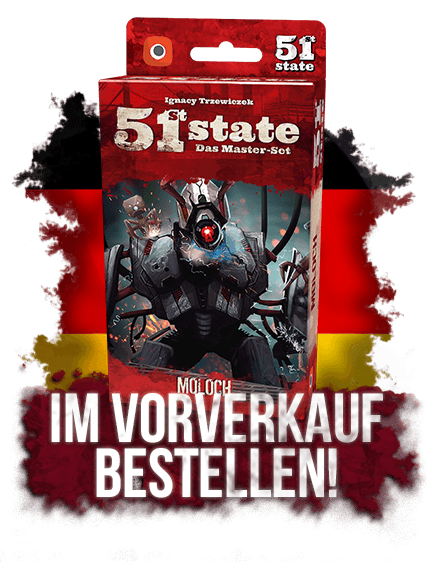 Informations for UK citizens about ordering after Brexit