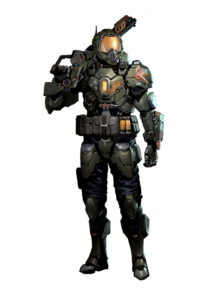 – Will you help me or do I have to drag this alone? – Orbert huffed, irritated, when the tech-bot ignored his command yet again.

He was on the station all alone. Not including, of course, a small army of service robots, all networked together and slaved to the two separate AIs: the system one, which lacked even a basic avatar, not to mention a name, and the other one, taking care of the more humane aspects of his stay at the station, responding to the name Anais.

Not including his wife Ruth and three of their lovely children, currently aged 9,7 and 4. He was testing options with children both younger (confronting the wailing Armageddon made him abandon that idea rather quickly) and older (the teenage drama was too much for him to handle). In the end, he decided that that particular setup – 9-7-4 was the best compromise of the contract for a solitary service-and-transmission station personnel and his abilities

Not including also Amy, who was partly a nanny for the kids, and partly a lover for himself. Amy was eighteen (as he made sure at the appropriate moment) and was an untamed, flirty girl, contrasting pleasantly with Ruth’s mature womanliness. Back-and-forthing between these two was taking up most of his free time.

Not including Ed – his drinking buddy, who he watched sports and played VR games with. And Frank, with whom he played chess, frequented concerts and attempted to compose a rock-opera with. He had a bar with some regulars – just a little short of a gin mill, with six tables and a jukebox. It was very retro, but it was familiar and cozy. He also had a small church, led by pastor Agatha –who he hadn’t decided yet if he wanted to keep a solely spiritual relationship with, or to include in the game he had with Ruth and Amy. And there was the gas station, where Tommy sold not only petrol but also various odds and ends.
There was a total of twenty-three people there, sometimes even more, if the monthly balance was on plus. But at the same time, as the only non-virtual person on the station, he was alone like a damn lighthouse keeper.

This entire junkyard started off as a cosmic town. The transfer station was outfitted with Class Three docking station – fifteen years ago places like that buzzed with life, forming the nervous system of the Star Union. These stations, located along the startrails, away from planets, big stations and asteroid belts had a role to fill: many civilian ships just had to stop there in order to abide with the security protocols on long hauls.

Everything changed when artefacts have been discovered. The new tech revolutionized communication, engines, the way ships were built and the travel itself, dooming places like Orbert’s station to a bleak existence. They were still supported as a plan B and C in case all other options failed, and as a junkyard for the obsolete tech. But a crew was not needed anymore – and in all honesty, keeping even one person on board was more the result of the conservative tactics the Ministry of Communication decided to follow than an actual need.

– Hey! Hello! Wake up! – the robot was motionless. Orbert cursed, switched the hydraulic lift to standby and turned around, furious. – Anais, darling, would your underling be so kind as to start doing its bloody job…- he stopped mid-sentence. He noticed that not only the robot was inactive: the whole section froze. – Anais? – the AI didn’t answer.
– Hello, Ruth?
– Kids?
– Anais, what’s going on?

No one answered. He walked over to the nearest terminal, turned it on, and checked the status. Primary functions – life support, gravitation, power – everything was fine. And that was everything which was fine. All the other functions, classified conveniently as “secondary functions” – the virtual specs, simulators, social prostheses and even the virtual interface he normally used to communicate with Anais – were gone. This didn’t even look like a malfunction – all the options were simply gone, as if they never existed.
For the first time during his nearly three-year shift Orbert realized the thing he knew, but always pushed to the back of his consciousness. He was just one man on a station. Alone, surrounded by billions of tonnes of steel and the vast void of space.
Only the proximity alarm saved him from a panic attack. Someone – or something –was approaching the dock.