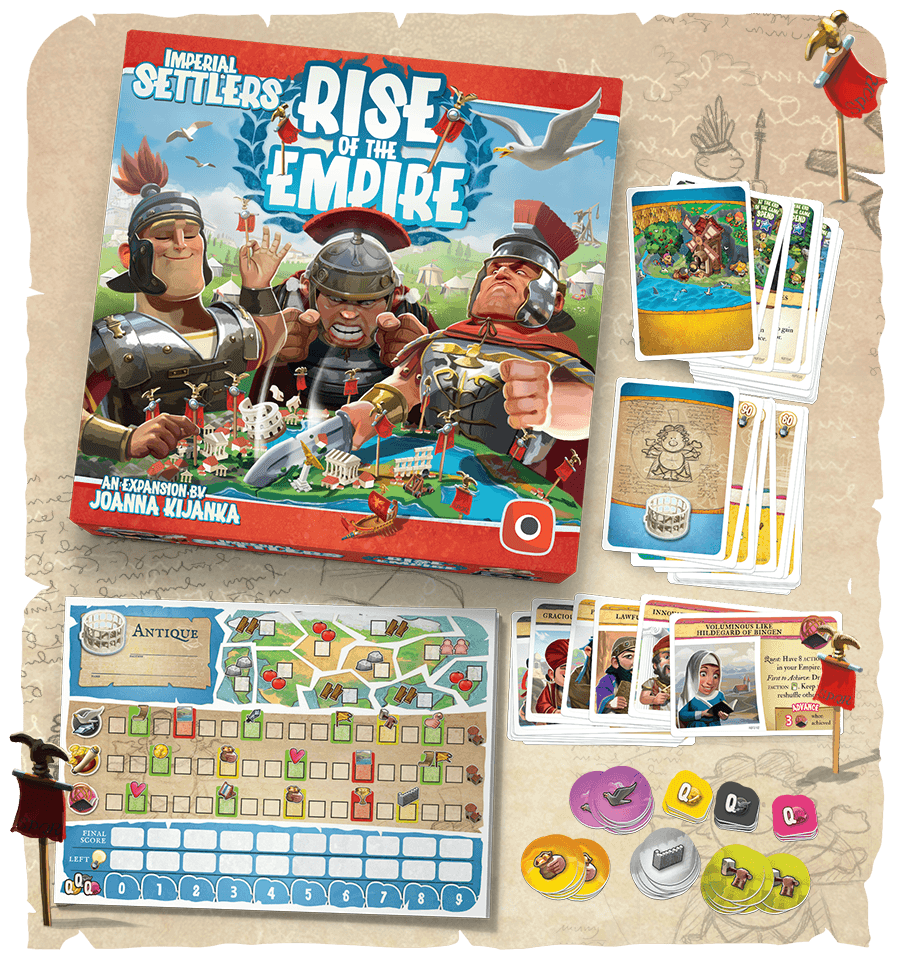 Build your civilization from ancient times, through the Middle Ages, to the Industrial Revolution and present times. Conquer provinces in a new campaign mode, fulfill Military, Economic, and Science Quests, in order to advance your Empire in various fields. As you progress, you will gain access to new Inventions and Provinces, providing you with bonuses for the next games, and a chance to move your Empire into a new Era.

Rise of the Empire is an expansion for Imperial Settlers, which introduces a brand new game mode: the Open World campaign, where players strive to quickly go through all the Eras, from Ancient to Modern. Playing in the Open World means that you don’t always have to play with the same group of players; moreover, your Empires can be located in different Eras during the game. Let’s highlight this once again: it can be your 10th gameplay, you can have a prosperous Empire with many Provinces, and it can be your opponents’ 3rd game, and they can still be in their first Era with a very small amount of cards. It’s OK! You can still play together, and the game scales perfectly because a more developed Empire is more difficult to provide for.With great power comes great responsibility, and your obligations may be a heavy burden. Possessing more doesn’t always mean victory – you also have to manage it well. That’s what differentiates Rise of the Empire from standard Legacy games – to play the campaign, you don’t need to always gather the same playgroup. Playing in the Open World is just like history: new empires rose and developed through ages, while the others were already thriving.

The campaign introduces new cards representing newly settled Provinces, new Inventions, and Quests that provide growth. Players’ Empires develop militarily, economically, and culturally. Players move on the Progress tracks on their Sheets. Achieving certain Progress level unlocks bonuses, and Victory Points indicate the number of Knowledge points, which can be traded for Invention cards after every game – if players can’t do it, they lose. Inventions represent the progress of the Empire in different fields and provide additional Features.

In Rise of the Empire, players fulfill the Quests described on special cards. Every type of the Quest has its meaning: they allow players to advance on corresponding Progress tracks. It is even more important to become the first player to fulfill a certain Quest. That’s when your Empire gains a Quest card with a picture of a famous figure: a leader, a scientist, or a philosopher, which symbolizes their visit in your Empire, as well as benefits for you.

You advance into a new Era after reaching the last space of any on the Progress tracks. Reaching the Modern Era means the end of the campaign. But beware! If your progress declines for three games in a row, your Empire falls and you lose!

Instead of 5 rounds, as usual, every game in the Campaign lasts 4 rounds. The Campaign itself lasts several games, until one of the players reaches the end of the Industrial Revolution, the last space of one of the Progress tracks, and advances into the Modern Era. The world is a mighty big place, and this new expansion for Imperial Settlers is proof of that. With a variety of Quests and numerosity of cards, different in every gameplay, you get an incredibly replayable and competitive version of Imperial Settlers, something that fans of the series simply need to have in their collection.

Next
Interimperial Organization Tiles give players an additional way to advance on the Progress tracks. But you have to hurry up – every Organization helps only the first player who’s ready to pay the price of the Progress. 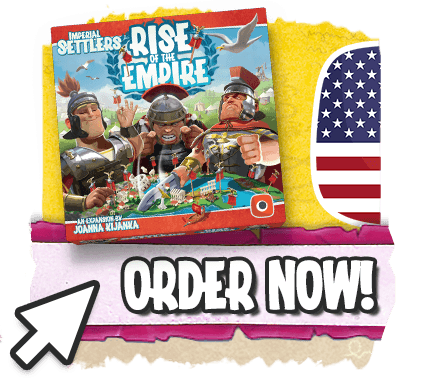 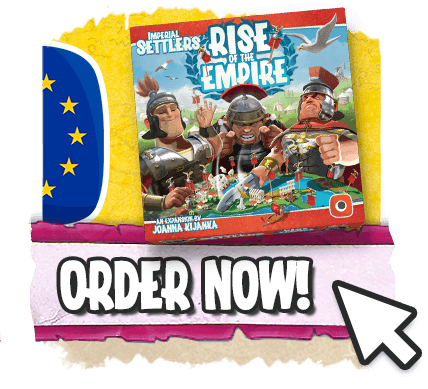