The scent of cotton candy fills the air, and the mysterious melody irritates your ears. Children cannot sleep and adults look curiously from behind the windows. A huge tent appears on the market in the blink of an eye, inviting all those who’s eager for excitement. The circus has come to town. Not a typical circus, but a dark show from the darkest corners of your imagination … 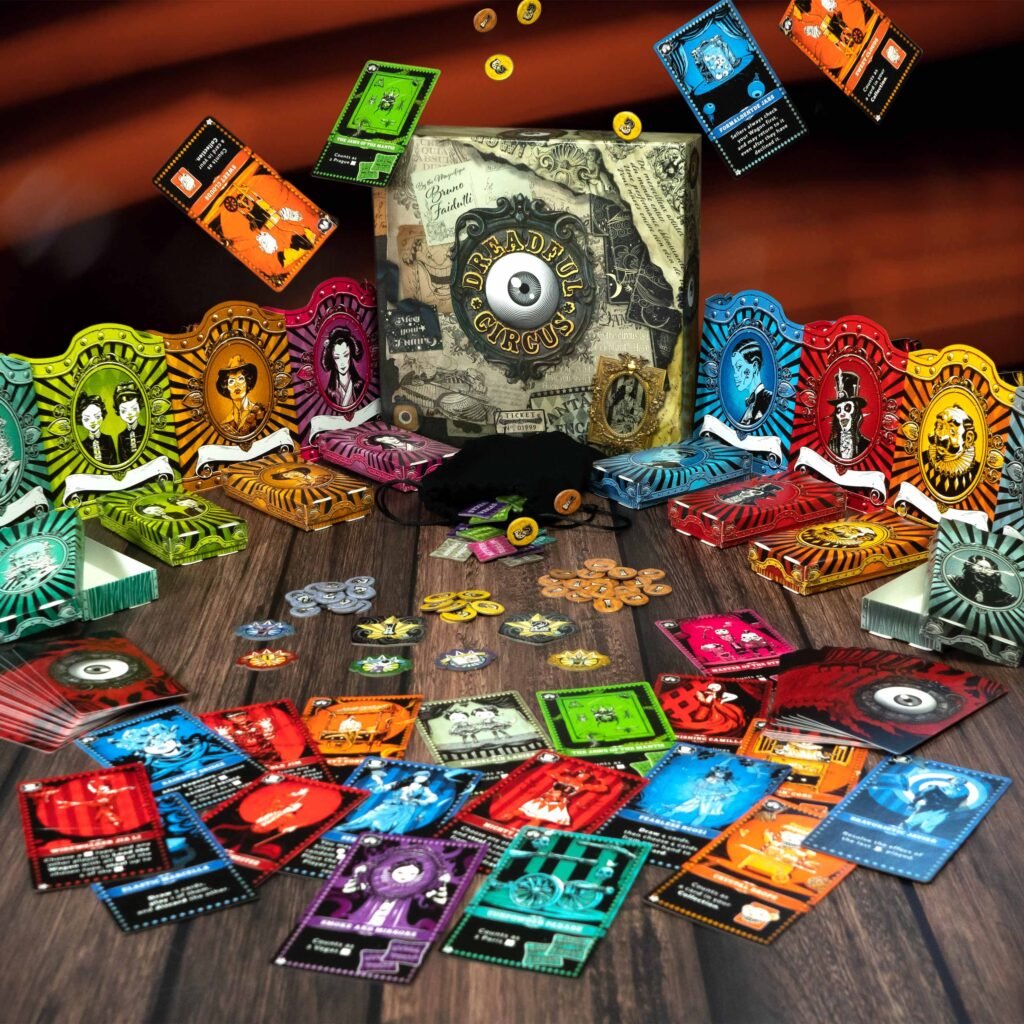 It’s gonna be a great show! Dreadful Circus is a fast strategy game by Bruno Faidutti (The Citadel, Diamant). It will take us to a mysterious world somewhere at the bottom of our minds. As circus directors we will try to organize an unforgettable evening of shows, fighting with each other to attract the attention of the largest audience. The wonderful, dark graphic layer is just a taste. It promises to be fierce competition based on bidding, negotiations and negative interaction!

At Dreadful Circus, our goal will be to create an unforgettable exhibition to our visitors’ delight and the envy of the competition. We will create our ridiculous shows with the Attraction and Performance cards. We put the former on the table in front of us, ensuring long-term benefits. The latter have an immediate effect and we discard them after use. However, we will not play both types of cards directly from our hand, but only after purchasing them from the Seller.

At the beginning of the round, one or two players (depending on the total number of players) have the Seller token (tokens). The Seller chooses one Attraction or Performance card from his hand and plays it in the center of the table. The other players bid for this card by placing in their Wagons only known amounts of Coins and / or Contracts. The Seller reviews each of the Wagons one by one, being able to agree to the offer proposed in it or give it back to the owner. However, the rejected offer cannot be considered again later, so the Seller deciding to reject the Wagon risks that he will not find better offers in the remaining Wagons.

The player who wins the bidding takes the card and uses it according to its type. In addition to being divided into Appearances and Attractions, cards are also divided into colors that describe how they work. By using the Red cards, we will interact with another player, for example by robbing him of his Attractions. Yellow cards will help us get Coins, while Orange cards will help us get our Collections.

Collection cards have four distinct patterns. The collection can be made up of up to three different patterns. The more such collections we get, the more VPs we get at the end of the game. In addition, we will receive VPs for the number of Coins and Contracts earned. In the case of Contracts, it is best to get as many of them as possible in the same color. 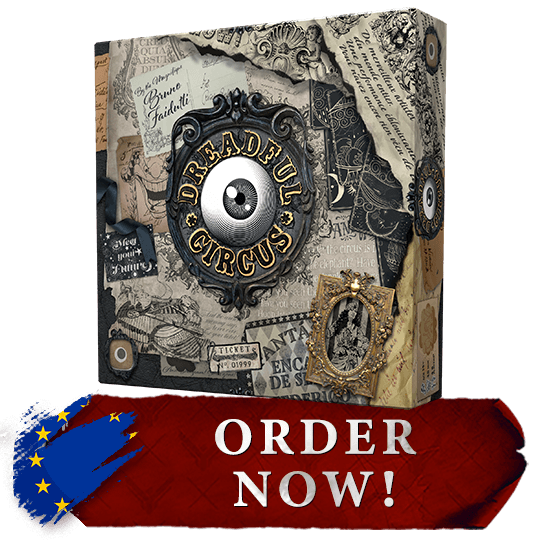 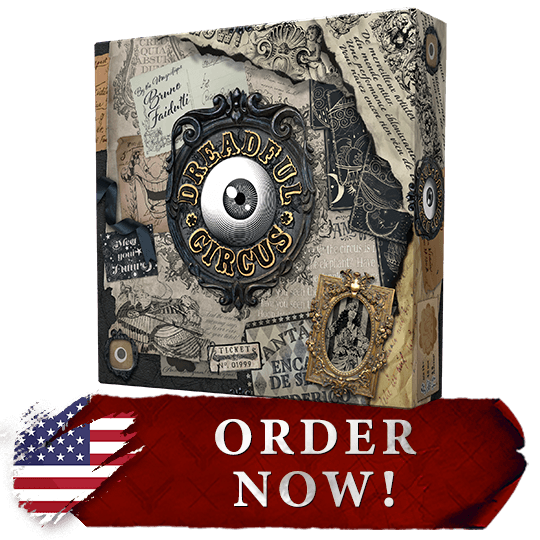