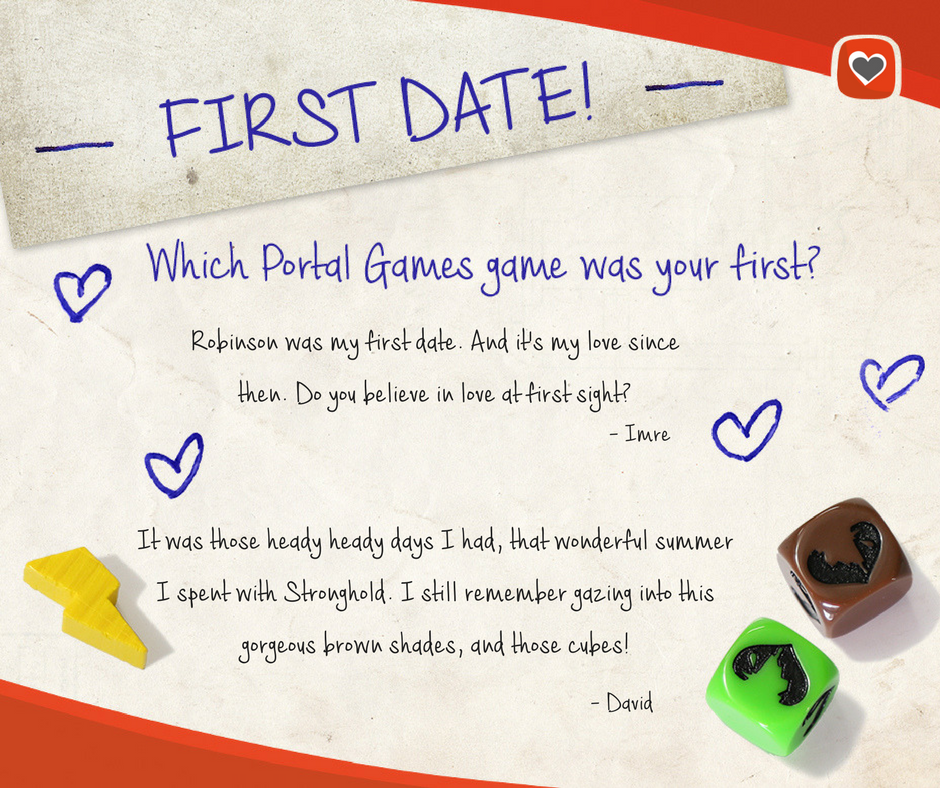 Dear fans of Portal Games. Fellow boardgamers! We have recently asked you, how was your first date with one of our games. And boy, oh boy, you delivered some amazing stories and memories. Our staff also wanted to share, which games was their first, check it out:

And here are some of your most interesting and inspiring answers (original spelling):