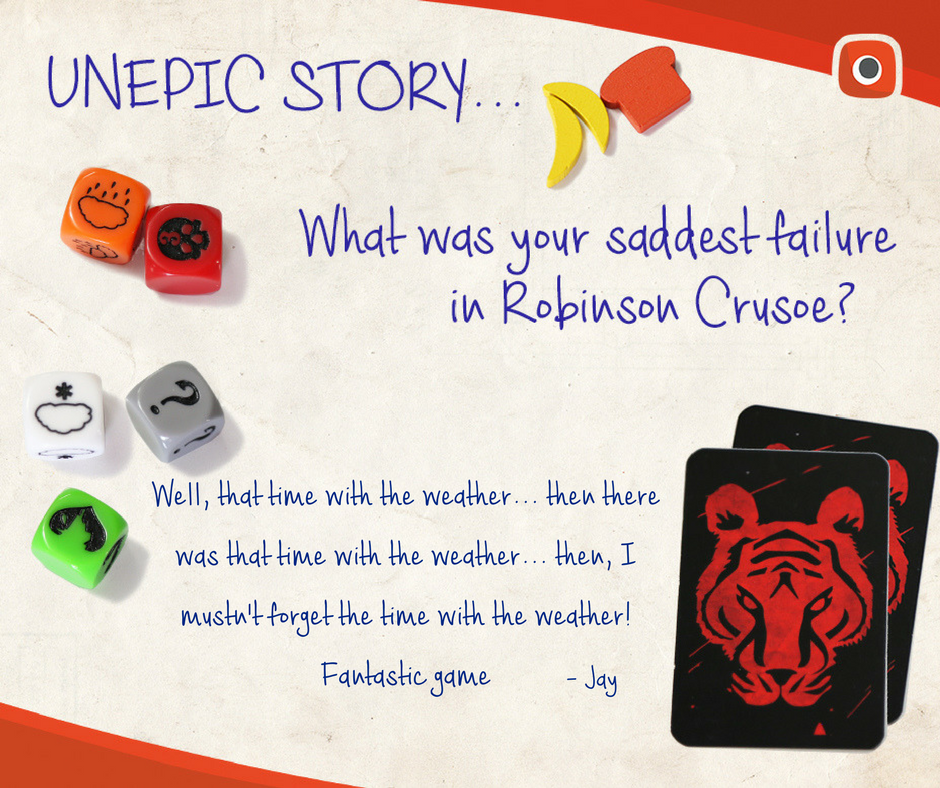 A week ago we have asked you, what was your saddest failure in Robinson Crusoe? The time has come to share some of your unepic stories (original spelling):