“It’s Angry Bob, WBR broadcast station. If you want good news… well, I don’t have any. The snowstorm is not giving in. A snowplow was snowbound yesterday. Seriously? A snowplow?! It will be as cold as Moscow on a polar Siberia. Now, let’s listen to something new and hot. Or something cool? Daddy Cool!

What about it Daddy Cool…”

“Moscow on a polar Siberia?” thought Catherine. “What an idiot.”

They left route 495. On the right bank of the Potomac she saw some ice skaters. It was probably hotter in Moscow than here, especially after the bomb explosions from the beginning of January, near the headquarters of KGB, at the store for the privileged, where the secretaries, wifes, and lovers of the party’s apparatchiks used to shop. Does the GRU have a problem with the KGB? There were signals that they weren’t getting along, but three bombs? In Moscow?

The car slowed down at the security barrier. They reached the Company. They showed their passes and then Mike, her driver and bodyguard, drove to the main entrance. She was a director of secret operations and she had a few privileges. She showed her ID to another guard and walked through the hall.

That day she stopped at the Memorial Wall. It was an ordinary stone slab with rows of stars carved in it, flanked by the flag. She touched the edge of one of the stars. Scream, pain, suffering, tragic death—all perpetuated in a single symbol. One star—one death.

A rough patch was coming. The new election would bring a new administration—bootlickers and losers who got the worst assignments in the party. For them this wall was just a photo background.

John, her instructor, was on that wall. Was it his star? She could check it in a secret archive. She had the permission. But for what? It was easier this way. She thought about his welcoming speech for the trainees.

“You will use your opponent’s every weakness. You will deceive, steal, blackmail, force, sometimes kill. There are no knights in this job. Empathy, mercy, honour—throw these words out of your dictionary. You are loyal to no one, except for your homeland. Everything you do is for the safety of your homeland and the nation. To make sure others sleep peacefully, you won’t sleep at all. You’ll be scumbags. To protect thousands, you’ll kill a few. Welcome to the Company.

She backed her hand, pursed her lips, and went to the elevator. The duties awaited. She had to ruin people’s lives. The game has begun. 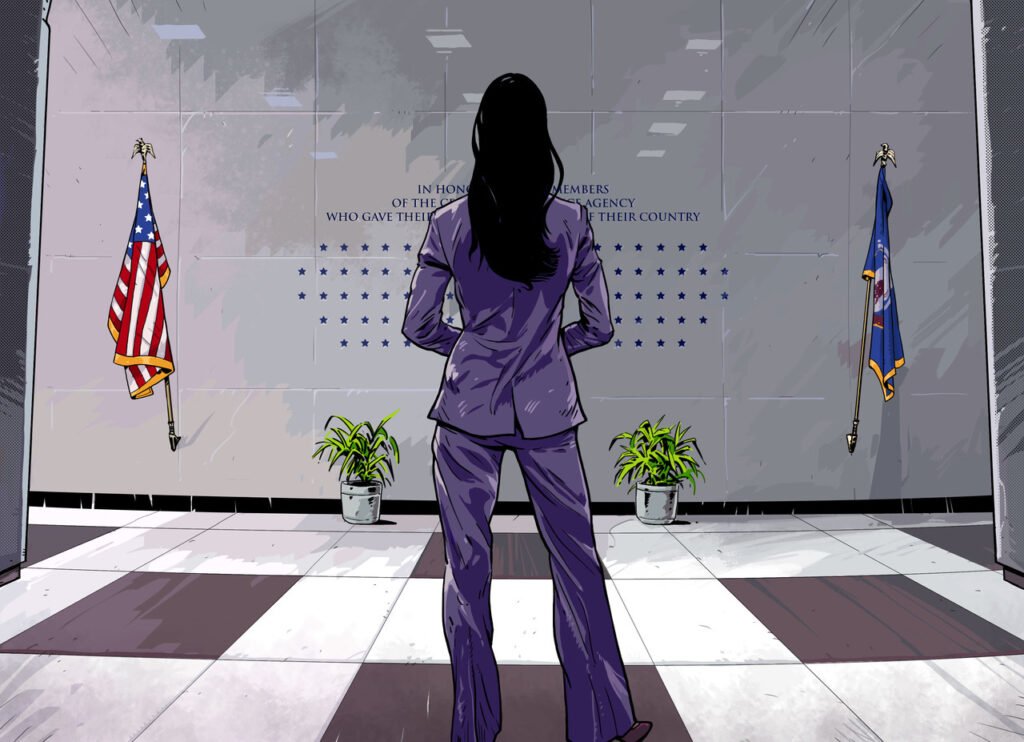