The visitation room in the Stammheim prison was small, had no windows, and was lit up by lamps secured with metal framing. Everything was grey—walls, a steel desk with a wooden counter screwed down to the floor, and simple stools. It looked like the inside of an air-raid shelter.

Attorney Jurgen Topf laid down the papers and adjusted his glasses. He took out a pack of cigarettes from a pocket of his worn corduroy jacket and lit one. He felt terrible. His head was pounding all morning. The evening before he had been unexpectedly visited by two people. He had recognized one of them, of course—the man who was at the top of the list of criminals wanted by German police. Despite the fact he had helped the leftist activist arrested by the current authorities many times before, it frightened him.

He flinched when the lock clanged and the guard brought in a young, pretty girl.

“You’ve got fifteen minutes. Then she returns to her cell,” he grunted.

The guard left and stood in front of the door. The lock clanged again.

The girl sat on the stool. She took out a cigarette from the pack, tapped it against a counter, and lit it up.

“So what do you have for me, Jurgen?” She looked him straight in the eye. He looked down and gulped.

“Yeah, so… The releasing papers have already been signed, you leave on February 8th. Here, sign it please, an empowerment to apply for new documents and registration at the office for you. They told me to ask you if you have any special wishes. It’s an important moment. Lots of people are rejoicing.”

He slid the folder toward her. The girl signed the document and turned the pages. The third page included a blotting paper with a typewritten list of eight names. Topf looked away.

When he looked at her again, the paper wasn’t among the documents.

“I’ll write it down for you, so you won’t forget. Give it to my family, please.”

On a blank paper she wrote: “I want a huge raspberry cake with eight candles to blow out.”

In the next three weeks, everyone from the list was dead. Two were hit by cars, two were found in landfills with stab wounds, one committed suicide by hanging, and the remaining three were never found.

The BKA lost their eyes and ears. 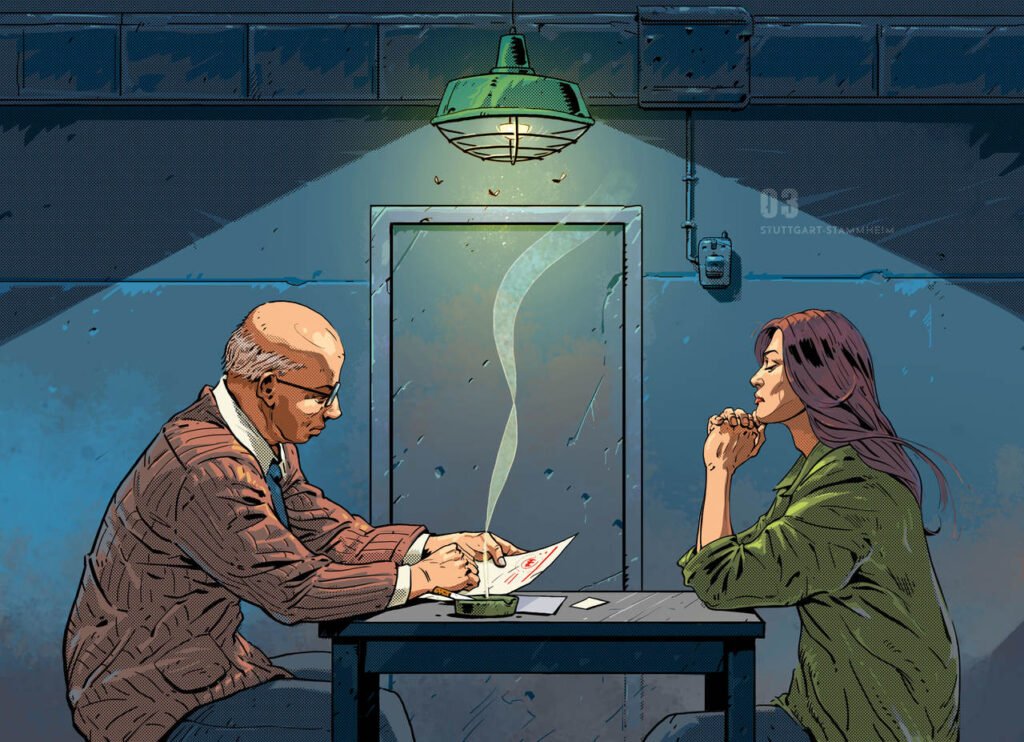