The meeting was supposed to take place in Sirene, a small bar next to the university. The place was shabby, with dirty walls and decade-old movie posters yellow from the cigarette smoke. An unpleasant smell of stewed cabbage came from the kitchen. Nevertheless, the bar was popular, especially among sociology and philosophy students. You were allowed to speak freely, play cards, and even drink your own alcohol. There was only one window to the street, and a door covered by a curtain on a steel rod—removed during summer, but protection from the cold in winter.

Hans sat at the fifth table, next to the toilets, and browsed through sports news in a newspaper. His half-empty cold coffee sat on a stained brown tablecloth. He lit another cigarette. The contact was late.

“Hans? Good to see you,” he suddenly heard the voice of a man with a slight French accent. “I’m the friend of Klaus.”

“You’re Pierre?” He stood up and shook the stranger’s hand. “Please, sit down.”

“Sorry you had to wait. I had to go around the rotunda near the monument.” It was an answer to the password. Now they could talk.

They sat down. Pierre put a travel bag on a chair next to him. He put off his hat and scarf. He had a non distinctive, clean-shaven face and side-swept hair parted to the left. He unzipped his jacket and smiled, looking at Hans with his hazel eyes.

“Klaus asked me to deliver a gift from him. He had to leave Sorbona for an internship. But I happened to be passing by.” He took out a neatly wrapped book from his bag and put it on a table.

“Here. Just as requested. Sartre’s Critique of Dialectical Reason with a preface by Wieńkowski, a very rare edition, straight from our little publishing house. I hope you enjoy it.”

“Thanks. Finally. It’s impossible to get it here.”

“Of course. Who would ever want to print this? I’ll be on my way. I’m going to my family in the Netherlands and I have to buy a ticket. Take care, Hans.”

Pierre left. From the phone booth two streets away he dialed a Dutch number and told his aunt that he was coming soon. The number was the contact to a local base of STASI, in the embassy of GDR. A few hours later Pierre got on a train to Hague, and then changed trains to return to Paris.

Hans waited fifteen minutes more, in conformity with rules. He left the book in the book drop at a local library, ran by a trusted person who sympathized with the organization. The next day, it was picked up by Siegfriede Lotte, a commando leader from the Red Army Faction. The preface contained a coded list of the BKA informants and operatives in the structures of leftist cells in German universities and in the organization itself. 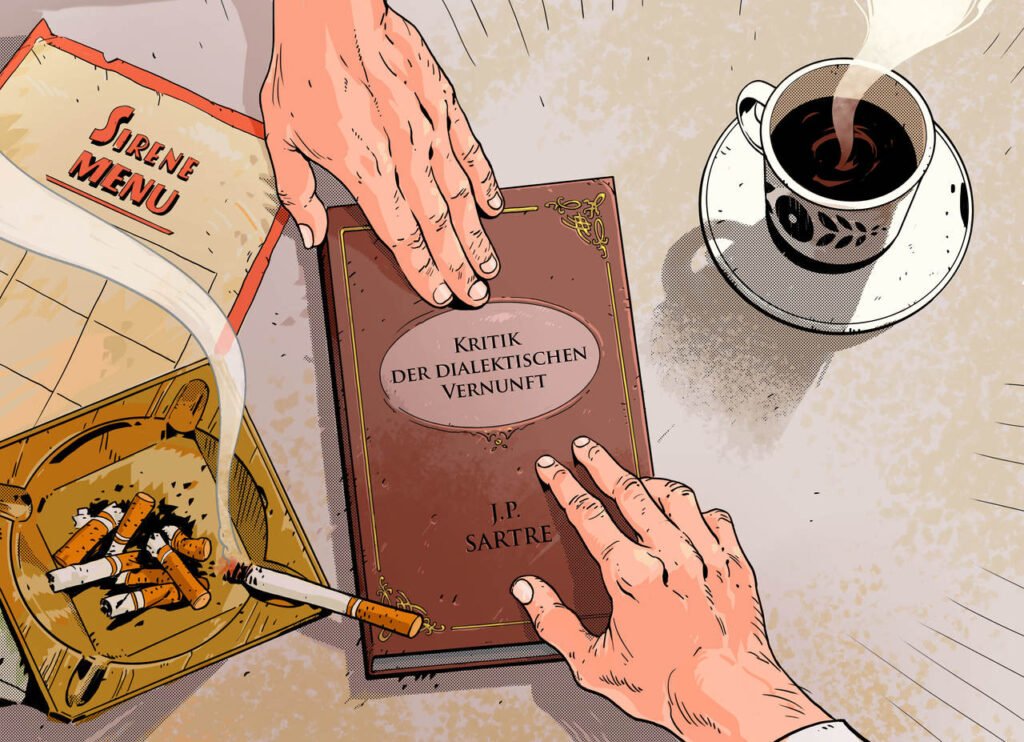