At the office of the HMNB Clyde’s boss, the snow and icy wind raged behind the window, obscuring the view to a massive crane in the docks, a hangar, and the submarines buoyed beneath a camouflage tarp in the bay.
Dressed in a navy blue suit, Werner held a cup of hot tea and observed the sailors rattling through the mooring. John Boyd, the harbor boss, stood beside him wearing work trousers and a checkered shirt with the sleeves rolled up. He smelled like a hangar.
“How long are you going to stay with us, James?” he asked.
Werner turned around and smiled at the big Scot. Boyd was incredibly handsome. A bit overweight, but with visible muscles. He was quite rough. James liked well-built men like him. Skinny boys with soft and weak hands only irritated him. He regretted that nature hadn’t gifted him with such features. He didn’t consider himself to be particularly handsome.
“Are you going to offer me haggis for dinner? I tried it once. Now I know where those nappies took their name from. Your Mary is a great cook, but there are some limits.”
Boyd laughed and clapped Werner’s shoulder.
“Come on. I’ll throw in some whiskey. I wouldn’t pressure you. But it is, you know, a tradition of sorts… Come over this evening. Mary won’t forgive me if I don’t bring you home. And you’ll probably be fed something better that those roasted kidneys commander Patrick’s wife makes.”
“God, have mercy. I need vacation.”
“Where this time?” Boyd took a sip of tea.
“Austria. Maybe I could finally go skiing. And I’ll be in Vienna for a few days, I could go to the opera.”
The Scot winced.
“What is it, John? You don’t like opera?” asked James with a faked surprise.
“No, no, of course I like it. It reminds me of a summer sheep herding.”
James laughed, and at that very moment, commander Patrick, the base’s boss, entered the room, purple with rage.
“Too many idiots are born into this world—or the Soviets parachute them to us,” he said to himself and closed the door. He looked at Werner, cleared his throat and said: “That wasn’t addressed to you, of course, Mr. Werner. I’m glad you’ve finally joined us.”
Patrick sat in an armchair and started to look for cigarettes among the piles of documents on the desk. He lit one up, puffed, breathed out the smoke through his nose, and leaned back.
“Now, can you explain to me, what the hell is your company doing and why haven’t the bearings to Mistral and Titan been delivered yet? The admiral wants to bite my head off.”
Werner put his cup down on a coffee table and took a seat.
“Well, sir, there is a small issue…” 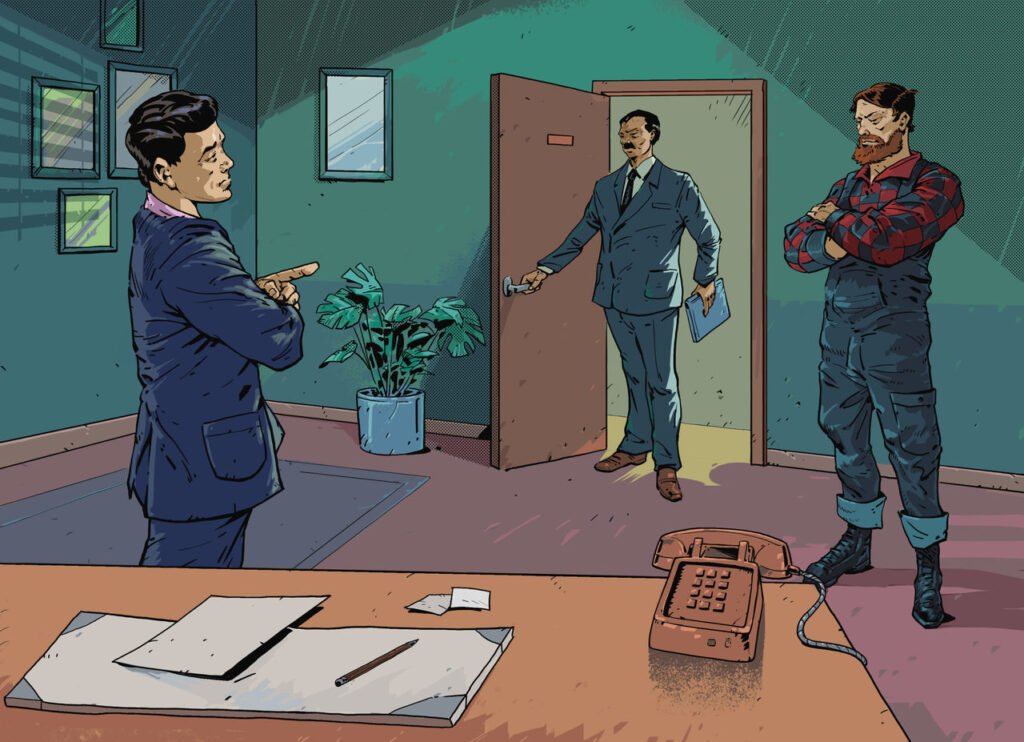