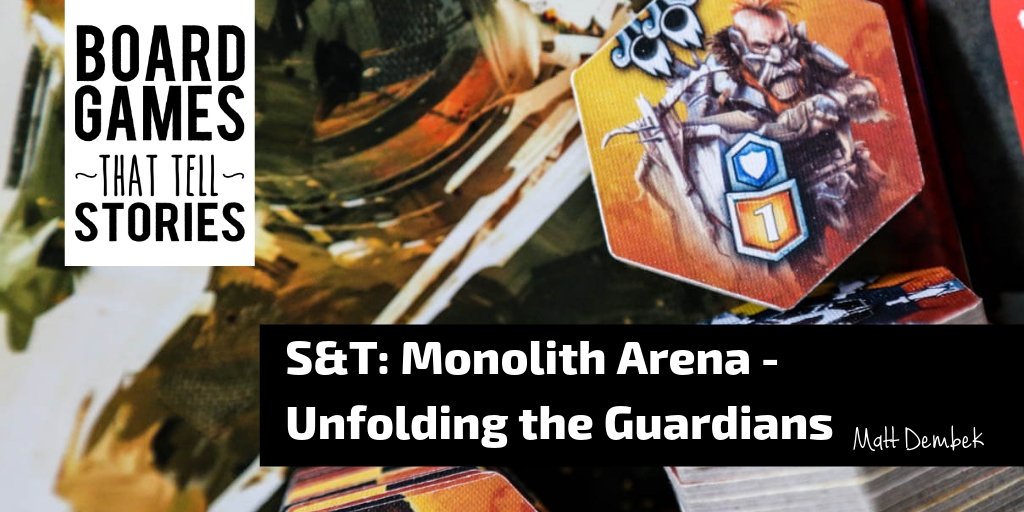 Last time we’ve talked about the Dragon Empire and our propositions as to what to prepare inside the Monolith and the reasons behind those choices. This time it’s time to take a closer look on Ignacy’s favorite dwarfs and thee different setups for their Monolith. Guardians of the Realm are known for being able to take a punch or two with their special Feature from a banner, so with that in mind, let’s go over three setups that will make your opponent question moving any close to your walls of Golems and Axemen.

With early access to Combat Platform, you will be able to cover a large area, with its high initiative and Ranged Attack in 4 different directions, but because you have only one copy of it, you have to consider protecting it all cost. We recommend taking a veteran along so that he’s able to guard the Platform with his armor from any distance attacks aimed at the platform and deal some close combat damage in the meantime. Don’t forget to take advantage of your banner feature!

Run(e) for your life (Rune of Double Attack x1, Rune of Reinforcement x1)

With this combination, you can make your opponent traumatized for any Axeman that appears on the board. First of all the placement of your Monolith is essential; you don’t want to have a large distance between banners. Leave enough space on sides for both runes to be unfolded whenever an axeman enters the battlefield and goes for the banner. Unfold the Monolith in a way so that both Runes affects the Axemen or any other tile like Veteran or Wyvern to deal lots of damage to their banner. As cool as it sounds, you must keep in mind, that without tiles on the board, those runes are pretty useless, so this combination is best in the middle of the game.

This combination provides a vast amount of firepower from the beginning, and you can focus on poking your opponents banner from the start. Whenever unfolding, you want your wyvern somewhere near the middle section of the board to take advantage of all around attack with the side that has the strength of 2 aimed at their banner. Crossbowman should be facing it as well to deal 4 Wounds in total, and continue with this strategy if both units survive which shouldn’t be so hard, thanks to the Toughness feature. Just make sure not to lose that valuable Wyvern to quickly, try to focus Runes of Regeneration on spaces you want to pop out you Wyvern in the future, especially before first time unfolding and revealing to your opponent what you have prepared for them.

Let us know which tiles do you prefer to place inside the Monolith when you prepare for a game with the Guardians of the Realm.