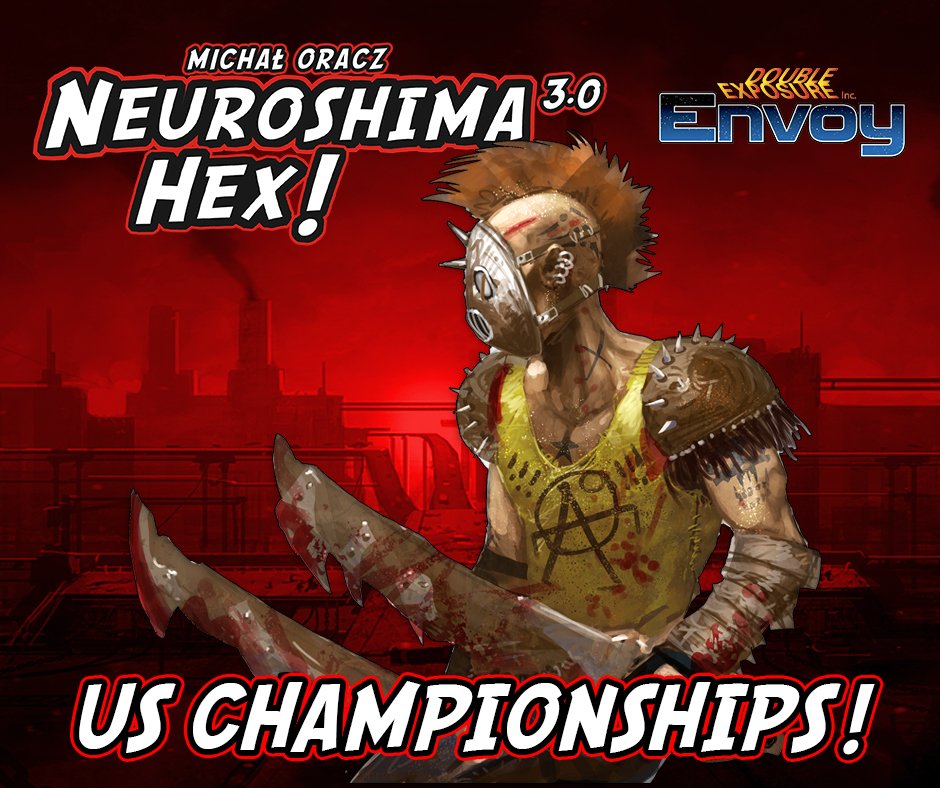 Participate in Neuroshima HEX! 3.0 tournament and be a part of US Championships at Game-o-Rama convention in Atlanta, Georgia and at CaptainCon in Warwick, Rhode Island this Saturday, February 3, at 1:00PM!

Once again Game-o-Rama will be the Georgia State Championship for Neuroshima Hex! The winners will advance to the Southeast Regional Championship held during the May Atlanta Game Fest. Winners will also receive a free pass to the event. Our thanks to Envoy and Michael Hines who runs the tournaments for us.

The CaptainCon event will be run by Andrew Sirkin (Double Exposure staff member).