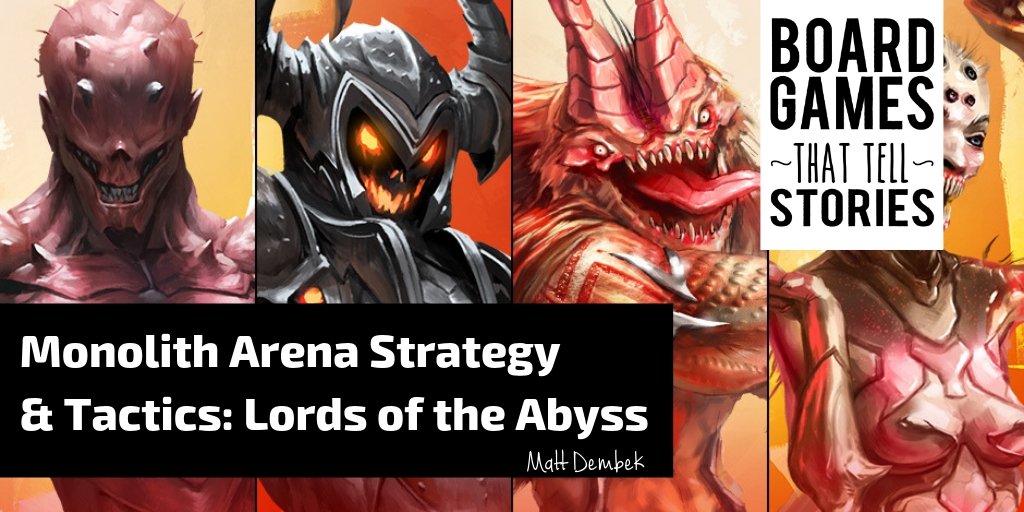 Darkness and hellfire, creatures of the night, simply speaking – Demons. A faction filled with horrors and nightmares that will leave your opponents in total fear. Lords of the Abyss and their champions names are frightening, but what is even more terrifying is their ability to teleport all around the map and to poison their opponents. Their goal is to bring chaos on the battlefield, to leave their opponents confused, but it doesn’t mean their game is chaotic, you must plan your strategy from the very start to make sure that the underworld will be pleased with your results. Control your chaos.

First, make sure that you take advantage of your most fearsome feature – Venom. Place your banner in a way that you will be able to reach your opponents banner with champions connected to your banner. It’s ok even if your banner will end up adjacent to the opponents banner. Your goal is to inflict poison to your opponents banner as soon as possible. It would be great if even more poison markers lands on their banner, this way, an opponent will think twice before playing their battle orders for the rest of the game.

Opponents will try to block you from inflicting any poison, and they will push you whenever it’s possible. You only have two Move orders, but there’s something even better – teleportation. Jumping from one side of the battlefield to another sounds fantastic, and it is. So keep your Runes of teleportation safe, place them far from your opponents, and make sure you have one of your tiles always connected to it. This will allow you to react quickly whenever your opponent use orders like a push to avoid getting hit with your poison, thanks to the teleportation you can reposition yourself and still try to inflict some poison.

Apart from those tricky features, Lords of the Abyss have quite fearful champions at their disposal as well, that works well with the presented mechanics. Horrors net their opponents while inflicting 2 wounds, use those to block your opponents banner feature and do some extra damage or use them to protect your units that are about to inflict poison. Spikes can inflict poison on their own, try to put them on the other side of the battlefield, away from your banner so that your opponent has to spread their defenses. There’s also Mygalomorphs that works best in the center of the battlefield with their spread attack and high initiative, they can cause quite a diversion.

As if it’s not enough, Lords have another cool feature – Disarmament. Any connected enemy tile to it, cannot attack. Runes of disarmament work best placed in the corner of the battlefield, this way they are protected by the board and can disarm up to two tiles, meaning only one side is open for a counter.

As you can see chaos can be a good thing if you make sure you control it correctly. Let us know how you base your Lords of the Abyss tactics.