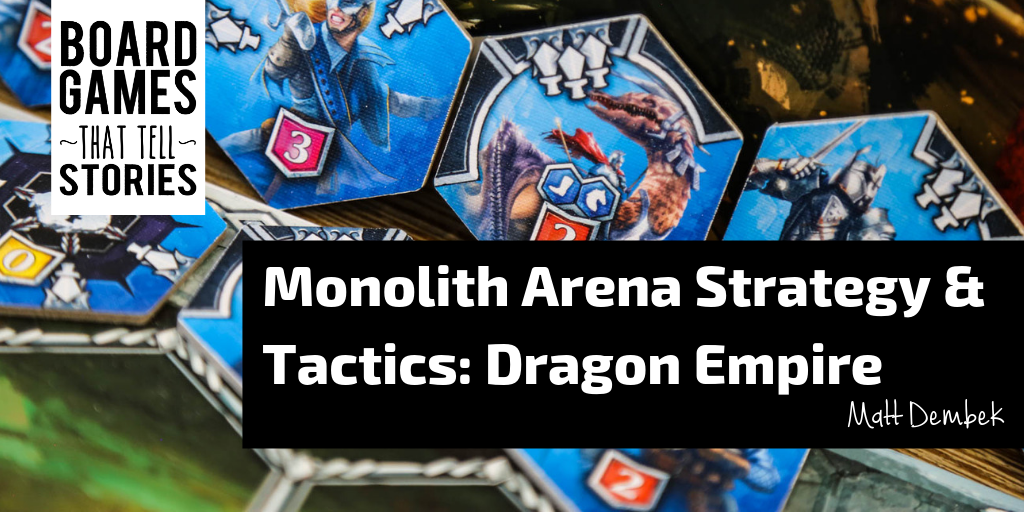 Armor plates, swords and charging towards the enemy with an intention to stab and slash – Yeah, sounds like human knights at their best. Chivalry and Honor are important to any knight, but above it all a great plan on how to dominate your enemies. Dragon Empire is filled with close combat, armored units that will strike opponents swiftly.
Although you won’t win if you charge like crazy without thinking about your position, you’re not an Ork, right? Right, you are a noble knight, and you need to lead your troops intelligently.

Power Charge!
So when we talk about position, let’s start with your banner. Ideally, you want to keep it one space away from your opponent’s banner to utilize its special Feature and increase the strength of your charge attack. Place your Knights besides your banner, with an empty space between those banners. As soon as possible, charge with one knight and deal 3 wounds to the opponent’s banner (2 from the Knights and 1 extra from your banner Feature). Your position is the key here.

Runic Strength
Runes of Strength can help to inflict more Wounds with charge as well. Place them on the outer circle spaces (even if our Champions aren’t next to it), but still one space away from your opponent’s banner. With the charge effect, the situation may change at any moment, and it’s a great diversion. An opponent has a choice: Take out your Champions, or eliminate the threat of stronger attacks in the future. It’s a difficult decision for them and plenty of strategy choices for you. Once again, a position is the key here.

To Battle or to Charge?
Making a choice between actual Battle or using a Charge with your Cavalry Champions won’t be easy at times, even though there are 7 such orders. Sometimes it’s better to inflict less damage and keep your Units intact – during a Battle, you can easily lose powerful units like Landsknecht and Dragon Rider with a single attack from an opponent’s banner. With a charge action, you can poke slowly and keep those powerful units prepared for another Battle, possibly started by your opponent. But once again, think about your position.

Rune of Charge
This is the most valuable tile you have, and you must protect it at all costs. Try to place it next to the rune of regeneration (possibly even next to two of them), or protect it with your Champions. Having a free charge every turn is a game changer, especially if you position yourself according to all aforementioned tips. Take advantage of this rune and your position. Don’t be an Ork; plan your charge! Prove the worth of your dragon crest!

Let us know, how did you like the charge option and the Dragon Empire tactics?