Katarzyna Cioch and Wojciech Wisniewski, Gutenberg’s authors, discuss their way to create one the the most exciting euro games that lauched at Essen Spiel 2021.

I was thinking about creating a board game in the universe of the RPG Clanarchy. I was inspired by the card game Elekt and its Library of Forbidden Books.Granna’s game requirements were related to family and “nice to look at” theme, so books seemed very good to me. This idea also seemed good because of its uniqueness – it is not a very common theme in board games.

It was March 2020, and the pandemic had started, so we decided to make a more complex game together to keep our minds focused on something enjoyable. Over time, “enjoyable” became a keyword for Gutenberg – almost every playtester used this adjective when describing their first impressions of the game. 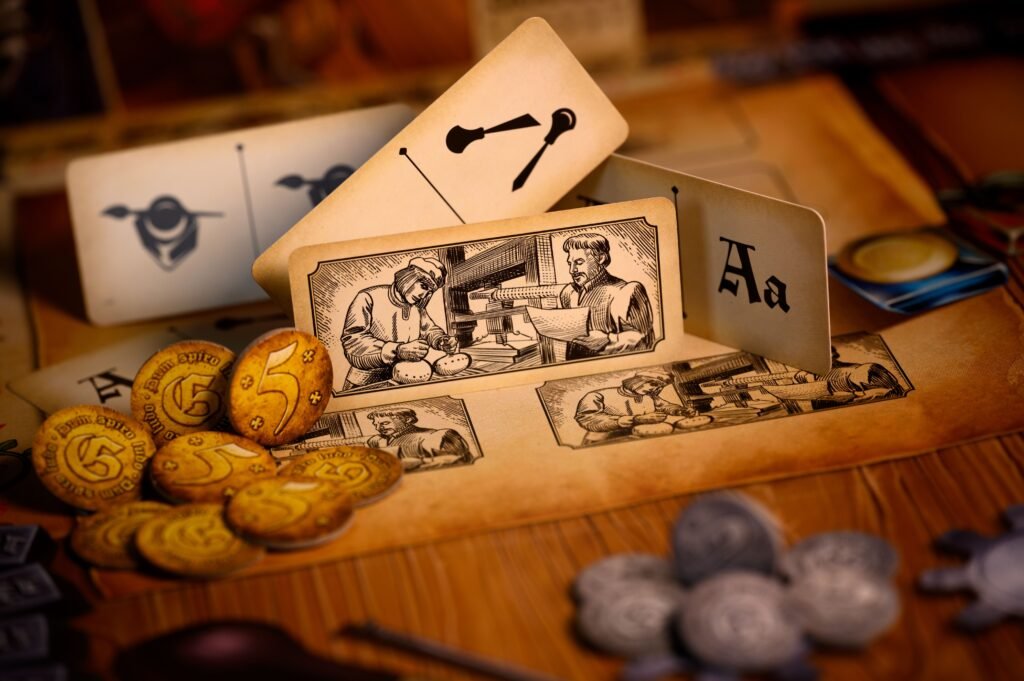 The initial vision was of atmospheric, beautifully calligraphed books, but for mechanical reasons, we went in the direction of book printing. The historical figure Gutenberg and the story of the first printing houses immediately came to mind. We adopted “Gutenberg” as a working title, which stayed with us to the end. We also considered the title “Work of Books” (in a document from 1455, Gutenberg’s printing house, for which he borrowed 800 guilders from Johann Fust, was called Werk der Bücher, or “Work of Books”). But we rejected that idea, since “Gutenberg” directly suggests the game’s theme, and it’s an easier title to remember.

From the start, it was conceived as a eurogame. There was order fulfillment, resource collecting, and book-creating: Printing and refinements. There was paper, quill pens, inkwells and candles. And Latin quotations. This was visible already in the first version of the board and cards. 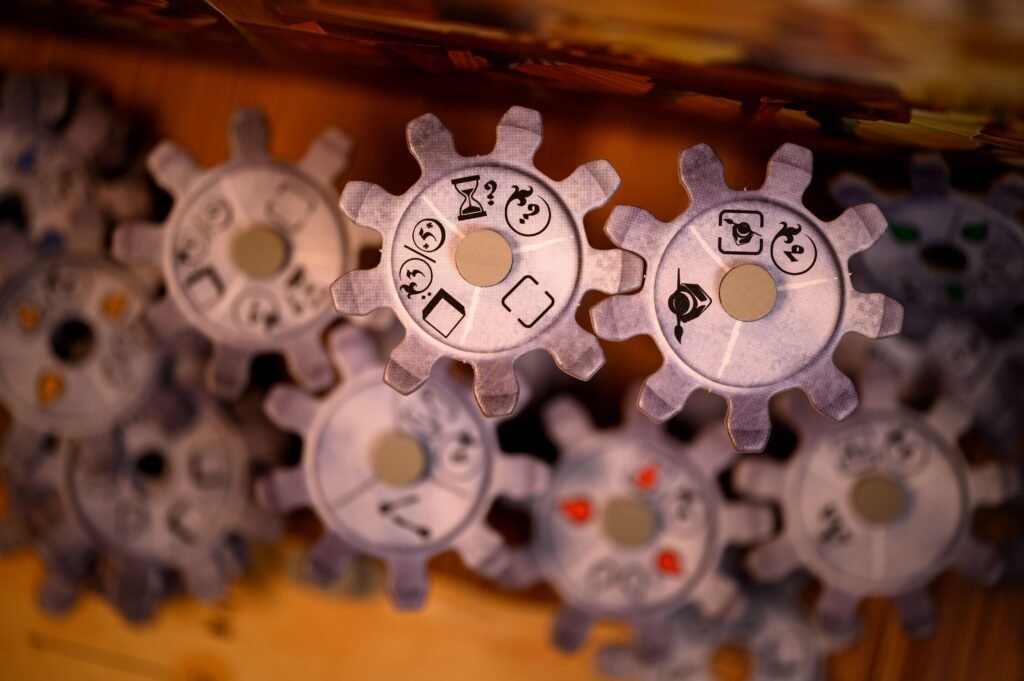 The game’s first prototype had a set of initiative tokens for each player (the word “tokens” is a bit of semantic abuse; they were simply paper slips that flew from the board with a deep breath, for which I sincerely apologize to the playtesters). They had fixed initiative values on them, and there was no way to distribute one’s pool in any other way (e.g. to fight harder for priority in taking one action at the expense of another). At some point, we realized what players needed, so we moved away from those tokens to a set of markers that everyone could distribute however they wished, and the game “took off”, becoming more and more fun for playtesters. It is not reasonable to have unreasonable restrictions in a game. 😉

There were problems with initiative tie-breaking, so playtesters initially pushed to remove this bidding from the
game and replace it with worker placement. But we wanted to do something a little more interesting and less common, so we sought other ways to solve the first player advantage problem, and we found it by varying the number of initiative markers by player order. Avoiding worker placement was worth it when we heard a playtester say “I love this first player token and everything we do with it” during a playtest. 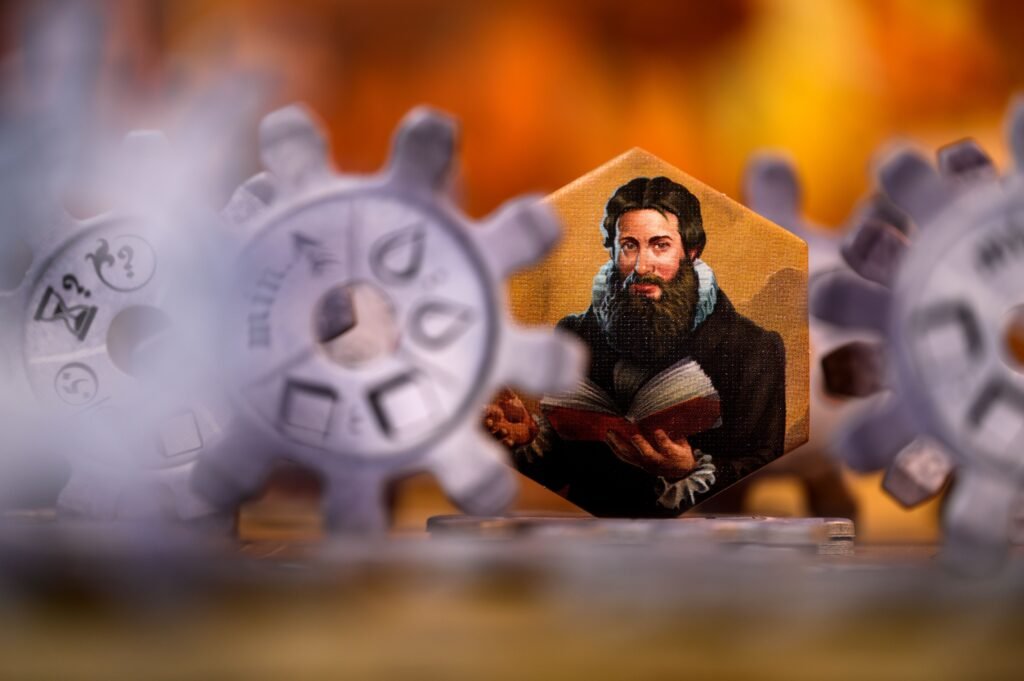 As game designers, we wanted to keep the game as historically accurate as possible. The publisher in turn wanted to add educational content. We all saw Gutenberg as a beautifully atmospheric game, which its artist, Rafał Szłapa, successfully accomplished. From the start of our work, we benefited from Mateusz Czekała’s enthusiastic support and historical research. His valuable advice influenced the content, iconography, terminology, colors, and even some mechanical solutions in the game. It was especially interesting to work together on the characters and their special abilities. Mateusz even met the challenge of researching to find historical women who were important in the 15th-century printing world. In the first period of work on the characters, we learned from Mateusz, for example, that Gutenberg printed the Bible but was left penniless by his sponsor Johann Fust, who took over his printing house. Also that Aldus Manutius introduced pocket formats, in the sense that his books resembled our modern books in size, instead of the large table-sized codices of his day. Oh, and the most important thing – Gutenberg did not invent printing.