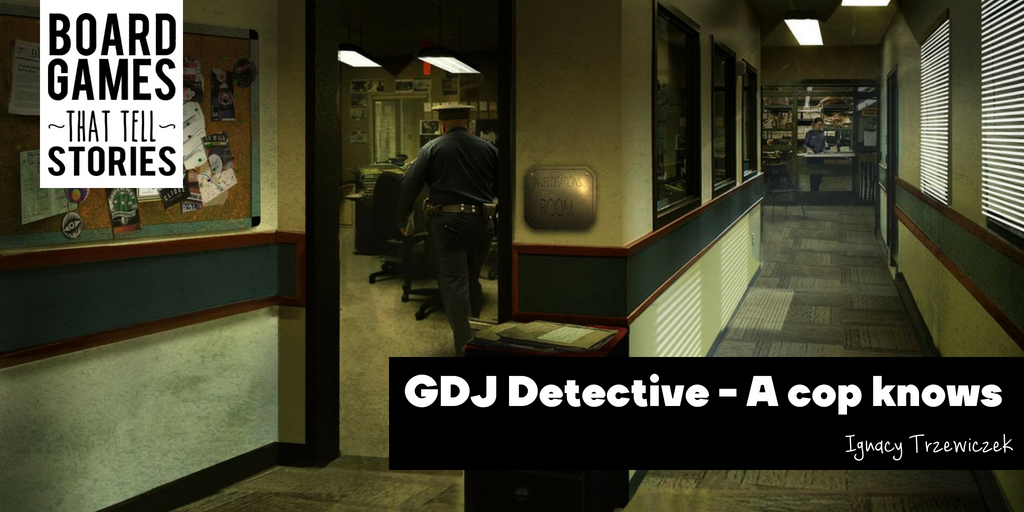 A cop knows.
A cop sees.
Even the most casual thing he registers.
Often you’ll remember to later on but then you look back you realize you knew it.

This quote comes from the old Denzel Washington’s movie called Fallen. Released in 1998 it walked with me for the past 20 years waiting for its time. I knew that at some point in my life I’d build something around it. Back then I thought it’s going to be RPG scenario for Call of Cthulhu. But no. It waited patiently, and each time I watched that movie again, I knew it’d happen. One they I’ll use this phrase.

A good cop has this 6th sense, this instinct, that something that makes him see things others don’t. I wanted it to be part of the game. I wanted the player to feel like a cop who had a hunch, who noticed something, that everybody else missed.

The first version was simple. Each player had a basic ability; one was good at the crime scene, other at questioning, etc. We wrote different versions of many paragraphs and depending who read them, they got a slightly different text based on their ability. If you were good at questioning, you always got something more from the suspect. Players were debating which of them should visit a particular location, who will be the best to read the paragraph. ‘I’ll go there, I’ll talk to her.’ was a common phrase, players took the roles seriously because they wanted to get the max out of each paragraph. It was promising, but in the end, it got exploited by players – they always took the right character/ability for each paragraph and maxed out the outcome.

But then, as you remember from the previous article, Detective has changed into the card game. Instead of few versions of each paragraph, we ended up with one version of each card. And we also had back side of the card as a bonus. That was new. That was good. That was promising.

During the investigation you often face the wall, you struggle, and the investigation is not moving forward, you check all different clues, and there is only the wall. We wanted it to be part of the game too, so many of the backs of the cards give minor clues, you learn something, you get something, but it’s still not enough. You wished there is more.

And then there are these few cards. These few cards that have really something on the back. You flip the right card, and at that very moment, it is exactly like being a cop, exactly like if you just had this hunch. You had this gut feeling. You were right.

‘I knew it.’ she says and smiles.
And that’s the very moment I waited for the past 20 years.

A cop knows.
A cop sees.
Even the most casual thing he’d register.