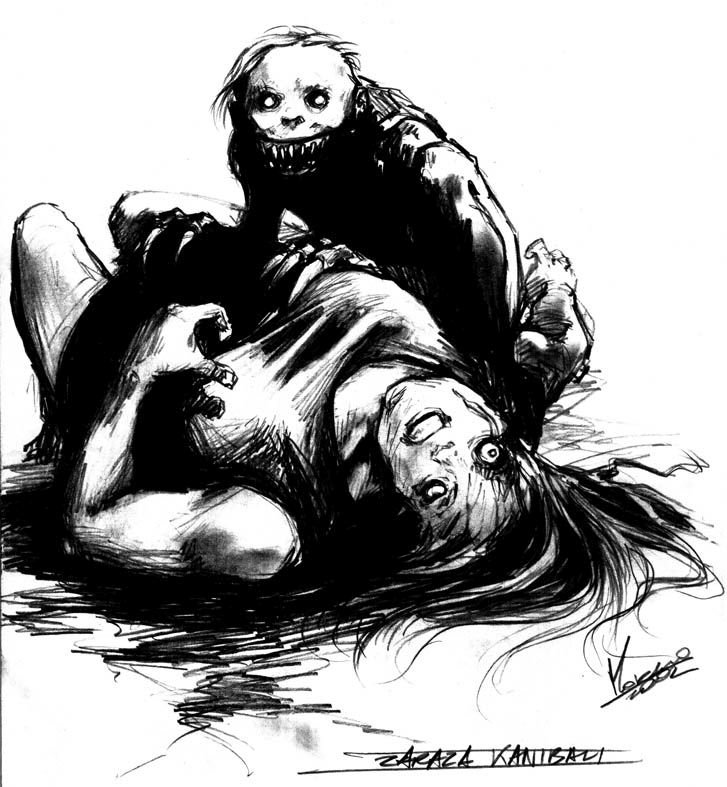 There were no zombies in the Neuroshima Role Playing Games. To be precise, there were no zombies, no mechs, and no dead children. We put into this game literally everything; it was 500 pages book that looked like witch’s cauldron. We put every single idea we had, and man, we were at our best back then, we were 20 years old and each of us was writing like a madman.

Neuroshima RPG became most popular RPG in Poland, kicked the ass of Warhammer RPG, D&D, Call of Cthulhu and any other RPG published in Poland. We created a monster and people loved. That was 2003.

I never understood why Michał Oracz, co-writer of Neuroshima hated mechs. That was his thing, that was his mysterious drive. He fuckin’ hated mechs. Hence, no single mech in the universe. Every single time some fans created fan based expansion, article, adventure or any piece of content and there were mechs, Michał was complaining. That was always funny.

Michał also never agreed to add zombies to the game. One of the most popular themes in pop culture never made to the book. Michał said it is lame, and Neuroshima doesn’t need zombies. I never discussed. We had so many other awesome things in the book that it was easy for me to pass on zombies.

My thing was children. I removed from the game every single sentence that talked about hurt children. I knew it is post-war world, I knew children get killed in wars, I knew that all. But back then my son was 1 year old. My mindset was pretty clear. There are no dead children in the book.

People didn’t listen to us. Role Playing Games are all about creation, it is all about Game Master creating adventure, setting, campaign and use his or her imagination to create something new – in the framework of setting he plays in.

Mechs and zombies were born. Players add them to the universe. Fan based content was full of them.

Michał was struggling. He was complaining that these zombies make no sense, that it is lame, that it hurt the Neuroshima vision and world.

Death Breath was born. Published in one of the official expansion, zombies – in the Michał Oracz vision – made it to the game. Became official. Fans were happy. After all we designed the game for them, right?

This week, almost 15 years later we publish Death Breath as an official army for Neuroshima Hex. Designed by Michał Oracz himself, even though he always was against zombies in the game. This is his vision, his approach, his compromise with fans. They have zombies, he has his beloved universe accepting the creation.

Everybody is happy except fans of the mechs.

No, it’s not gonna happen. I know Michał for more than 20 years. Forget about mechs.