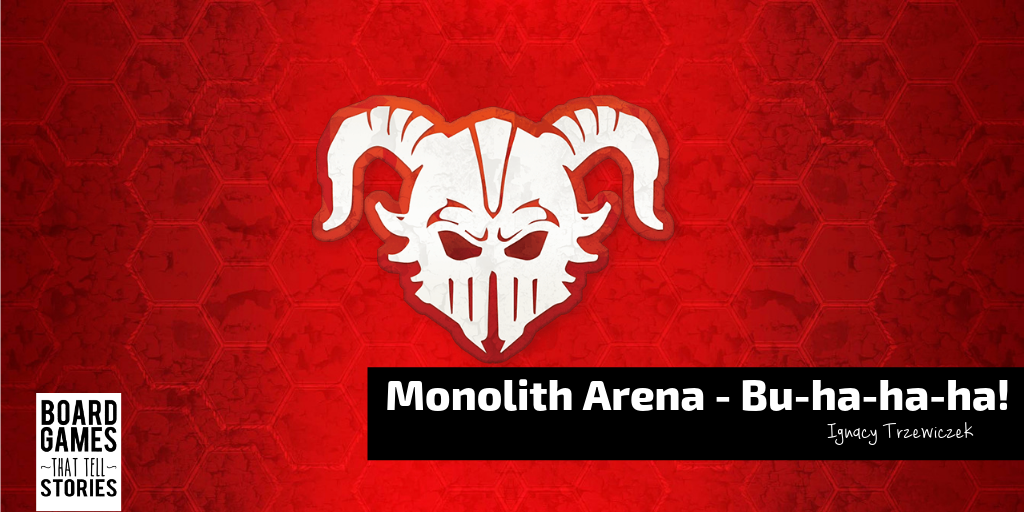 The theme of the evil army always is being not fair. You play Demons to be able to do this evil “Bu-ha-ha-ha” laugh in the middle of the game and piss off your opponent, right?

Well, Michał Oracz knew that. He put some really mean tokens and abilities into this deck! He should call them “Lords of Annoyment”

Mobility
Three of the Demon units can Teleport – each round move around the board any way they want. They can disappear and in a split second show up in any other free space. It’s sometimes impossible to hit these bastards, as they show up in a different corner every round, stabbing you from behind and disappearing again. The army has also a Rune of Teleportation, which works like a magical portal – you put it in one corner of the board and it will just throw your units in the most unexpected spaces of the board when you need them. Dark magic it is.

Immobilizing
Horror and Nightmare are your demons that block enemy unit completely. These have “net” ability and that means that the adjacent unit is tethered with dark magic powers and is unable to do anything. Cannot attack, cannot move, cannot push, cannot do anything. Stays on the board and waits for death.

Demons have also two copies of a Rune of Disarmament, a rune that cancels all attacks of adjacent enemy units.

These five tokens, if played well, can paralyze a big portion of the board, they’ll cover the most crucial spaces and regions and keep Demon Banner sound and safe.

Poison
The dark power of Lords of Abyss is fueled by a poison. Although Lords of Abyss have a good number of strong melee units, their main weapon, their main power is Venom. With three Spike units that can attack with poison, and with a Banner that gives poisonous blades to all adjacent demons, Lords of Abyss are a threat to the opponent.

The rules for venom are brutal and merciless – before each battle starts, you get as many wounds, as many venom tokens you have on you.

Put three venom tokens on enemy Banner and just start one battle, after another. Poison in his blood kills him quickly…

Lords of Abyss are an extremely fun army to play. They are mean, they can react quickly with teleport ability, they can protect their banner with net and disarmament abilities and they have poison as a deadly weapon.