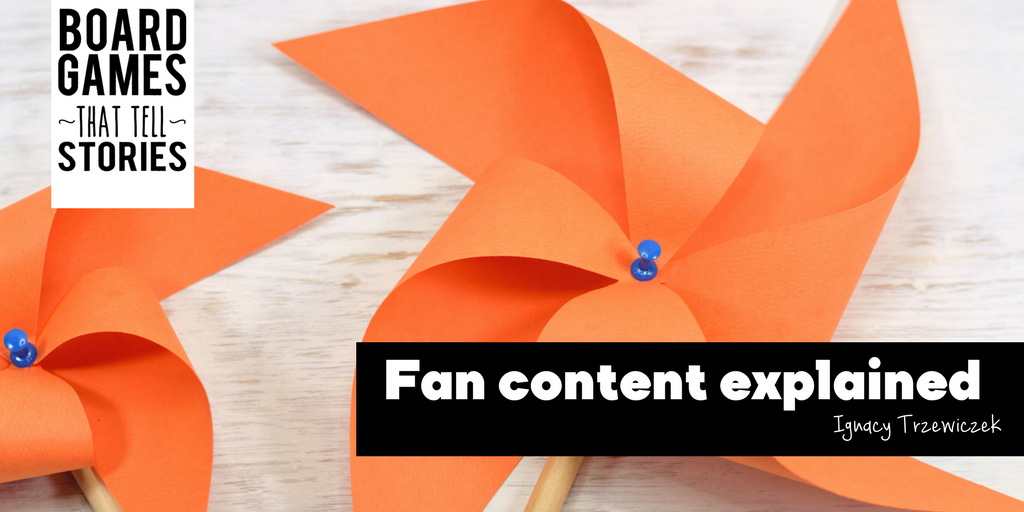 An interesting thing happened and I think it deserves a short article so I can share my thoughts on the topic. I was contacted by Dave Lartigue, who started a thread at Board Game Geek about fan-created events in the First Martians.

“Is there a way to prevent the fan-created events from coming up in the app? I have only played a few times but each time one has come up, I found it to be poorly worded, poorly written (as in, it looks like it came directly from whoever submitted it with no editing), and seemingly not well balanced, mechanically or thematically.”

As for the first part — the one about poorly worded, poorly written — this is totally for me, I was personally editing them and apparently, I did a terrible job. It will get fixed asap. Totally my bad.

As for the second part — it is interesting. Dave states that they are not well balanced, both in terms of theme and rules. That is where I –
of course — disagree.

Fan created content published as an official one is Portal Games long tradition. We published fan created expansion for Robinson Crusoe, a dozen of fan-created Neuroshima Hex armies, fan ideas are also a part of the expansion of Cry Havoc or some Imperial Settlers expansions. With First Martians we went again this route — regularly we run contests for fan-created cards and the best ideas, best ones, are added to the game.

Dave’s concern is — as far as I understand — the fact that he believes we take the fan based idea and we upload it to the app as it is, without any hesitation and any thought put into it.

It is not the case. It’s quite the opposite.

The last contest we run for the First Martians, a contest for new Explore Adventure cards was closed many days ago. We announced winners and winning ideas on our website and here at BGG.

Can you find these cards in the app? Can winners find their names in the game already? Actually not. Not yet.

Why, you may ask! Uploading a txt file into the app takes like 10 seconds! Why delay?

Because winning adventures are great, awesome, I love them all, but still, you cannot publish them as they are. It will take some time to polish them and develop into the final official card.

At every single designer panel I run, I always say ‘Go to Board Game Geek, find a PDF with fan version of Neuroshima Hex army (these files are still there), print it and then compare with the final product. Take Uranopolis fan army from files section and compare with a version we published. It’s fascinating to analyze it, it is a clear, super transparent example what development means and what amazing work Michał Oracz did preparing the fan-created army into the final product.

The same, when you compare Naturalist scenario published here on BGG, with the one that is officially published as a part of HMS Beagle expansion. They look the same, but they differ on so many small details.

As for First Martians, it is also very easy to track. Next time fan-created event or adventure pops up, please, find the card in its raw, original version as submitted to the contest and compare them. You will soon find that for many of the cards we took inspiration, we took the idea, but then we adjusted the card to the final product, we changed the card so it fits the game.

Every single fan-created card in the app is — in a fact — Ignacy Trzewiczek’s card build on top of the fan-created idea. Just open the app, find the fan based events and compare with the final ones in the game. So many were adjusted.

Dave, I failed again with my English fluency and I am sorry for poorly written fluff. But I assure you, each fan based card in the game, is 100% official one, it is approved and developed by the designer himself and is as good as any other card in the game.