Today we share with you the third in a series of design journals from Cry Havoc designer Grant Rodiek. Enjoy!

When you license a game to a publisher, you need to recognize that you’re entering into a relationship. When you’re just the designer, you don’t have to listen to anyone’s feedback. But, with a publisher, you need to listen, to contribute, and join the team. It takes two to tango, or as it pertains to the Portal Cry Havoc team, a small army. In 2014, the team was mostly me and Michal Walczak, with Ignacy acting as high level overlord with a veto here and high level advice elsewhere.

We had a few obvious things to try at first, like adding events to the game, which was relatively simple initially, experimenting with new buildings to add to the fort, and thinking about the game’s scoring mechanisms. One of the first really killer contributions from the Portal team was figuring out we could use the game’s recruitment mechanism to build structures as well. Later, we merged this mechanism once more with our movement controls. This is really fantastic in the final execution and it only deepens the strategy. Most cards can be used in four ways: movement, recruitment, building, and tactics, and the Portal team found a natural way to extend it.

The pace of development would shift between frantic and lethargic. There was even talk of releasing the game in 2014, which thankfully didn’t happen, as we wouldn’t have found the magic if we shipped it that year. As BGG 2014 approached, we planned on testing the game at the small convention. I don’t know if you’ve ever met Ignacy, but he is a bold, confident guy. However, when we met on Thursday morning and he handed me what was left of the nice prototype I sent with him to Poland, he was downright sheepish. Every card was scribbled upon, the tokens had been mixed and matched from a dozen games, the board was laminated paper, and it was just a hilarious chop job. 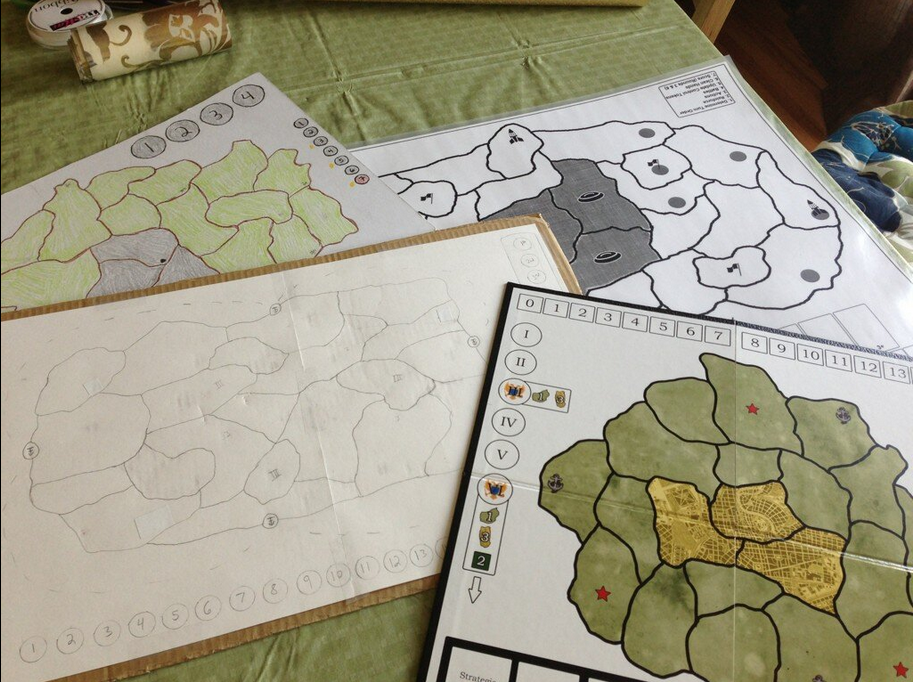 I still have that version in my office somewhere.

We played the game about a half dozen times with various folks and a few things were clear. The card driven action system was strong and compelling. The rough gist of controlling the map and winning battles to score worked. All of the content needed to be overhauled. The buildings, the tactics, everything. Finally, the game had a severe public information problem. All of the tactics were still public. Yes, players would start with different tactics and learn new ones as the game progressed, but they would all be visible the entire game. This slowed the game to a crawl as players would check and read every single tactic in play. Furthermore, there was little asymmetry in the game. It was token, at best. It wasn’t something we could advertise.

I remember sitting on my parents’ ancient laptop the following week and re-writing every card, updating the rules, and fixing the content. I emailed it to Michal Walzcak and Ignacy and enjoyed Thanksgiving dinner.

Then, things got quiet. In fact, they got so quiet I was worried Portal had lost interest in the game. The truth is, they were busy working on the game and making Imperial Settlers a huge, smash success. They were! But, the mind is a terrible thing, and mine was making me worry.

Slowly, I’d hear tidbits. Michal Oracz was getting involved. That’s only a good thing in my book. Then Michal Walczak told me the game was using deck-building. Then, we discussed how to tweak the battle mechanism away from attrition and waves towards objectives. Fighting for purpose, not just for victory. I’d review structures and debate balance with Michal over Skype.

At one point, I was sent an early prototype board put together by Michal Oracz, a graphic designer, and my friends and I gathered around a desk and used Google Translate to figure out the Polish text. It was fun!

At BGG 2015, Ignacy gave me a prime spot in his booth and I was reunited with York. We’d gone through several names, including York, Dawn Sector, Zenith, but settled on Cry Havoc. The new game was immense, with many new things, yet it was still unquestionably my game. The core was there, but the layers were refined.

Players could now learn Tactics based on one of four Terrains, which favored a resource (like Movement), and provided bonuses for combat in a specific Terrain. As you played them, you’d cycle your deck, and each game, you could customize the deck based on the battle at hand. 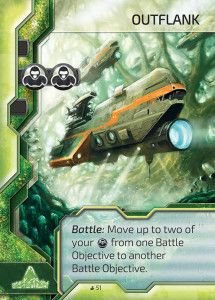 Every species had unique structures. Not only that, they had bonus skills they could learn and wield! Scoring was now an Action you could enable if you were in the lead, which was valuable as you could hasten the end of the game. The BGG 2015 build was rough, but it was close. Again, I sent a huge report with notes and balance changes with the team back to Poland. We had to figure out how to enable scoring differently. We had to figure out how to dictate player order. The skills were cool, but were not working as incorporated. Some of the Structures were cool, some were a waste of time.

But, these details were solved with final testing by the Polish team and a few of us stateside. With that, all that was left was grinding over every word on the pile of cards, cardboard, rules, the board, and more. We had to flesh out the name of the regions, fiddle with the final world-building, argue about skill balance and Events, and push Cry Havoc out the airlock.

Finally, she’s ready. She’s been played a bazillion times, has existed in 3 or 4 different time periods, has fought so many wars, and is now a beautiful, sleek, intense game. I cannot wait to dump the final version on the table and make science fiction sound effects while I organize it all. Come visit the Portal Booth at Gen Con 2016 and you’ll see why this was all worth it. The war needs troopers. Get in the pod!