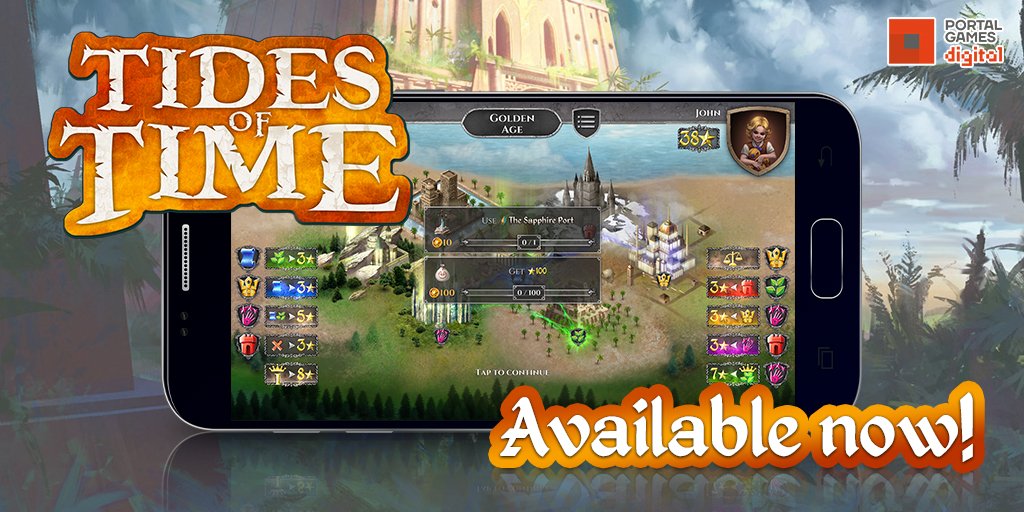 We announced founding Portal Games Digital in January 2017. A separate division of our company dedicated to bringing our best selling games to mobile. It’s been two years. They finished developing First Martians app. They finished the Antares website for Detective. They almost finished companion app for Robinson Crusoe.

But the main project they were working was Tides of Time. After many months, two weeks ago it finally got released. I couldn’t be more proud of it.

Tides of Time is the all-time best seller for us. Released in 2015 this small card game immediately became a major hit, got nominated for Golden Geek in two categories – Best card game and Best 2 player game. It got dozen of reprints, it got follow up game called Tides of Madness and became a strong contender in our catalog.

It was the obvious choice to make Tides of Time the first app developed by PG Digital.

Tides of Time is a game with stunning artwork. Every art piece on the card is a top industry illustration. And yet, PG Digital ordered more art. I was skeptical, I didn’t see a reason for doing that. Months passed, 3d versions of every building for every card were made. And then animations. And then the surrounding environment. And then…

And then I was amazed. The illustrations I knew so well from cards became a part of the living empire player was building, epic structures surrounded by trees or fields. It all felt familiar and new at the same time. I guess you were right, I had to say to the team.

Each new version brought something interesting. I loved when we were testing AI and tweaked it to be more and more smart. We hired Michał Walczak, developer for the original Tides of Time card game to write the whole strategy behind the AI, what it wants to achieve and how it plays. We finally went for three basic levels for AI and it was fascinating to see Michał competing with the program he designed himself.

Then PG Digital showed me challenges. The small thing that sounded stupid and absolutely not necessary until I actually played with it. Cannot imagine playing Tides now without it. Each time you play the app challenges you with a small additional task. Win the game with Most Gardens in Your Empire. Lose first round and then win the whole game. Win without drafting any Crown cards. And so on, and so forth.

What’s fascinating to me is the ongoingness of the process. On one hand, the product is ready, gets amazing reviews (we have an average rating on Appstore 5.0!) and everybody says PG Digital did a great job with this app, and on the other hand we have so many new ideas for the game. It’s different from the cardboard industry I work for. You finish the game, it goes to print, you are done.

Here it’s different. Releasing the game did not change our routine, we meet with the PG Digital team and we plan. We talk about online play. We talk about campaign mode. We talk about adding ‘character’ to the AI, one would be defensive, another mean, another would be risky…

We talk about incorporating every tiny comment we find on the Internet and think has value.

I love my cardboard, but Portal Games Digital is a fresh air I love to breathe now. Possibilities are infinite.