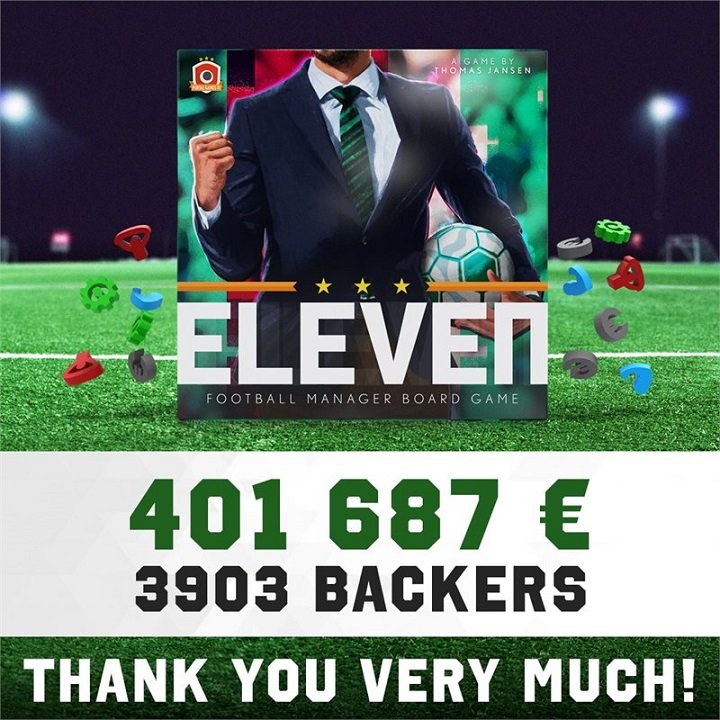 Hello
Important things happened yesterday! Messi scored for PSG! Sheriff Tiraspol defeated Real Madrid, and my beloved Borussia also won.
Ah, you’re right! The campaign for Eleven also scored an amazing goal! We finished with 3903 backers, and we became the third biggest campaign of September right now. Thank you so much for your support in this campaign. It was an amazing adventure.
What’s next?
Our plan for October is very intense and is mostly involved around the dev team and art team.
We want to nail down all the rules changes that were suggested during the campaign this upcoming month. That means the matching mechanism (five zones), the goalkeepers, and all other changes. Our plan is to finish all that elements in October and update the TTS for your November playing and feedback for those solutions.
The other important task is to finish all the artwork. In the game, there is hundreds of different illustrations, many of these already done, as you saw in the campaign, but still, many more to do. We want to close this phase in October as well.
We will also try to finish the rulebook so we can post it in November as well for your final opinion and feedback.
As for the production side of the project, we plan to have our DTP work on the final files in November and December and open Pledge Manager in early 2022. I will share details on that in the next update.
If you have any doubts or questions, please, ask them below.
Once again, thank you for the support. We did it! We are doing the best football manager game there is!
Thank you
Ignacy Trzewiczek