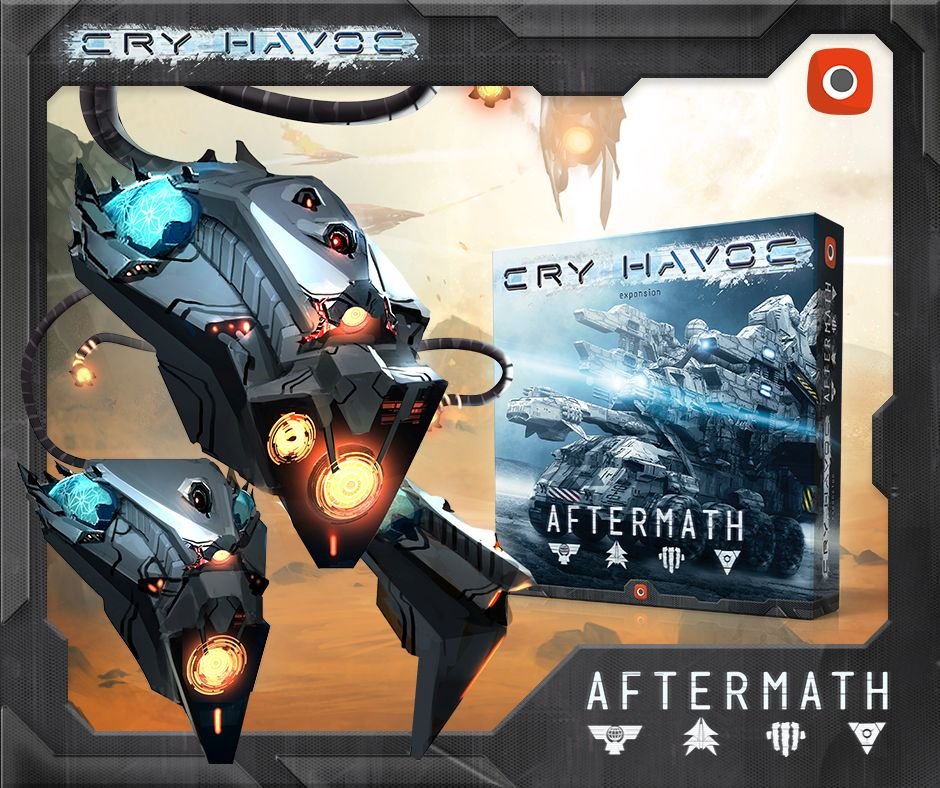 The war on planet York never changes. And why would it? It is a great war, waged in a great game Cry Havoc. The recent release of the first official expansion only proves, that when something works, you don’t break it, only add more.

And to celebrate that, we have compiled a lot of cool stuff about the game and released it last week. Let us show you, what we’ve prepared for you:

Ignacy wrote few articles about the mechanics of the expansion. You can read about the New Structures or about New Skills. He also posted a blog entry about brainstorming ideas with fans.

There is a gallery full of awesome photos of the game, with a lot of cards and components, so you can see, what you’ll get in each box. We have also compiled a gallery of the sketches and artworks used in the Aftermath expansion.

If you are in a hurry and don’t want to read or watch pictures, we have got you covered. We have released a video about the contents of the expansion:

and a summary about what Aftermath is:

Here is a video about structures:

There was also a contest – check out the one sentence reviews!