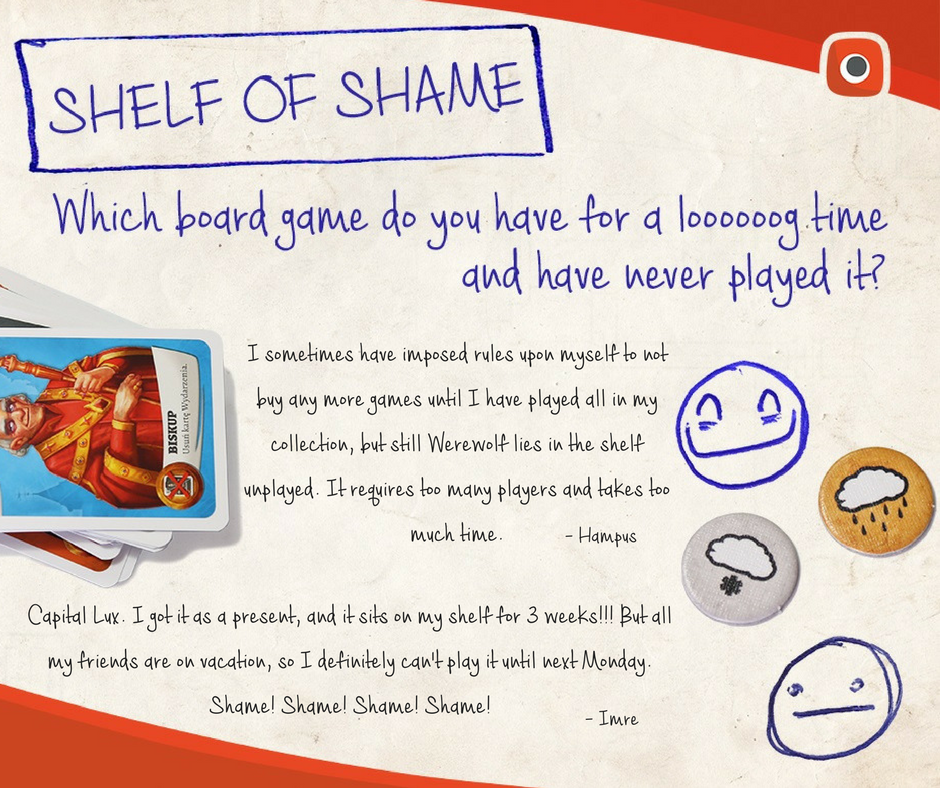 A week ago we have asked you, Portal Games fans, about your Shelf of shame… or which board game do you have for a very long time and have never played it? Which one is a must have in your inventory, but you’ve never actually played it? Which one is the source of your shame… or fear of defeat? Or just too complex or boring? The time has come to share your stories and see, what board games lies there in the dark, under layers of dust.