Sand Runners is the newest fraction in Neuroshima: Hex! It features remaining forces of the army once sent to fight Moloch. A bunch of nut-cases who lost their minds long ago. The main advantage of this army is its ability to turn off the fundamental board space during the Battle with the use of Sandstorm. Some Sand Runner Warriors have Features like Modules which helps them support each other during Battles. Additionally, the HQ is double-sided, which allows it to eliminate a single, slower threat before it attacks. Their disadvantage is their low starting initiative, and the fact that an unfortunate change of the HQ side may result in the inability to kill adjacent units during the Battle. 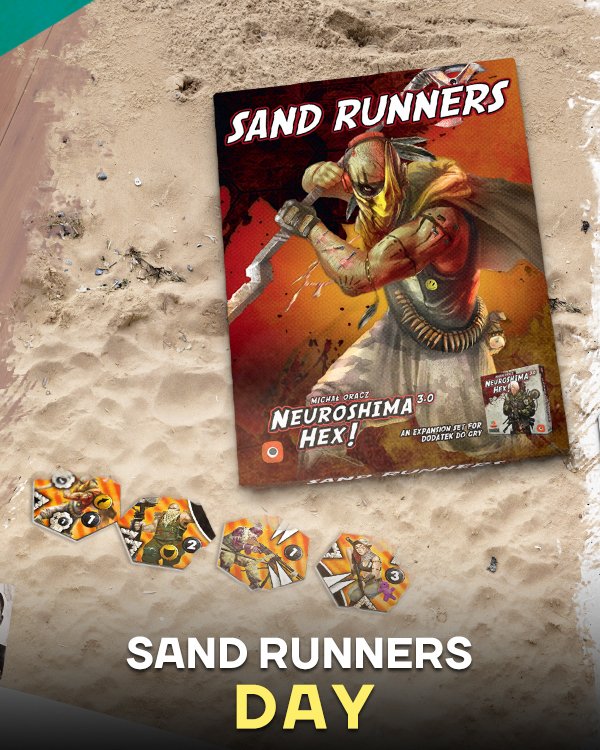