A new language edition and more! 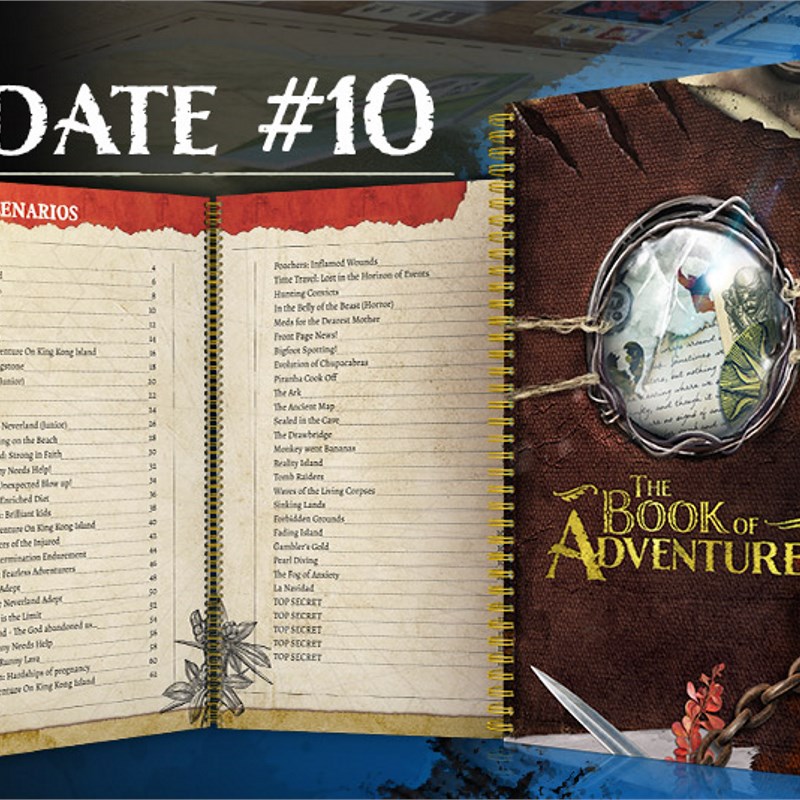 Hi, there!
It’s our 10th update! Time goes fast! And day after day, I have fantastic news for the campaign, and my team keeps bombarding me with things I need to cover in the updates. There is a ton of energy here!

Brasil! We are coming!
You probably already saw it on the Game Found page – there is a new flag to the cover image! We are happy to confirm another language edition and welcome in the Robinson Crusoe family our Brasilian partner, Conclave Editorial! They will do the full version of the game so that you can back both the base Robinson Crusoe Collector’s Edition as well as Book of Adventures! Brasil, you excited? We are!
Lider markers!
Many of you – who know the rules of Robinson Crusoe – asked how we will resolve stacking pawns rules with miniatures. How you stack minis, you asked. Well, you can stack minis to play reversed Jenga, but to play Robinson, you don’t stack minis. You use one of the Leader rings that are in the game to mark which miniature is the Leader in the action and will roll dice! 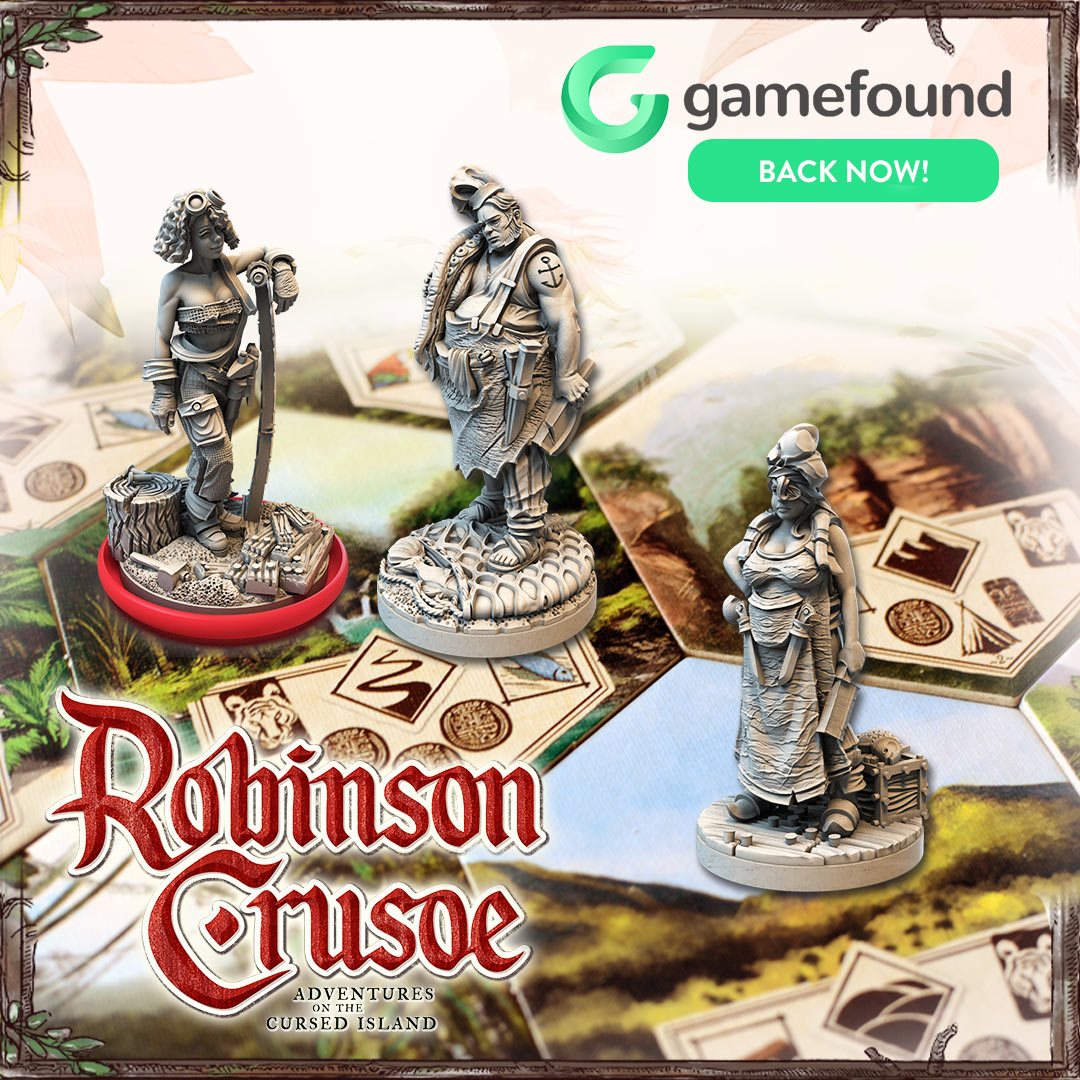 Live stream gameplay poll
For the weekend, we are preparing for you special live stream gameplay of Robinson Crusoe. Our US team will play the game and answer all your questions about the base game of Robinson and most of your questions about the Book of Adventures! 🙂
And because we do this stream for YOU, we want to ask YOU if you prefer video with base gameplay, sort of tutorial presentation of the game so you can decide if you want to back it or not OR you prefer to see one of the new scenarios from the Book of Adventures. In other words, you a rookie or veteran?
The stream will take place on our Twitch and YouTube channel on Saturday, April 3rd at 1 pm EST. We will provide links to it on Saturday’s update, but you can subscribe to our channels today!

Two days ago, we announced how we will make your edition of the Book of Adventures special and what incredible things we will do with the cover. Today Daily Unlock is one more step in that direction, and we are happy to announce that…
Today we unlock high-quality paper for the Book of Adventures to make it epic-looking volume! We will print the book on Munken Print Cream paper, and we cannot wait for you to grab your copy of it and see how gorgeous it is. The book is thick and has 136 pages!
Important: The special Munken Print Cream paper is used only in this edition of the book, not in retail version. 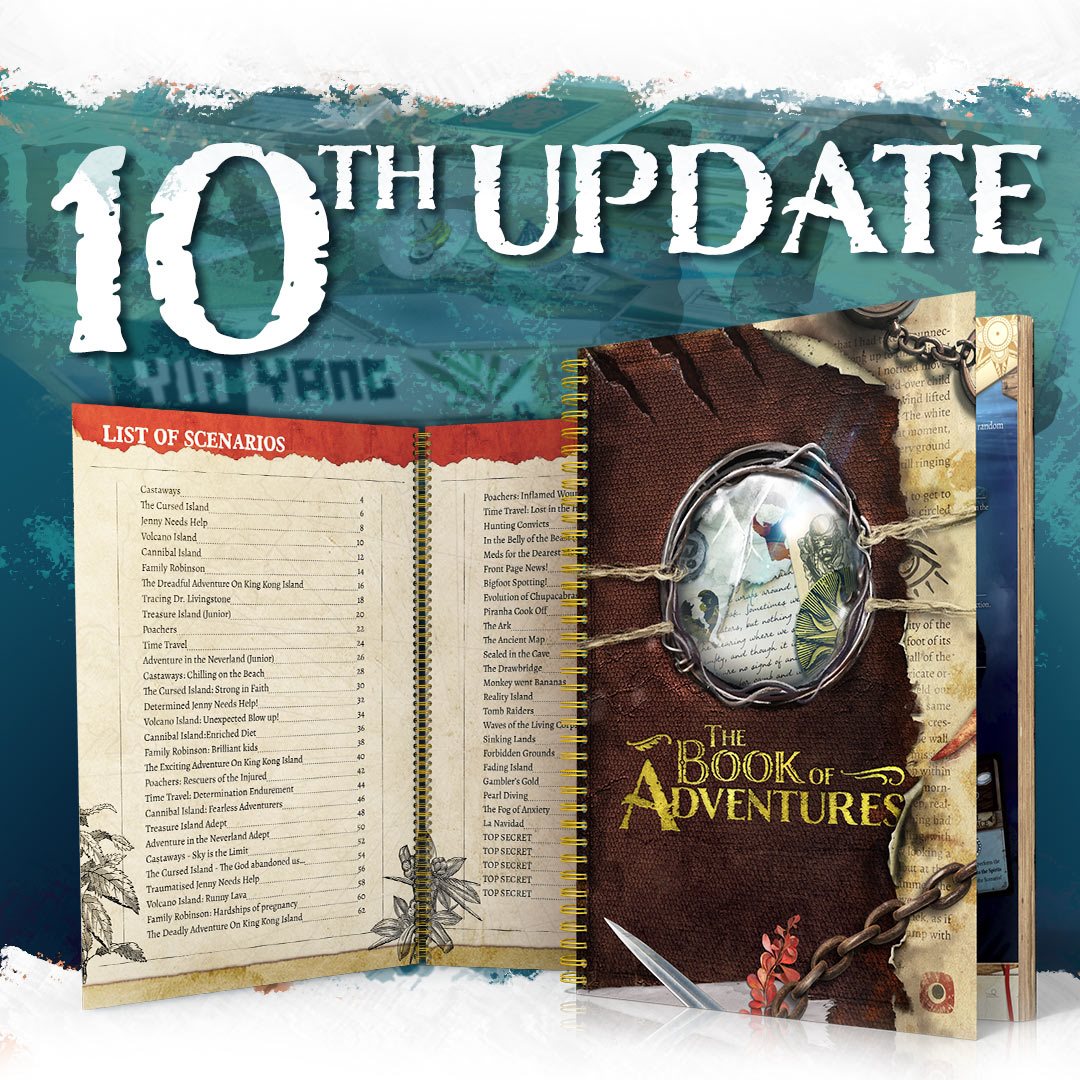 Today we also want to reveal the list of scenarios you will find in the Book of Adventures. It is a looong list! 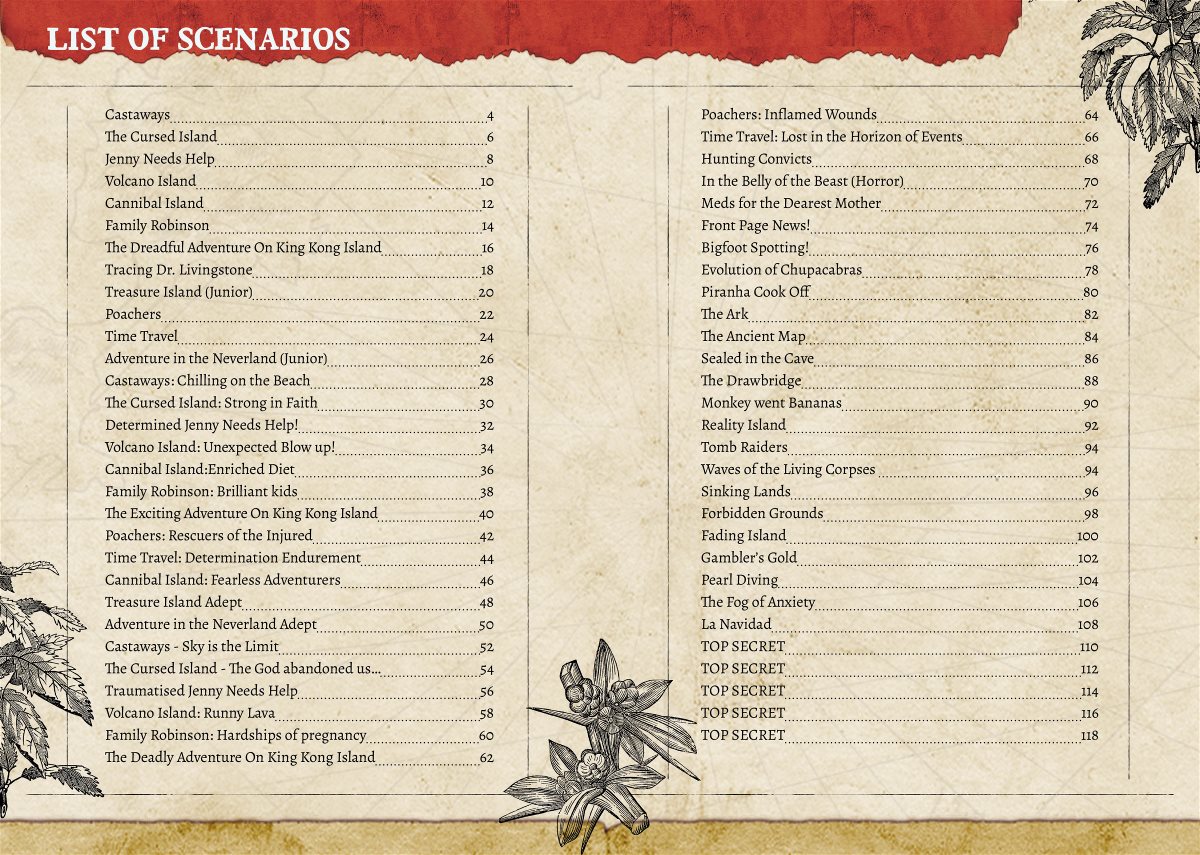