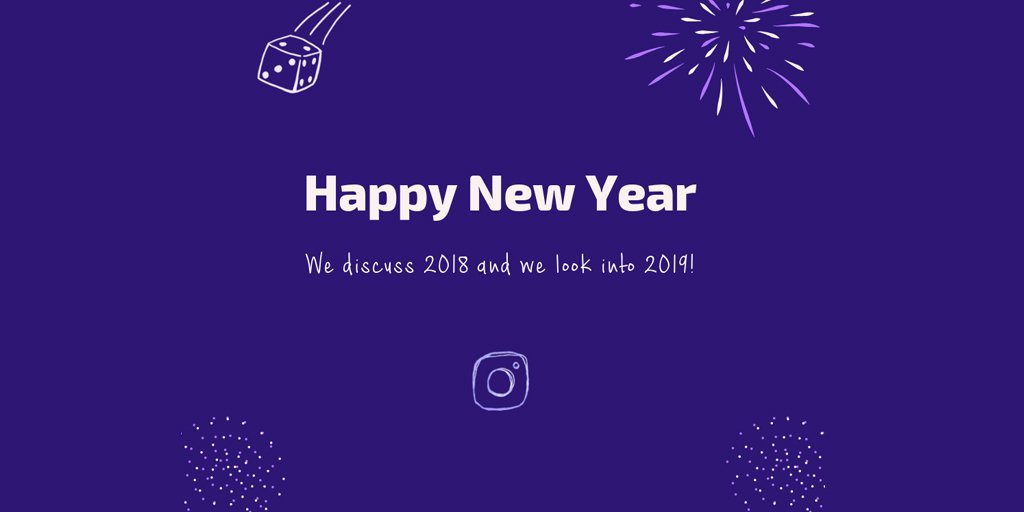 The year 2018 was a rollercoaster for us. With the release of Detective, we had one of the biggest successes in the history of Portal Games. With the series of very unfortunate mistakes in our productions for the Polish market, we had a terrible year that will hunt us for years.

What we are proud of…

1. Detective
Detective is a dream come true. Long months of writing it, developing, testing, editing, all that incredibly hard work absolutely paid off. In the opinion of many players and reviewers, Detective is one of the best games of the year. Never before we received so many emails and social media direct messages from players who played the game, loved it and wanted to thank us. Since 2012 we haven’t had such an immersive game, true Board Game That Tells Stories. We came back to our roots and it was a stellar experience.

2. Rulebooks
None of our releases this year had rulebook issues. We have a long tradition of failing you with our rules. This time we did our homework right. Both, Detective and Monolith Arena (along with a dozen smaller products like Amazon, Discovery and other) provided you with a clear and precise ruleset. I am far from saying we finally learned how to write a good rulebook, but let me just say I am happy, relieved, proud and absolutely focused to continue this brand new tradition.

3. Transparency
We continue to be one of the most interactive, transparent and open to fans publishers in the industry. We managed to run weekly vlog all through the year, every day we are for you on Twitter, Snapchat, Facebook, Instagram, and we use these platforms to chat and communicate with you. It’s not just ‘send a message’, just send ‘press release’, just ‘fire and forget’. We use them to interact with fans, and we appreciate the relationship we have built. Never before we received so many warm signals from our fans. Packages full of cookies sent to our HQ being just one of the crazy examples… Thank you.

What we are not very proud of…

1. Event Kits
Both In-store Event Kits for Robinson Crusoe and Imperial Settlers made a ton of our fans unhappy. Precisely opposite to what we wanted to achieve! Problems with distribution and availability, lack of our thought about all our fans who don’t have FLGS in the area, wrong estimation on print size created one big mess. We received 100 times more emails from disappointed fans who desperately wanted to get items from these kits, that from fans who got them and were happy. That was one misfortunate operation. We learned our lesson, at the end of the year we created for fans LootBox with unique mini expansions and we are eagerly waiting for feedback on this idea.

2. Delays
Robinson Crusoe: Mystery Tales, reprint of 51st State, a new edition of Pret-a-Porter and a new edition of Stronghold: Undead are just a few examples of products that were delayed and postponed for 2019. For some of them, we did additional development, for some we just have no real excuse – it just happened. We begin 2019 with some important changes in our management and production process, and hopefully, in the upcoming months, you’ll see the first results of these internal changes and fewer press releases about postponing products.

3. aMAZEons
Ignacy hasn’t learned how to pronounce the title of Imperial Settlers: Amazons. In his podcast Board Games Insider, he tried a dozen of times in September, October, November, and December and still, no luck. He is an old dog. You can’t teach him new tricks. He will continue to butcher English and speak with his Slavic accent. There is no hope. We cannot promise change here…

1. Anniversary
Portal Games was founded in Poland in September 1999. This year we are celebrating the 20th birthday and we have planned a ton of exciting events (most of them in Poland though!). We cannot wait to share with you all the crazy stories from the past, talk about the history of our company, our milestones, our biggest hits, and biggest flops! We gonna make 2019 a one big funny Throwback Thursday!

2. New hires
We have new hires in the company and that makes Portal Games so much stronger. The big change for Portal Games US will be announced in the very first days in January so stay tuned because it is a major change for us for US market. We also have two hires in Poland, both in the development team with Matt Dembek signing with us for another year as a Junior Developer and Joanna Kijanka joining Portal Games in July as Head of Game Development.

3. New releases
We are obviously very excited about new projects. New games, new expansions, new and unexpected products. All of that will be announced on January 26th, during Portalcon, our annual show held here in Poland and live streamed worldwide. Stay tuned. We’ll get you excited. We promise.