A pre-sale of the Neuroshima Hex The Year of Moloch limited Collector’s Edition only until November 23! You can get the game with the special bonuses: a 14 cm Borgo figurine and a beautifully crafted Artbook in pre-orders in our online store only.

Neuroshima Hex! The Year of Moloch is a limited edition of the best-selling strategy board game for 2-4 people, published by Portal Games on the occasion of the Year of Moloch. 2020 is a special year in the Neuroshima universe, described 17 years ago in the first RPG manual for this system.

Collector’s Edition of Neuroshima Hex! The Year of Moloch features, among other things, a special two-layer board with new graphics, player boards for all factions, a campaign about the origins of Moloch, new illustrations of army units, and ironing for all 19 armies. This is a limited edition: only 2020 copies of the game will be printed, in a large box (31 x 31 x 10 cm) with a new design.

Only in pre-orders through the Portal Games store, and only until November 23, you can order Neuroshima Hex! The Year of Moloch with bonuses: a 14 cm figurine: a Borgo bust made of resin, and a beautiful Artbook in a hardcover. It contains previously unpublished illustrations and graphic materials with comments from the creators. 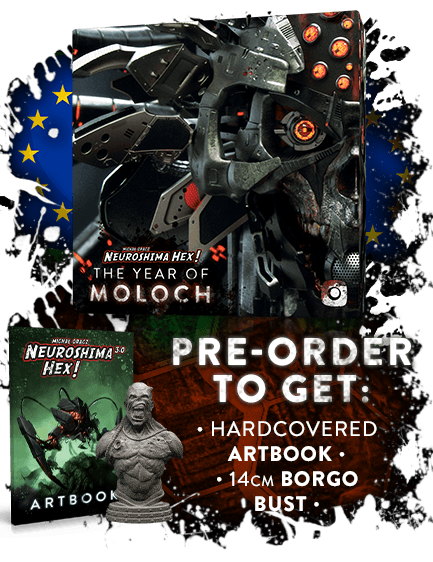 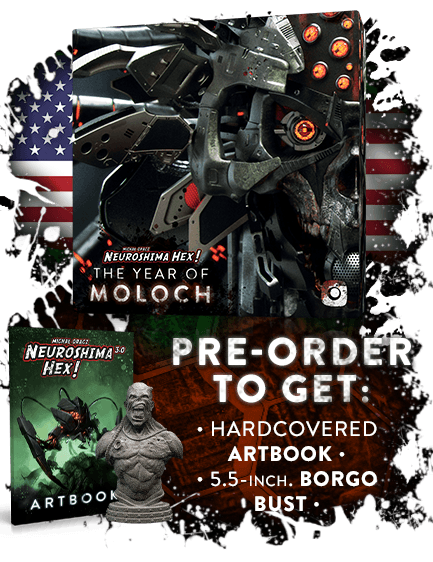