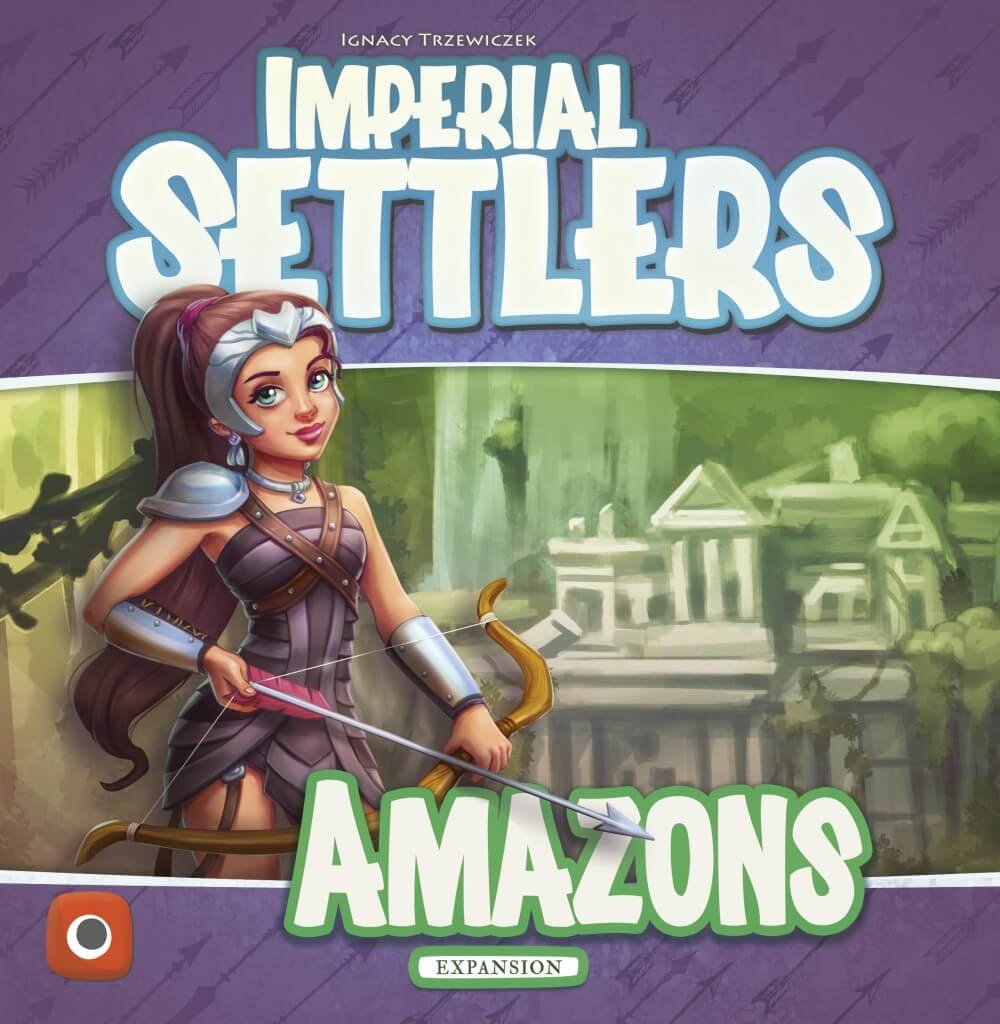 Imperial Settlers: Amazons will be released at Essen Spiel 2018

The English version will be released on October 24th. Discover the new deckbuilding mechanism, which lets you change the contents of your faction deck during the game and focus on powerful combos!

Amazons extensively use cards with the “building bonus”. Most of their faction cards are useful, and produces valuable resources only when built, while usually having only the foundation as their cost. That minor change is in fact huge for how we treat our faction buildings. Amazons are a unique faction that will not discard their faction foundation when used to build another card, and will put back in their faction deck instead.

What’s more, you will also gain the ability to discard cards from the hand, which will help you control your next moves. Now you can focus on the few cards, that will grant you the most victory points!

The expansion was created by Joanna Kijanka, based on the faction idea of Ignacy Trzewiczek, with great artworks by Roman Kucharski and Anastasia Meylus.

What cards will you choose to build your own Amazons Empire, in the newest Imperial Settlers expansion? 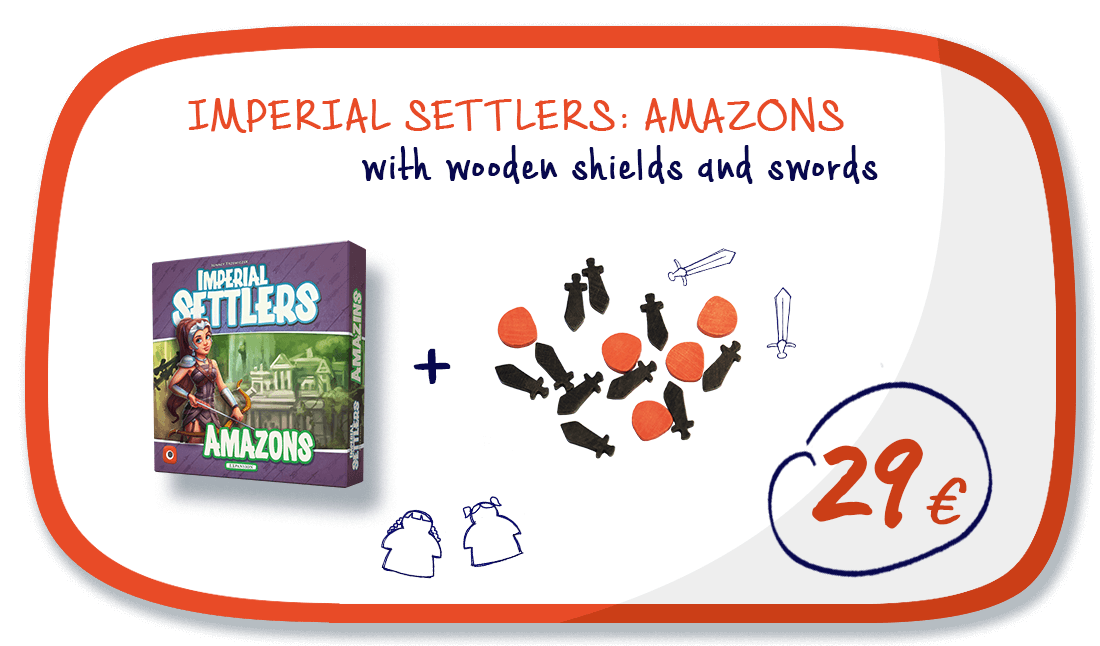 Pre-order the expansion now and pick it up at Essen Spiel 2018 or get it around its release date with standard shipping. Either way, you get awesome wooden components completely for free!

To celebrate the fact that the warrior-tribe of Amazons enters the world of Imperial Settlers, we have compiled all of the factions: 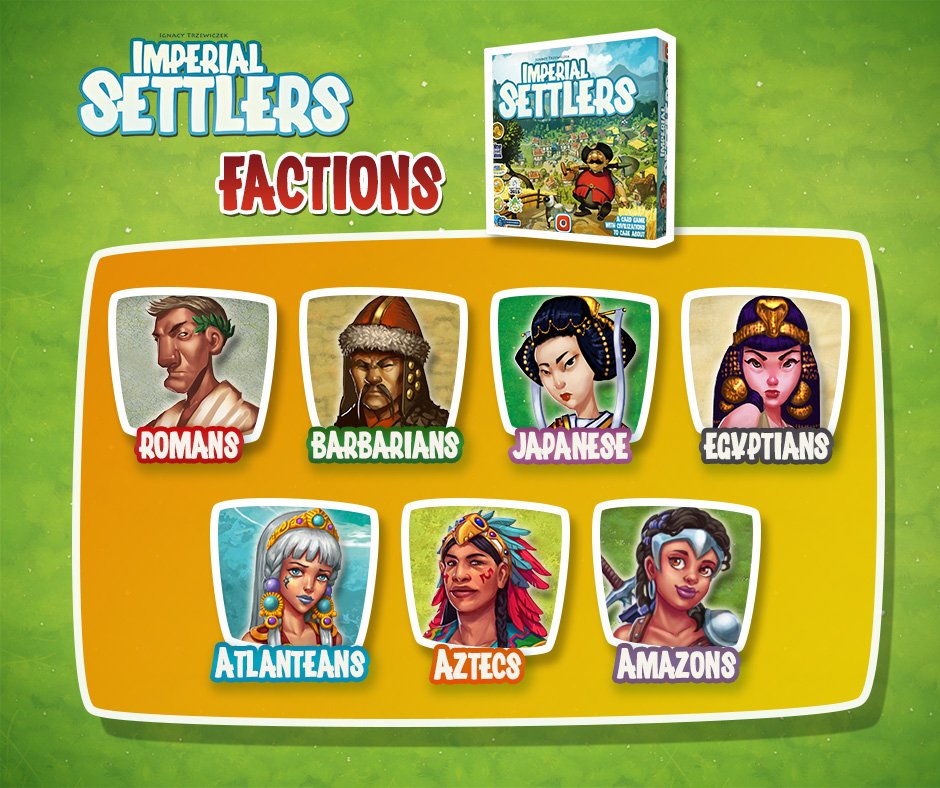 That’s seven unique faction, seven ways to play the game, one standard box with four factions and three more, with the Amazons being the newest.