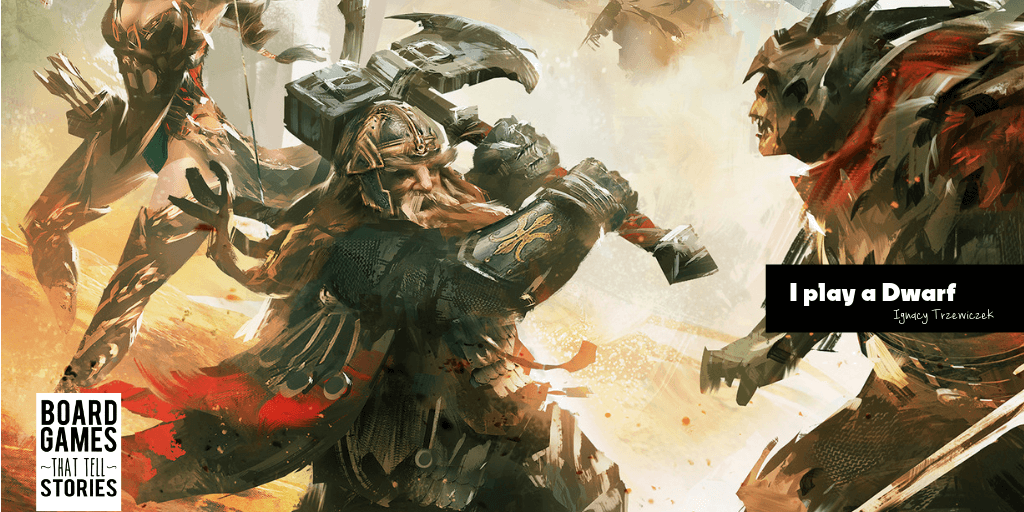 That’s why it was my first pick when I played Monolith Arena for the first time. And from the very beginning, I felt like at home. The moment I saw a shield icon on my banner tile and on half of my units, I smiled. I had no clue how the shield works yet, but I already loved it. I am dwarf. I love my shields.

Defence
Each dwarf warrior has additional life point when is adjacent to the dwarf banner. Of course, they have! They’ll defend the banner like lions! What’s more – Dwarf army has dudes that had no attack icon whatsoever, just a ton of shield icons. ‘I’ll stand here, and no one shall pass.’ type of dudes. That’s my dwarven soul singing. That’s a happy dwarf.

Attack
As I soon learned, the Dwarfs army has a nice mix of attack units, we have a good firepower and we have my two personal favs – the Wyvern, who attacks in melee in every single direction, sending bites and kicks all over the place and Combat Platform, weird dwarven war device that looks like a dozen of crossbows mounted on a spider. We dwarfs, love that kind of engineering! 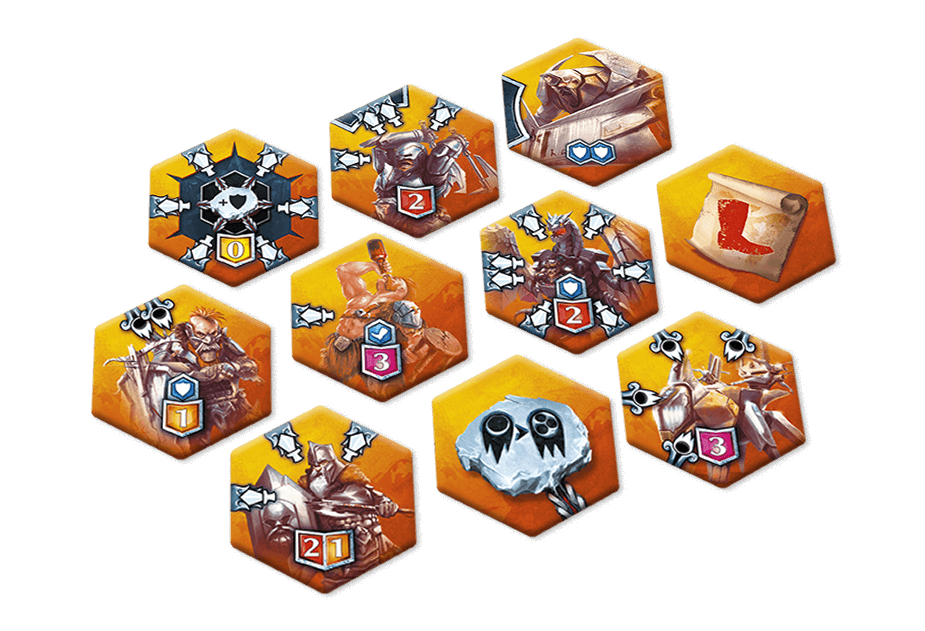 On a serious note, Dwarf army is well balanced, it has seven units that fight in melee combat and four that can shoot.

Surprises
We have grenades. Of course, we have. Do you have a problem with that? Say a word, and I can throw one. It affects three adjacent spaces and does an excellent ‘boom!’.

We have a Rune of Penetration that changes regular range attack into crazy ‘kill everybody in the line’ sort of attack. We have False orders tile to move stupid enemy tiles on the board. We have Push order to kick enemies away. We have a ton of good tiles to spice up our units.

Summary
The Dwarf army in the Monolith Arena is a classic mix. Good, strong units, a ton of power-ups, and few thematic surprises like grenades or False orders. And then there is this last piece of the dwarven puzzle. Drunken Dwarf. He is not strong. He has no shield. He just meets the theme. I love him too.