German edition of Vienna Connection is currently in the production process. As other games from the line, Vienna Connection in German will be released by Pegasus Spiele, and its premiere date is planned for the end of September. Pre-ordered copies will be shipped directly from Portal Games HQ at the beginning of September, so approximately 4 weeks ahead of Pegasus Spiele premiere. All the files have already been sent to the production facilities so the dates are safe. 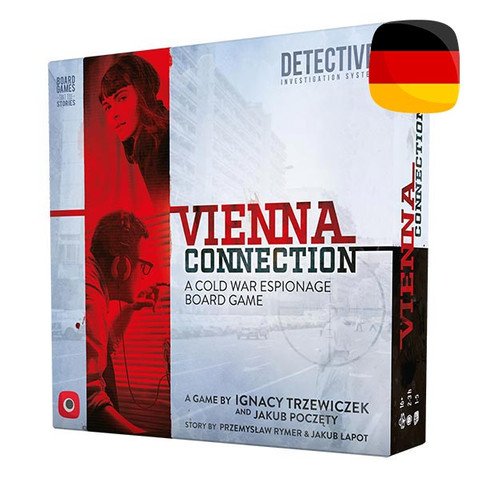