Hi there,
Today we’re making a really quick update. We’re going to talk about today’s Stretch Goal – the new Objective cards – and Thomas will elaborate on the mechanics of the matches. Let’s jump straight into it!

New challenge for you – the Objective cards!
Once again we’re turning to you for ideas for the new Objective cards. What objectives would you give to the manager of your club? Our previous challenges proved how amazingly creative the fans are, so we absolutely cannot wait for your suggestions! As always, please write them in the comments below.

Today’s Daily Unlock is 5 new Objective cards designed by fans!
Make each gameplay different with 5 additional cards introducing new Objectives suggested by the fans during the campaign. It’s time to look at the football business from a different angle!
This gameplay bonus is a Gamefound Exclusive Stretch Goal for Eleven. It won’t be a part of the retail version of the game. All Stretch Goals will fit into the box.

Matches
So let’s talk about football matches!
I will start by telling you the history of the match system.
When I designed Club Stories, I wanted to make a football manager game, inspired by the great manager games on the pc. I did not want to make a football game. Don’t get me wrong, I was a huge fan of the Fifa series. I have been playing them since 1996. I even managed to become a top 50 player on the pc here in the Netherlands 8 or 9 years ago. But I wanted this board game to be about running a football club.
That doesn’t mean matches aren’t important. But I had to find a quick system for the match resolving part that didn’t take too much time and was interesting enough. So I came up with a system that worked well. There are 3 zones on the pitch: Forward, midfield, and defense. There is room for 4 players in each row. You can place player cards there, or use the strength 1 player already there. You select your players by putting cubes on them. You must give a player 1 out of 2 possible tasks: try to score (ball) or press (shield). You assign these tasks simply by placing the player card onto a ball or shield space. The forward section has 3 balls and 1 shield to choose from, the midfield has 2 balls versus 2 shields, and defense has 3 shields and 1 ball. Each zone is compared to the opposite zone of your opponent. For example, your defense zone is compared to the forward zone. Your players who try to score (ball) are compared to the players that are pressing (shield), etc. You choose which players meet. The scoring attempt of a player is successful if his strength is higher than the pressing player. For full details, check out a Club Stories playthrough on Youtube.

Club Stories was successful and also the match system was liked by the players. It fits the type of game Club Stories is.
So that’s where Eleven took off. Ignacy and his team quickly came with the jersey tokens. You can flip the tokens to change the tasks of the players. You are also able to put more players in a section. I added the 9 sections, instead of 3, for faster resolving. It also gave more options for the flanks. How cool would it be to have these jersey tokens on your pitch and be able to move them wherever you like? Like a real manager right before this match on his whiteboard. We also wanted to make it harder for a defender to score a goal, and we had some other ideas.
These new ideas made it so much cooler. Instead of just going for the fixed Club Stories system that already worked well, we started a much more open and free idea that gave many options and choices for the players. But because of this freedom, the chance of the system being ‘hacked’, (finding a way to always win) increases as well.
We have so many cool ideas. We also got a lot of suggestions from you guys. But every single good idea needs to be tested thoroughly. We don’t want it to be hacked! We had several playtesters (usually Munchkin players, according to Ignacy) who broke a new idea. They let their teams play in systems football fans like us, never thought of. Remember, we could have had a system ready before the Gamefound page went live. But we didn’t want to. We just want the perfect system, the perfect experience. 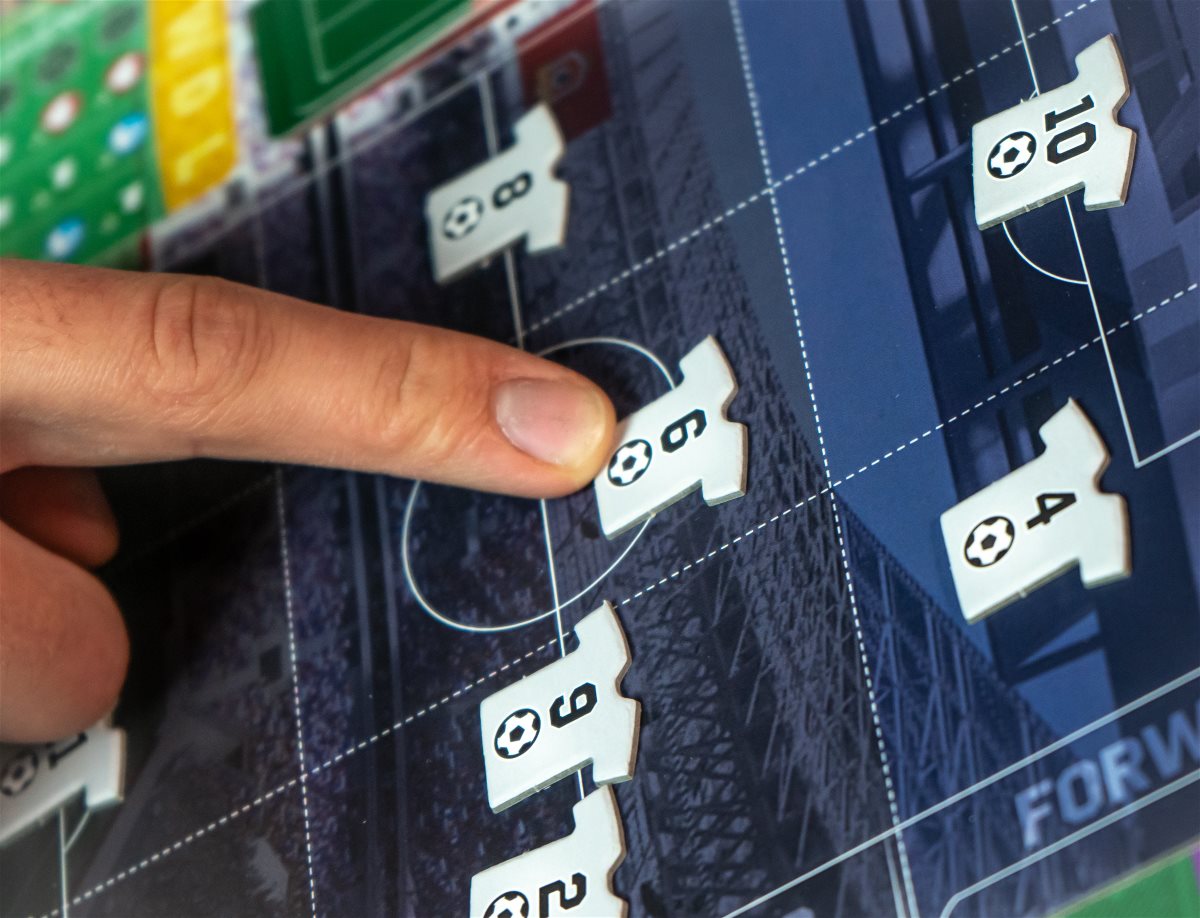 There was no goalkeeper in Club Stories. But right after the start of the Eleven campaign, a lot of people were asking for one. Some were referring to the name of the game. How could we have only 10 players on the pitch and call the game Eleven? Can’t argue with that of course 🙂
So, we will add goalkeepers. We have lots of ideas. Keepers will be able to make saves. The better they are, the more and better attempts they can stop. They may even grow into the coolest players on the pitch, in my opinion. Thanks to your requests.
So I hope you trust us here. We are almost there. But we want to do it well. If we made a PC Football Manager, we could have released the game and sent you loads of patches afterward that fixed problems. But we are making a board game. And besides that, we just want to bring you a very, very great football manager experience.
—
See you tomorrow!
Joanna Wareluk from the Portal Games’ team