Hello, hello,
This is Ignacy Trzewiczek, and this is another update in our campaign. As always, I bring some great news and also an additional description of the content in this campaign.
Are you ready?

Dev play-testing marathon
This weekend we have our annual board game retreat, and the prototype of Eleven is packed in the bags. We will have a three-day brainstorming session between our development team and a solid part of our playtesters team – all gathered together in one place. I cannot wait for this epic session, and I will report on results in the upcoming updates.
Big Box for Eleven
Many of you ask in the comments for the Eleven Big Box that would fit the base game and all the expansions. Our Production team is still evaluating this possibility, but we cannot confirm it yet. The final decision will be made during the campaign’s last days – and as always, everything revolves around the print run. If there are 10k backers and 2k of them want Big Box, production can do it. If there are 2k backers and 300 of them want Big Box, production cannot do it, the print run is too small.
As I say in every update, we need your help, we need you to “Bring the noise”, we need you spreading the word about this amazing game. As I always say – we play in one team here.
Keywords used in the game
In the Google Form, where you can leave your feedback (you can find it in the TableTopSimulator version of the game), you suggest some changes in names and keywords for various components in the game. As every day, I confirm – we listen. We made a list of suggested replacement words, and we will consider them to increase the clarity, especially to players less familiar with the football world. Youngsters and Free Actions are mentioned the most often, and I can confirm, we are looking for new keywords here. Thank you for your feedback. Our Development team is evaluating possible name changes.
And now… Time for today’s amazing stretch goal and then for Thomas and his diar! 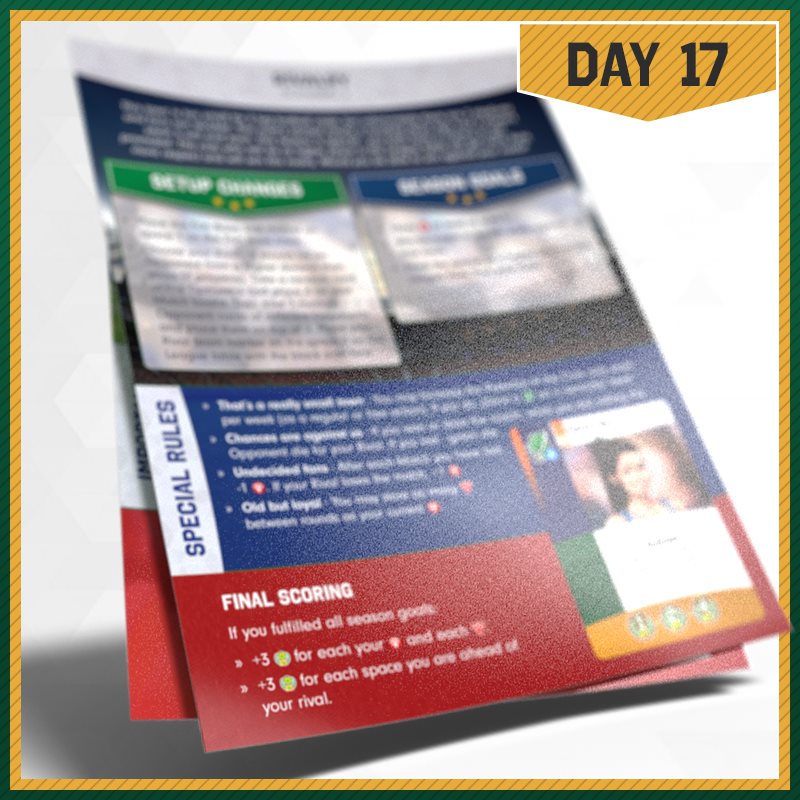 Today’s Daily Unlock is 2 Individual solo scenarios utilizing bonus components unlocked in this campaign!
Enjoy 2 new and exciting stand-alone solo scenarios that take advantage of bonus components unlocked as daily Stretch Goals in this campaign. They can only be played with the Gamefound edition of Eleven and utilize the extra content we unlocked in the last 2 weeks.
This gameplay bonus is a Gamefound Exclusive Stretch Goal for Eleven. It won’t be a part of the retail version of the game. All Stretch Goals will fit into the box.
Now, let’s learn more about the International Cup expansion from the designer Thomas Jansen:

International Cup expansion
So you did well as a manager. You managed to bring your club to the national top. Are you ready to go international? Play 2 games a week? Now is your chance to prove it. 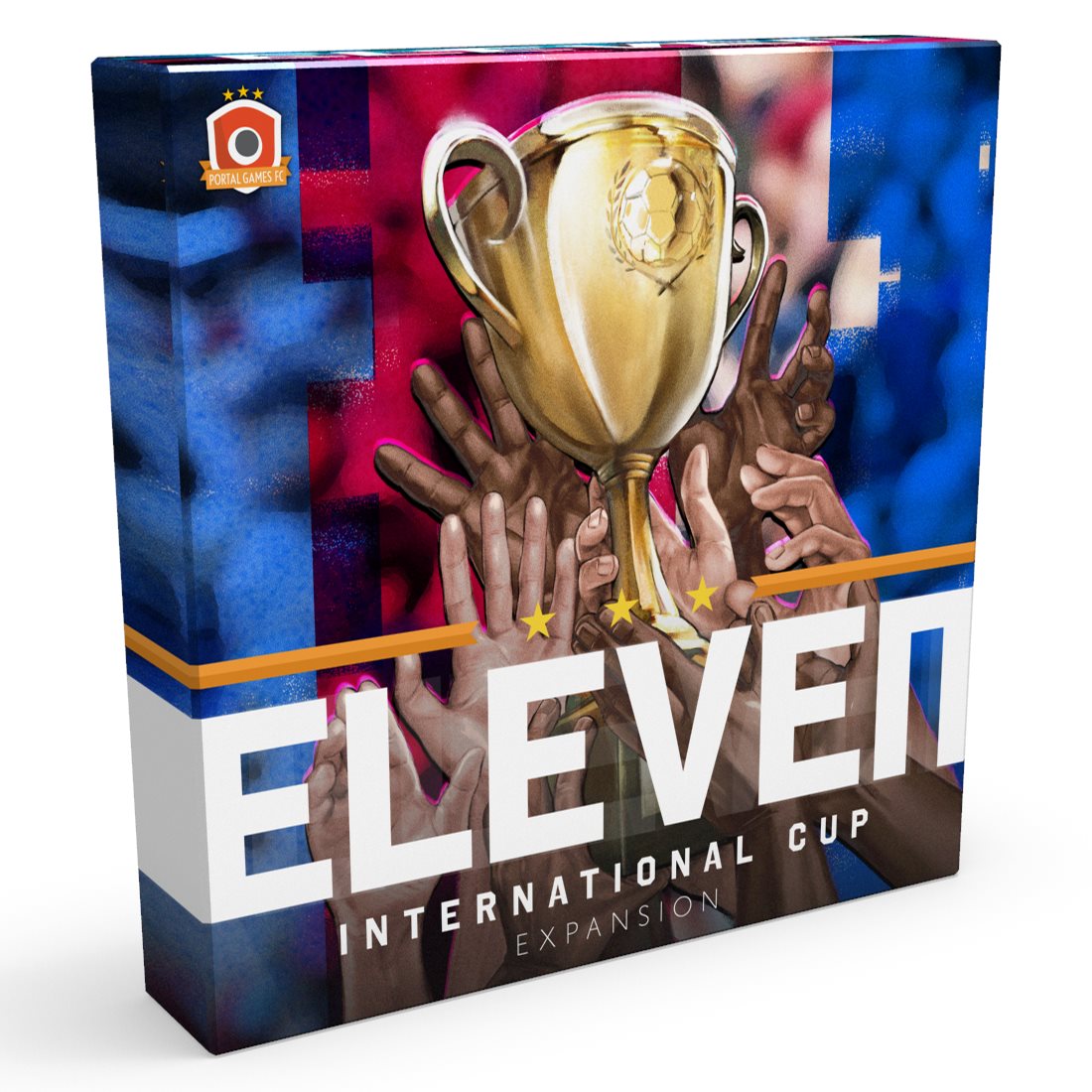 The international cup is one of my personal favorite expansions. Besides the usual league matches, you now play international matches as well. You need to have a fit selection of players to survive the season. You probably need more players as well.
Since I’m a fan of a club that never plays European matches, this is new for me. My team always plays in between the second and the first division. I can’t stand it when they win against a bigger club, and the opponent manager complains about their busy schedule being the cause of the loss. Why can’t they just admit they were the weaker team today?
But after playing this expansion, I understand. A little.
When you play ‘the international cup expansion’, the first 2 weeks of the season are the same as in a normal game of Eleven. But in the following weeks, you play midweek matches on Wednesdays as well. You play in an elimination tournament. There are 42 new opponent cards to discover, so the tournament will be a real adventure. But one mistake and you’re out. That’s how it works.
Opponent- and player markers are placed on the tournament board. Each week, the markers of the eliminated clubs are removed and the winners move on to the next round.
It’s also possible you will face one of your fellow players in the tournament. How cool is it to kick your friend out? It probably feels like winning a derby.

You still need to pay those fitness markers, so look for a way to keep your team fit. When you are out of the tournament early, You don’t have to worry about that anymore and may want to put everything on the national league. But of course, you want fame and respect, and most of all: Victory points.
Sometimes a match isn’t finished in 90 minutes. A penalty shootout will take place. Of course, your team will suffer more fitness.
In this expansion, you need to deal with the dilemmas of the big managers. Which players shall I put in the starting line-up for the cup? Shall I rest one of my top players? Is it worth the risk?
If you reach the finals of the cup, you will play against a powerful opponent. There are special finale opponent cards. So no monster to fight in the final battle, but a world-class football team. Good luck!