Dune: House Secrets, an adventure game set in the Dune universe, is premiering at this year’s international board game convention SPIEL taking place in Essen. The publisher, Portal Games, is proud to announce that apart from the English, German, and Polish editions of the game, that are currently being released, the company has signed agreements to publish Dune: House Secrets in the following languages:

This already makes 12 language versions in which Dune: House Secrets will be available. More language editions of the game to be announced soon! 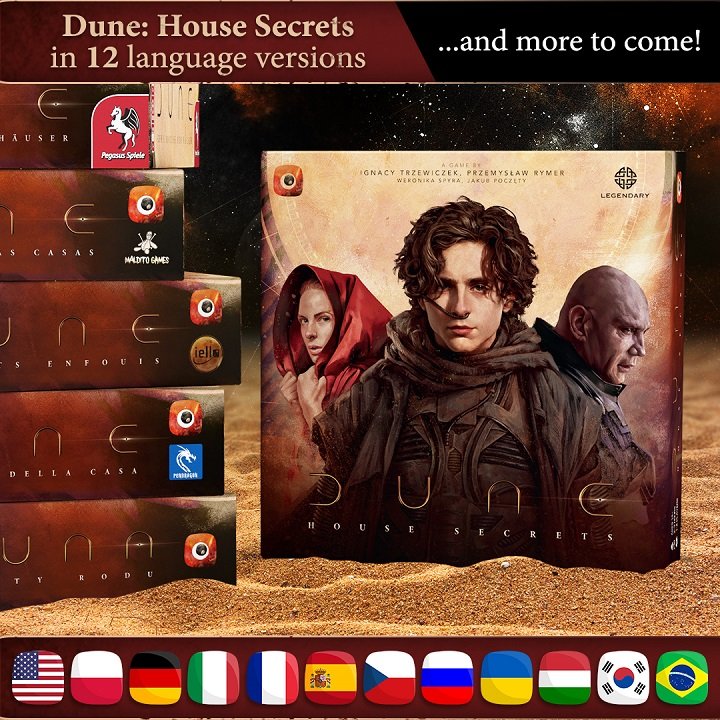