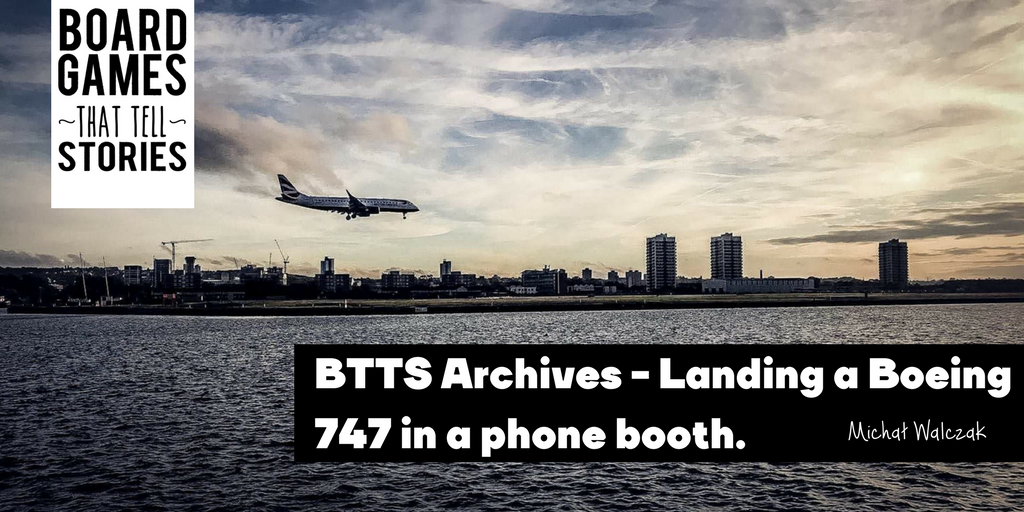 [I run #BoardGamesThatTellStories blog since July 2011. I’ve decided I will choose articles I like the most and republish them to present them to all new board game fans that joined our hobby meanwhile! For all of you who already read the article, I hope, you will have a good time again with it! Today we go back to Michal Walczak’s article about developing #TidesofTime. Since then the game became our evergreen and is a strong part of our catalogue!]

It’s just another average day at Portal Games. I work on new version of our next strategy game. I update rules, I print the new cards for the prototype, that kind of stuff. I love this job.

At some point, Ignacy approaches me and shows me the prototype of Tides of Time. Microgame about building macro civilization. Rules can be explained in 2 minutes, you play in 10 minutes and what is most crucial – you want to play again. I love it since the first game. ‘Where is a problem here?’, I ask.

Ignacy lays out cards on the table and shows me. There are 5 suits in the game. Some suits are scored more often. A player with three Libraries in hand will score less than a player with three Towers. We need to balance this mess.

Numbers! Suits become numbers, everything changes like Matrix. I can sum up values, I can calculate probabilities, I can do the math. Yeah, I love math. I turn on my laptop, I open Excel and I start to work. I am so excited.

Soon after Ignacy contacts me with Kristian Curla, designer of the game. And soon after I discover he is a mathematician. He works at University. He knows math.

Oh, my. It will be hard to say that I just did some calculations and I know better. He is a mathematician. He is the shark in this pool.

Actually, he wasn’t. After we played he said something like ‘It’s boring. You broke the game. It’s not fun anymore.’

Fun. Yeah, I might forget about fun factor element.

Basically, he wants me to land Boeing 747 in a phone booth.

That’s what working at Portal is. Doing impossible. So I have math shark on Skype, I have Ignacy in the office. It’s time to work. It won’t be easy, but I will land this damn Boeing in a phone booth. Oh, yes, I will.

I don’t want to sound like complaining but this is hard. You have these ideas for cards, you come up with one idea after another, you put them on the table and you hear over and over ‘Nope. Trash it.’

At some point, I was asked by Lucas when we are ready with the game. He needed to write rulebook. My answer was simple ‘I wish I know.’

We have timetables, we have scheduled work, we have releases planned for Gen Con or Essen, we try our best to do everything as planned. But above that, above planned release date, above marketing and buzz opportunities, above all of that is just ‘Not good enough. Trash it.’ The mantra that keeps prototypes on playtesting tables as long as it is needed.

We wanted Tides of Time for Gen Con. We wanted it really badly. Gen con release is huge for every publisher on this planet. And yet, there was no single moment of me, Kristian or Ignacy saying ‘Stop trashing. We need to go to production stage”. We had a layout. We had artwork. We had the box ready and yet there was a struggle, there was testing, there was trashing and looking for best set of 18 cards.

We have them. We have 18 cards. Cards that can shake things. Cards that are balanced. Cards that work in many different ways. We landed a Boeing 747 in a phone booth. Here, at Portal Games everything is possible.