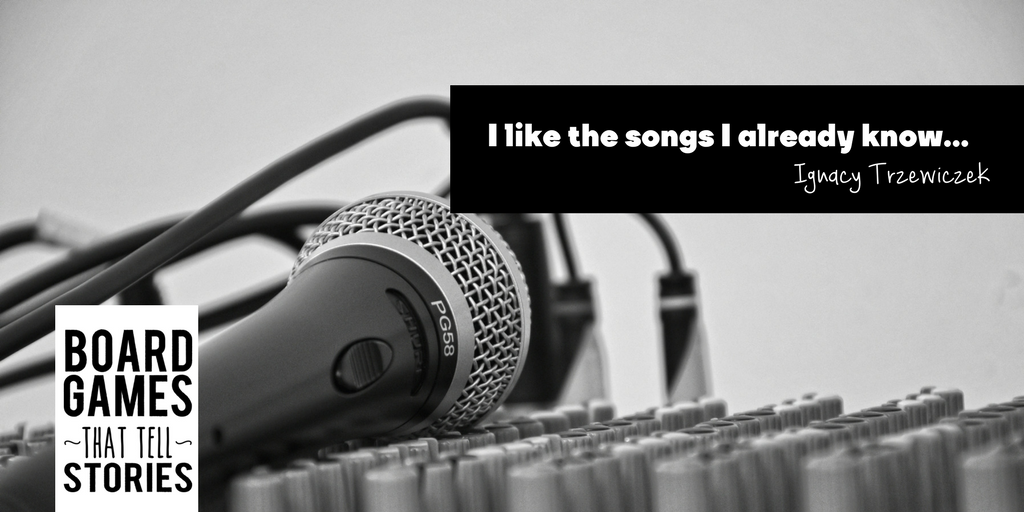 Ignacy would like to sum up his works on Aftermath expansion for Cry Havoc, as the Cry Havoc celebration month has just ended.

I could talk about expansions for hours. I have a quite a few under my belt and I learned a lot each time I designed one. Each time I sat at my desk with new ideas for expansion I did some mistakes. Most often it was giving too much. Most often trying too hard. Most often it was overdoing it. My personal record? I think it was Undead expansion for Stronghold. It basically doubled the amount of content in the base game and added new rules for every new piece. Instead of orcs, there were vampires, instead of heroes, there was a priest, instead of Victory Points, there was Time Victory Condition, instead of wood, there was mana… I literally took every single rule of the base game and changed it. It was an insane experiment. Those players who adjust to all the new rules and managed to actually play it praised the expansion. Everybody else called me a madman.

It’s 2017. I just finished working on another expansion. It is called Aftermath and it expands one of the major hits of 2016 – Cry Havoc. What mistakes I did this time? Well, you tell me in a few months. Now, let me tell you how I approached the design.

There is this old saying that goes like: ‘I like the songs I already know’. It’s human thing. We do like the things we already know. People don’t like change. This is a pretty darn important to have it in mind when you sit to design the expansion. Why?

Don’t change the game he already likes. Why would you do that?

Every single game now the player will choose 3 structures to play out of 6 available. He or she will choose 3 skills out of 10 available. The number of possible combinations, level of replayability goes above the roof.

But the most important lesson, lesson learned for years of designing expansion is the one – we didn’t change the base game. Fans of the game will stay fans of the expansion. They get what they love. They just got more.

Well, I might lie to you a bit. Just a bit. A little bit. We do change one rule. Expansion offers one small change.

What can I say? Players asked for it.

The base game of Cry havoc has this unique feature – length of the game is not fixed. It changes depending on how players play. It is a pretty unique solution, it is a great tool to build tension and motivate players to fight from the very first round, but on the other hand, it might be really frustrating for some players when the game ends earlier than they expected.

Aftermath introduces a new rule – instead of shortening the game, we add new scoring events, new ways to gain points, a new way to engage players with the game.

Yes, we changed base rules. Yes, we make a game they loved a little bit different. Yes, I hope, players will love it!

Aftermath is a few months of hard work. It is a struggle of all my playtesters and design team. It is adding more than 30 brand new abilities to the game, it is giving players more replayability they could ever dream of.

But what’s most important, it is an effect of all lessons I learned for years. Aftermath is like a song you already know. It’s your good old Cry Havoc. With twice as many powers. What’s not to like?

Original post on Board Games That Tell Stories Blog on BGG: https://boardgamegeek.com/blogpost/69423/i-songs-i-already-know