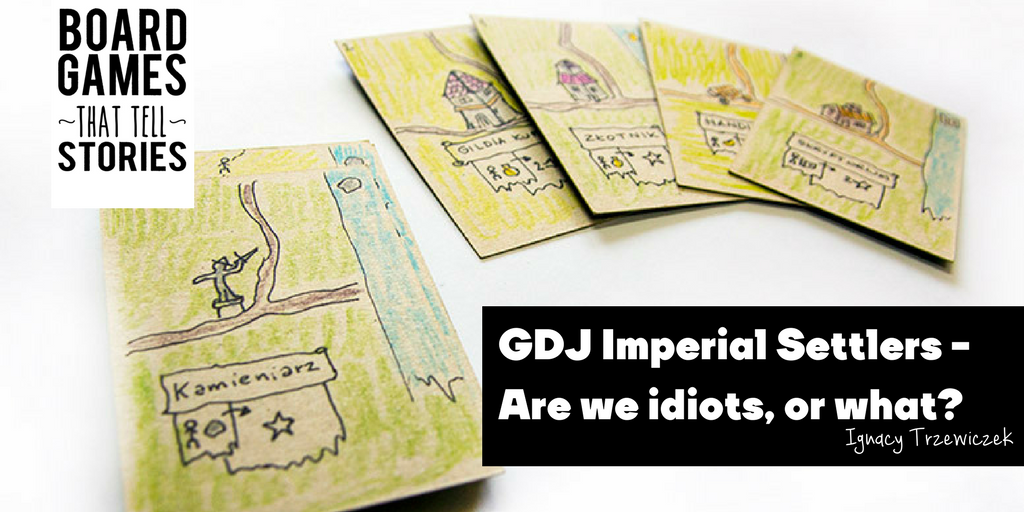 The expansion was supposed to increase interaction between players, make the game more brutal and aggressive and it was supposed to mess with the faction cards. The goals were clear. The title – We didn’t start the fire – was awesome. We were so much ready.

Asia prepared the first prototype. She came with this really neat idea that instantly blew my mind – instead of razing locations (that means removing them from the game), players would steal locations. The card is not removed from the game. It just changes the owner. It’s a border war, those locations that are near the border are always in trouble, the border moves – sometimes you are part of this country, sometimes the border moves and you end up in a different one. Pretty accurate, thematic and yet, brilliant in terms of gameplay.

I gave Asia green light and she built the prototype – 4 decks for 4 basic factions in the game. The cards from the expansion got this awesome new icon that represented Border Post. These were buildings and villages that were closest to the border and were in danger. Another player could virtually move the border and steal one of those with the Border Post icon.

We played. It was really promising. Once again I said to Asia it is a good direction and she should continue. She played with the rest of the play-testing team, everybody liked it, Merry, Greg, Marek, everybody was saying good things about the expansion.

And one evening, like two weeks into the intense playtesting I was sitting at home and it struck me – when you play against the deck that is not built with We Didn’t Start The Fire cards, but regular ones, like 3 is Magic Number or any other… The other player won’t have any cards with Border Post icon. You won’t be able to move border, steal cards, because of no Border icon. You won’t be able to play!

Are we idiots, or what? How we missed that?!

I sent a text message to Asia. ‘We start from scratch. I found a flaw. It breaks the whole idea. I am sorry.’