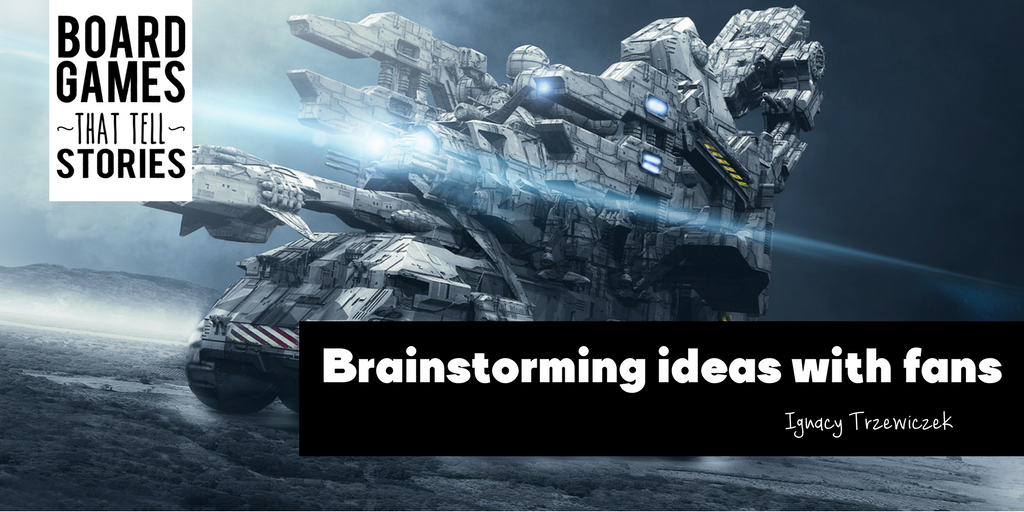 It’s not a joke. It’s not marketing bullshit trick. It’s our conscious and serious strategy. Get fans involved. Results are remarkable. Let me show you few examples.

Late 2012 some dude posted on BGG a ‘Naturalist’ scenario for Robinson Crusoe. I contacted him and thanked for support for the game. In reply, he sent me additional mission as a gift for me. A few months later Portal Games published HMS Beagle campaign. Epic, mindblowing expansion for Robinson Crusoe. Designed by this exact dude from BGG (with my help). His name is Robert Manson and he changed the way I think about Robinson Crusoe. Robert is the reason I can now work on The Lost City of Z. He opened my eyes, back then in 2012.

Neuroshima Hex is our evergreen board game, still active and popular after 12 years since its release. Since 2007 we released 12 official expansions with Mephisto, Dancer, and Uranopolis being initially created by fans, posted on BGG and then picked by us as absolutely stunning ideas and fan content that may be published as an official expansion.

Let’s face it. Fan ideas are not always awesome. Often they are not balanced, shifted in one or other side too much, focused on one aspect that is the area of interest of the fan. Fan designer often doesn’t see the whole picture, the whole mechanism of the game. There is always a ton of work to develop these ideas and make them work smoothly with the whole engine. Michał Oracz, after developing Dancer, Mephisto and Uranopolis asked Portal Games to give him chance to do few his own armies instead of developing another fan army – work with adjusting fan content to the game system was really a massive task. Fan created HMS Beagle ended up with my name on the box, because the amount of work I needed to put into it so it worked well, was much more significant than I expected at the beginning of the work. From all of the ideas we received for Cry Havoc new ability contest, there was not a single one that we were able to publish as it was initially entered.

The work, the polishing, the development are all low price for opening new doors.