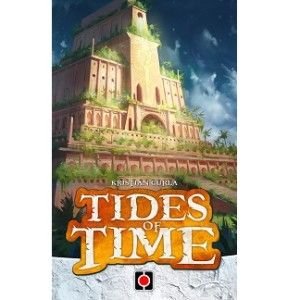 You may wonder why everybody is raving about this Tides of Time game. A set collection, drafting game for two players. I collect Castles, you collect Gardens, I get 3 points per Castle, and you get 7 points for majority in Gardens. We draft cards, collect sets, then we score points.

Is it that exciting? Really guys? Is it reason to rave about?!

C’mon, let’s face it – it just sounds dumb. It sounds like a game you could invent in five minutes, writing it down on a napkin while sipping coffee in Starbucks. And I tell you, it gets even dumber. There is this stupid Game Designers Journal article about developing the game for a couple of months… What the hell were they developing for a couple of months you wonder? It’s 18 cards for God’s sake!

Hi. My name is Ignacy Trzewiczek. I was developing this game and I am here to tell you what I was doing for this seven months.

This is all 13 cards. I did not touch them at all.

Except for the King’s Nest (Win all ties) and The Eye of North (Score for each suit you don’t have) were introduced very early and I did not develop them too.

Basically by developing Tides of Time for seven months I meant we were working on three cards.

Do you want to know more? 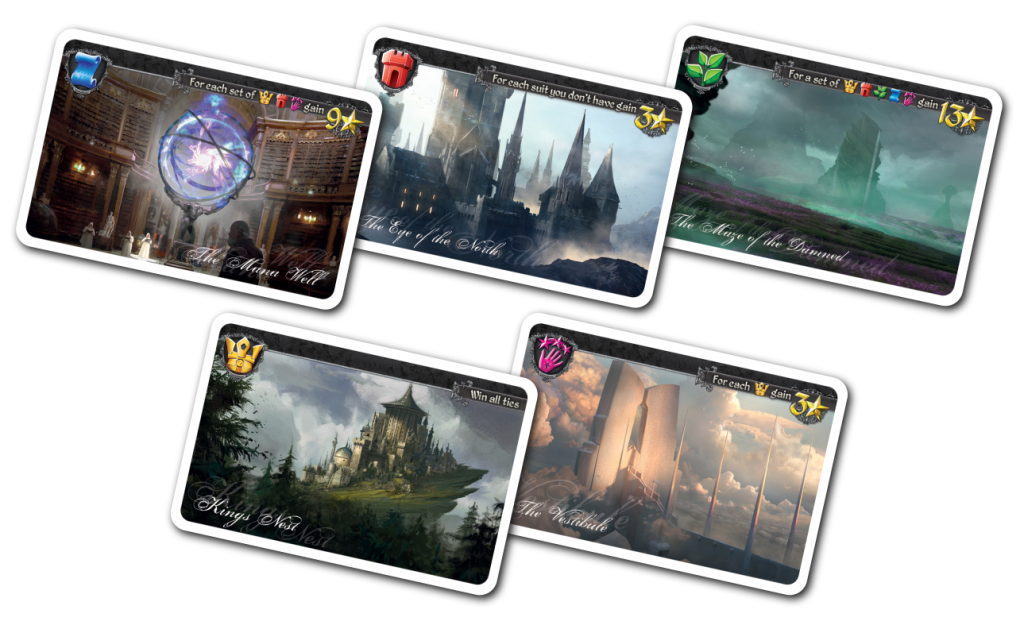 It’s a perfect information game – players know all cards, they exchange them, they clearly see what opponent does and what he plans. With every round, with each exchange of cards they see what’s going on.

Unless we shake the box.

King’s Nest, The Eye of the North and those three new cards were our shaker. They are magic wand that changes boring perfect information drafting game into an exciting duel.

‘For scoring the highest with a single card gain 8 VP is a pretty strong card. In this game, 8 points is a big deal. But you are drafting cards and actually it is not that obvious that you will manage to score highest. You don’t know yet. You have to bet. You have to assume, you have to plan and fight for it. Either you achieve it, or you will score zero points.

‘For majority in suits with only one card gain 8 VP’ is another example. Again, 8 is a good number, but it takes lots of work to draft cards in a way to achieve it and trust me, your opponent will do his best to screw you.

‘Double the amount of your most numerous suit(s)’ is my favorite. It may bring you so many points… and it may bring you nothing. This is hardcore duel or outsmarting opponent. This is extremely fun card, it is card that changes whole round in a duel for ‘how it will actually work.’

Such ambiguous cards, uncountable at first, build this game. They give the players a chance to bluff, to bet, to try to achieve something more than just ‘Have more Gardens than opponent’. That’s why people love the game so much. That’s why they want rematch the moment they finished their first game. That is why there is always something to fight for.

That’s what people are raving about. That’s why we spent 7 months building the game. Building The Shake.