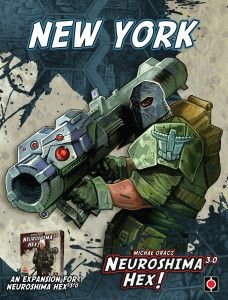 New York, the last bastion of man. At the start of the War, the Moloch believed New York was ruin. A few atomic bombs tend to do that. Thankfully, many survived, and in arrogance, Moloch ignored the city while focusing on destroying humankind elsewhere. Big mistake. Humans might be frail, but we are also damn stubborn.

The city rebuilt. Walled itself off from the outside world. By the time the Moloch learned what was happening, it was too late. Humankind had fortified itself from the outside world. New York survived, and that meant hope for humanity. Highly trained soldiers travel the ruined land in search of survivors and supplies. Within the walls, the citizens of New York train and prepare for the inevitable… to defend their beloved city.

The New York army builds on some tile types released earlier in the year with Mississippi and Steel Police. There’s also a new unit or two which changes everything. 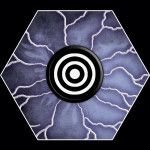 Foundation Tiles – New York has a new Foundation Tile: Mine. Any unit that is moved onto (or Pushed!) the Mine is immediately destroyed. Don’t go getting all excited though, it doesn’t hurt HQs. 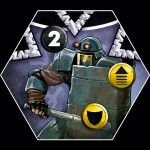 Pusher – If you like bullying your opponent around the board, the Pusher can get the job done. Once per turn, he gets a free Push action. 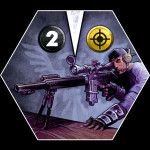 Sharpshooter – First appearing in Mississippi, Sharpshooters get to choose which unit they hit in a straight line. This means you don’t automatically shoot the enemy tile closest to you. You can choose to shoot over them! 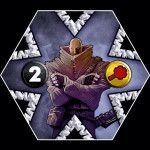 Spy – This is an all new Unit type which gives you the ability to use enemy Modules. How many times have you wished you could use an opponent’s Officer? Now you can! 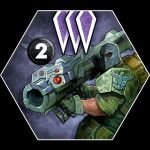 Rocket Launcher – Saving the favorite for last. The Rocket Launcher (that’s right, there’s only one) is everyone’s favorite tile when they first read the army sheet. It hits for 3 wounds, and it doesn’t have to move in a straight line! How cool is that?

If you like being on the defense, then New York is for you. The HQ bonus provides Toughness to your attached units. Set up that shield wall around your base and send in the snipers to hit your enemy from a distance. Your opponent should take every opportunity possible to occupy the spaces around your HQ, so be sure to set up your defense quickly.

If you go on the offensive, you’ll have to be sneaky. New York offers a wide range of various units and while that can be exciting. It can also be difficult to form a tight offensive plan. Instead, each unit acts as its own micro-army and needs to be able to protect itself while dealing out wounds. Your Spies are key in this strategy. Abuse your enemy Modules to overwhelm their units and set up your Sharpshooters to slowly take care of their HQ. It can be a waiting game, and that’s okay. Remember: you don’t have to kill their HQ, you just have to deal more damage before the final battle.