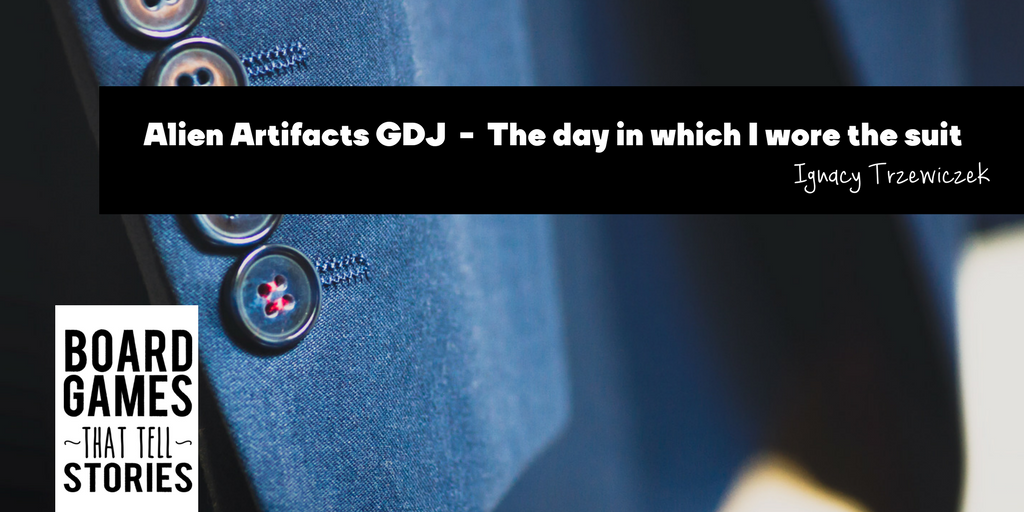 I remember it as if it is yesterday. It was a game event in a city near by. The event was small, and pretty much nobody came. I was bored to death.

We were sitting at the table chatting. Suddenly, without any warning, he asked me to play his prototype. ‘It is published by Trefl later this year’ he said. He was still play-testing and looking for feedback.

My whole body screamed ‘No!’

We played. It’s not that long game as I was afraid. We were done in a half an hour.

‘How long we know each other?’, I asked him.

He looked at me surprised. He said nothing.

‘We met for the first time in Cracow, in Szeherezada store, late 1999 when I was presenting Portal magazine. We know each other for 16 years now.’, I said.

‘So why the fuck you went with this prototype to my competitor?’ I asked.

He looked at me with a pure shock painted on his face.

He’s asked for a feedback. I bet, he didn’t see feedback coming in that way.

I was pissed off.

‘You have this reputation…’, he started.

‘What reputation?!’ I asked.

‘You trash every prototype you get. Everybody says that.’

OMG. Now I was really pissed off.

I loved that prototype. I asked him if I can get it to play with Merry. He gave me a copy he had with him. I played more at home. I enjoyed every minute of it.

So I took my phone and I called him.

‘I am going to publish this game’ I said.

‘I told you Ignacy, I already signed with Trefl. They are releasing it this Essen’

‘I am going to publish this game.’ I said.

Then I called Trefl and set a meeting.

I got to my car and drove to Trefl HQ with a super simple mission – ask them to cancel their Essen release and give me rights to the game. Quite the mission.

That is why I thought I’d better wear a suit.

It was a long meeting. It was me telling them how much I believe in the game. That was me explaining to them that the game needs ‘geeky’ publisher – the guy who can develop it, who can produce it, who can market it for the geeks. Explaining to them that I am the man who knows all about that shit, that if Portal gets the game, it will be – hopefully – one of the hottest games of the year.

And then I opened my briefcase and papers landed on the table. Numbers were discussed. Data dedicated to Imperial Settlers – another great engine building game released by Portal was presented. Math was involved. A lot of math. A lot of options and variants. Print runs, different language editions, all that stuff.

And then it was time for the last stage – I put away numbers. I put away leather briefcase. I put away my CEO hat. For a moment I became grumpy Ignacy who trashes prototypes. And I started listing all issues that were still present in the game. The combat system sucks. There are no factions. End scoring is super fiddly. Technologies are too similar to each other. Planets are way unbalanced…

I tell this story – which covers a lot of behind the scenes and sort of confidential stuff – for two reasons. First of all, I want to give a lot of credit to Trefl, the original publisher of the game. The company could publish the game for Essen 2015. That would be a solid release.

They didn’t go for a solid release though.

They decided to do what’s absolutely the best (in their, in designers and in my opinion) for the game. They proved highest standards, letting me – publisher more experienced with geek games – release the game, hoping for a great success of the game. I can not express how much I respect Trefl for making this hard decision and going to support the game and letting other publisher do it. Respect to all people who were responsible for making a call.

The second reason I tell this story is super simple. I wanted to show you black and white, in the most honest and transparent way how much I love the game and how much I believe in it.

I went to the HQ of my competitor and convince them to give me the freaking rights.

You got the picture, right?