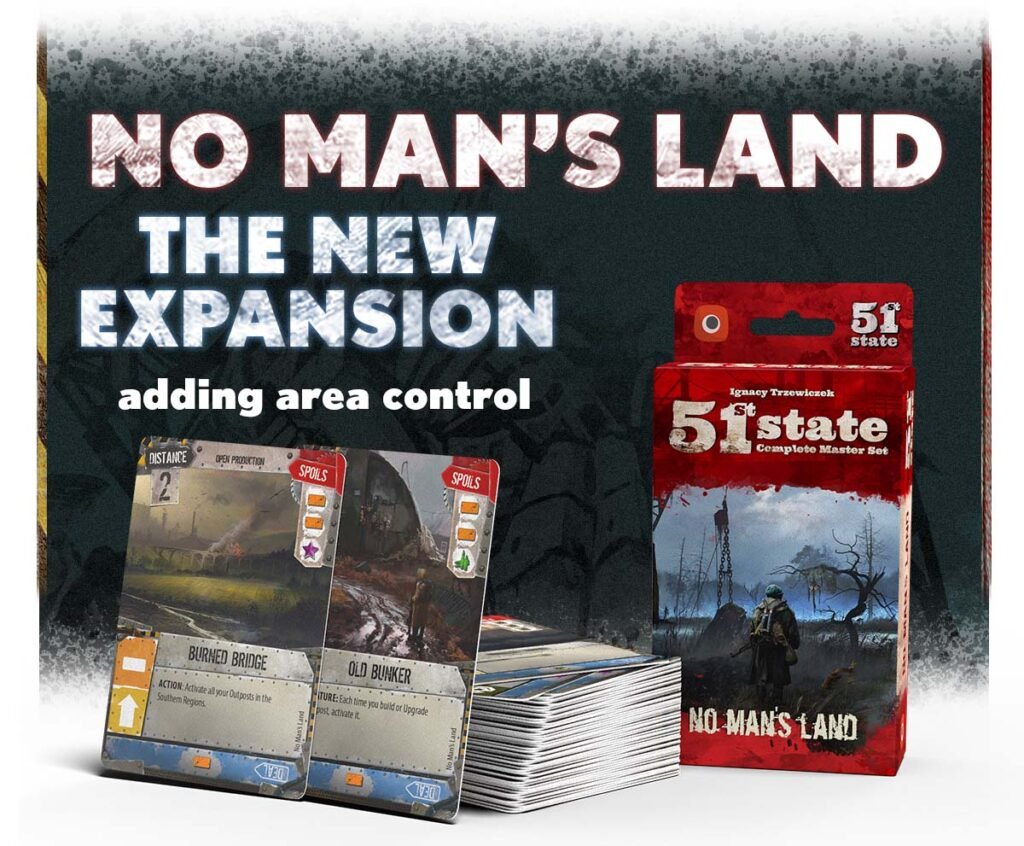 No Man’s Land, the new expansion, gives 51st State a completely new dimension by introducing an area control mechanism – all players try to gain control over a contested territory.
Players spend their Contact tokens not only to interact with cards from their hand, but also to interact with the No Man’s Land board. The board represents regions close to players’ factions and is divided into nine areas, with each area providing different bonuses. Players can build their bases and outposts there to get advantage of the region and gain resources and Victory Points.
The never-ending push and pull between players adds a great deal of player interaction and keeps everyone on their toes until the end of the game.