Batman: Everybody Lies is a great game night experience for you and your friends. In the game, you play the role of investigators in Gotham City and pursue leads to uncover the truth drowning in a sea of crime.

Here are 5 facts about Batman: Everybody Lies:

1. The game comes with a Prologue and three big Episodes that each offer between 2 and 3 hours of gameplay.
2. In the game, players interact with some of the most iconic characters like The Penguin, The Scarecrow, and best of all, Batman himself.
3. The game introduces the Personal Goal concept to represent the theme of mistrust and secrets in every corner of Gotham City.
4. Similar to fan-favorite Vienna Connection, each Episode in Batman: Everybody Lies has 24 cards. Additionally, each Episode has Personal Goal cards and a Scene deck that features beautifully illustrated comic book panels.
5. Batman: Everybody Lies is the first game in the line, and fans should expect more Episodes with other iconic villains like The Riddler or The Joker. 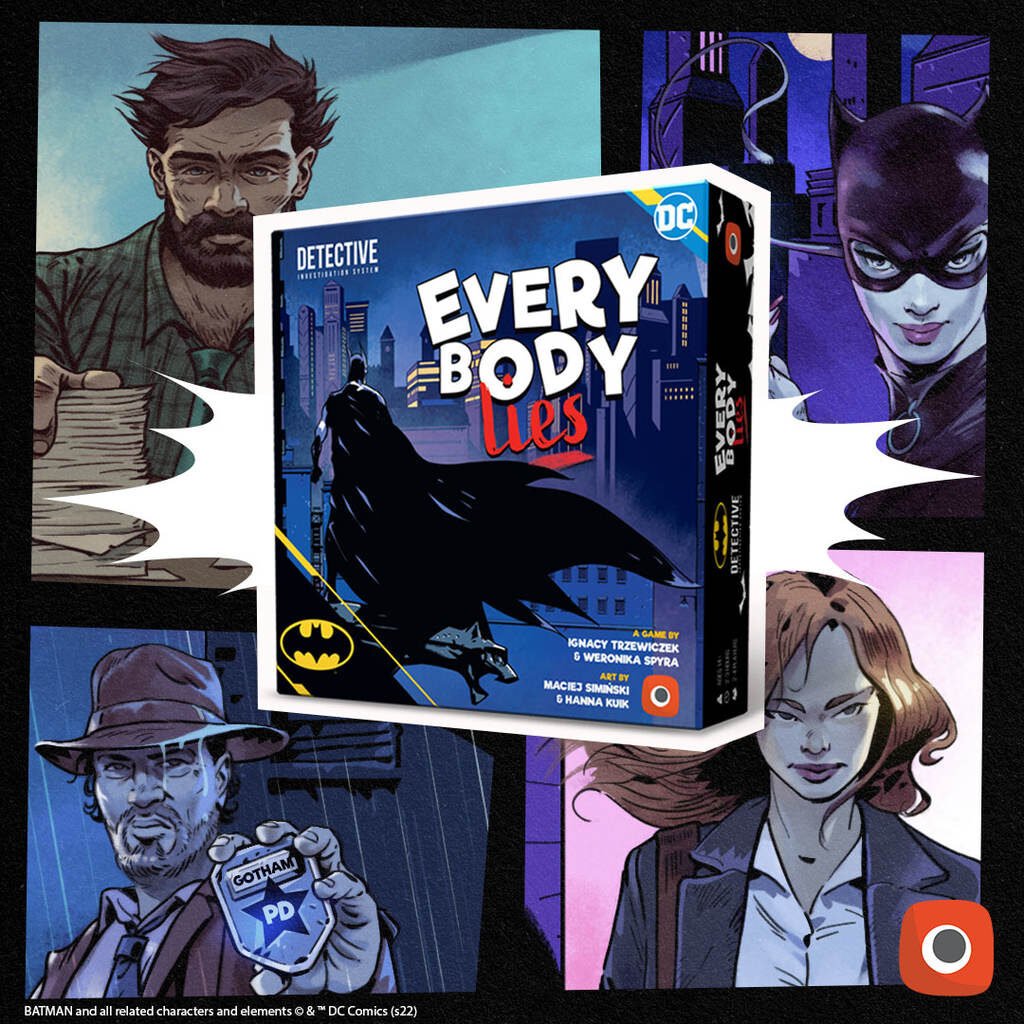